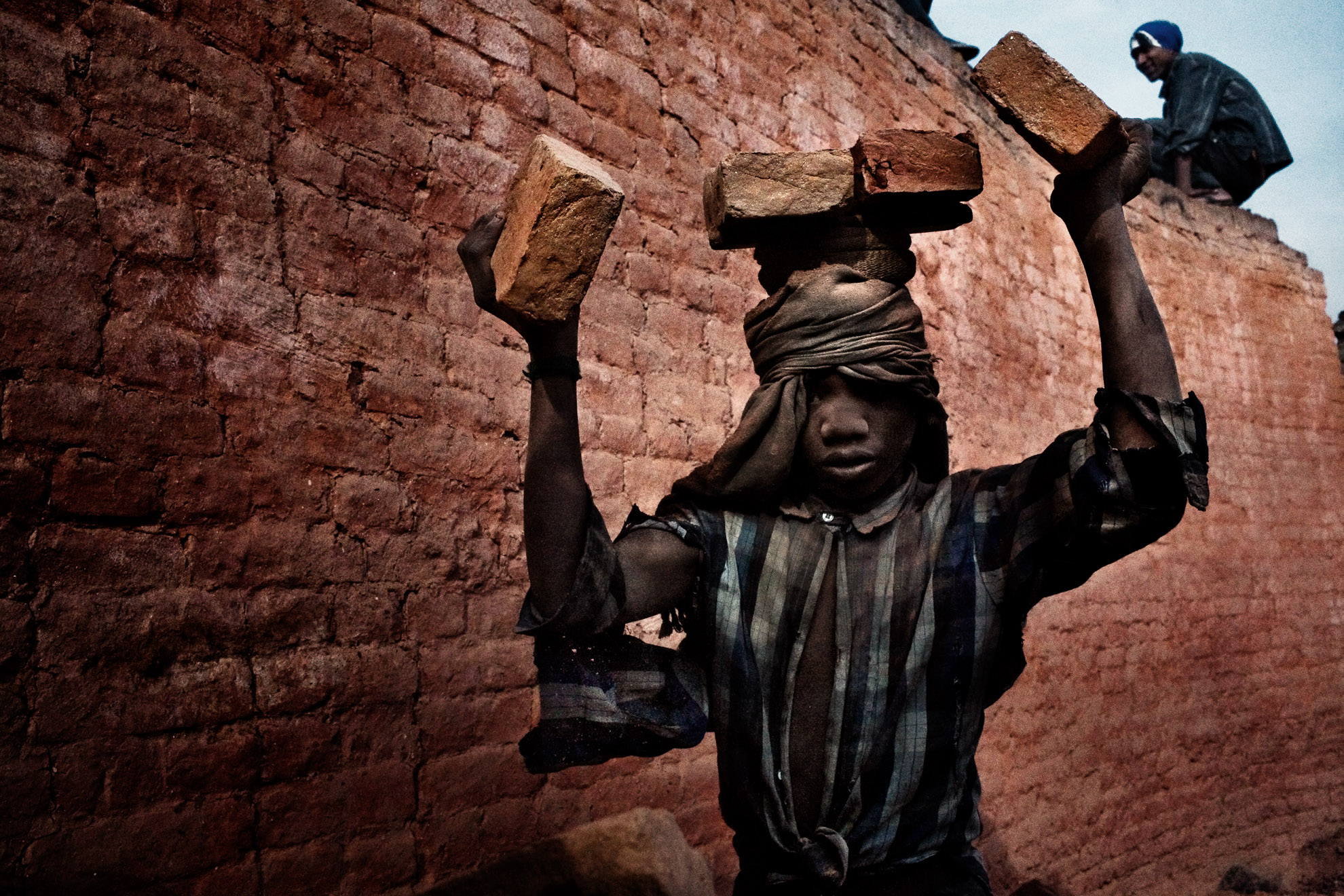 1. An estimated 60 thousand minors work close by to brick furnaces in Nepal. It is short-term employment, carried out in dangerous conditions, for 12 hours per day. The daily pay varies depending on the number of bricks handled and it is about 1$ for every thousand bricks carried.

Over a billion children worldwide do not have access to the medical care sanctioned by the Convention on the Rights of the Child of 1989, hence violating their human rights. TheWordless Children project was established as a means of communication, using the international language of photography, with the aim of raising public awareness and giving credit to those working for the safeguard of children rights.