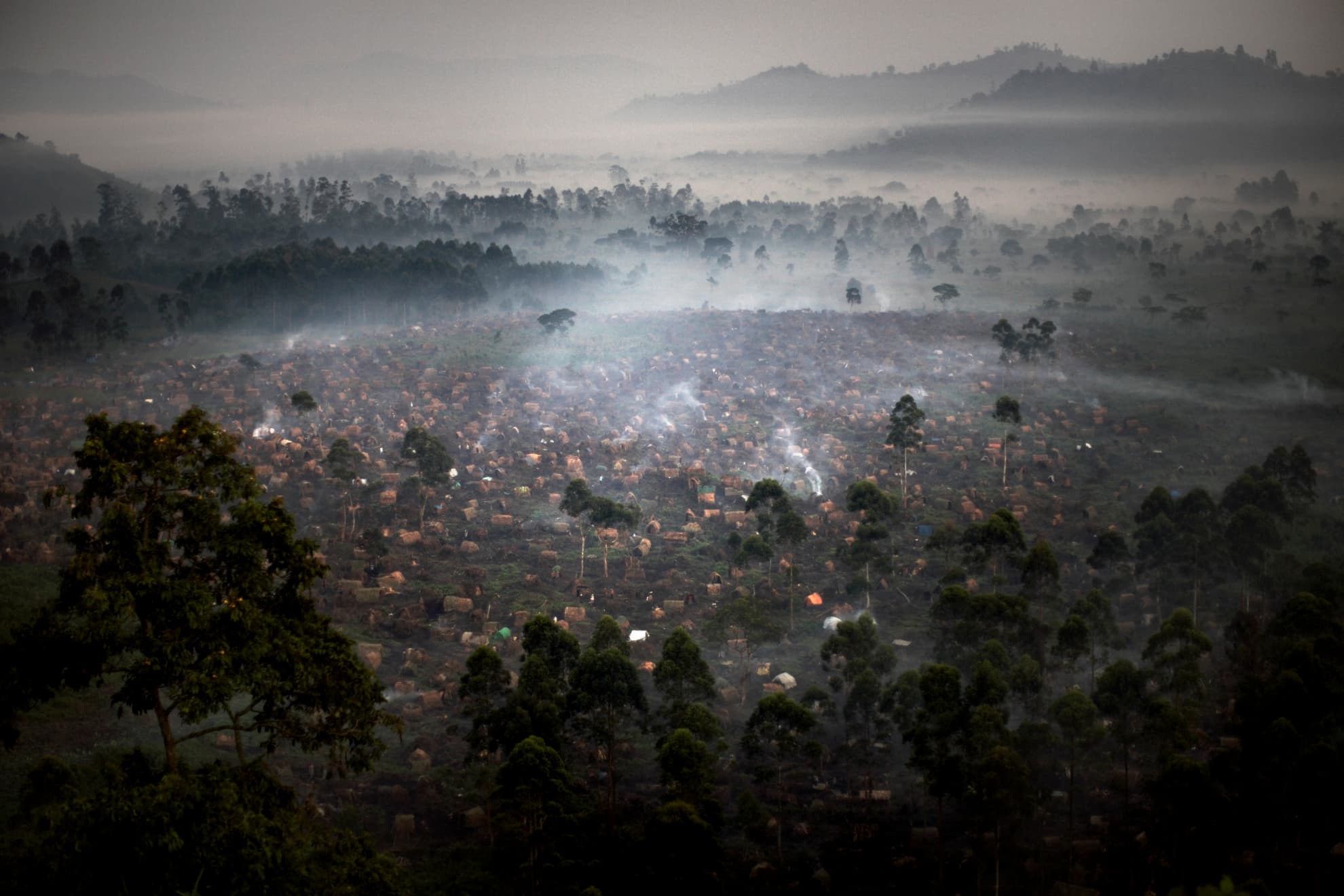 1. The Chefferie Internally Displaced Persons site, home to some 4,000 people, in the town of Kitchanga, North Kivu, Democratic Republic of Congo. The Democratic Republic of Congo remains in turmoil 6 years after the formal end of the 1998-2002 civil war. As the various rebel groups continue to clash in the eastern provinces the local population continues to experience unimaginable suffering with some 850,000 displaced in North Kivu province alone. 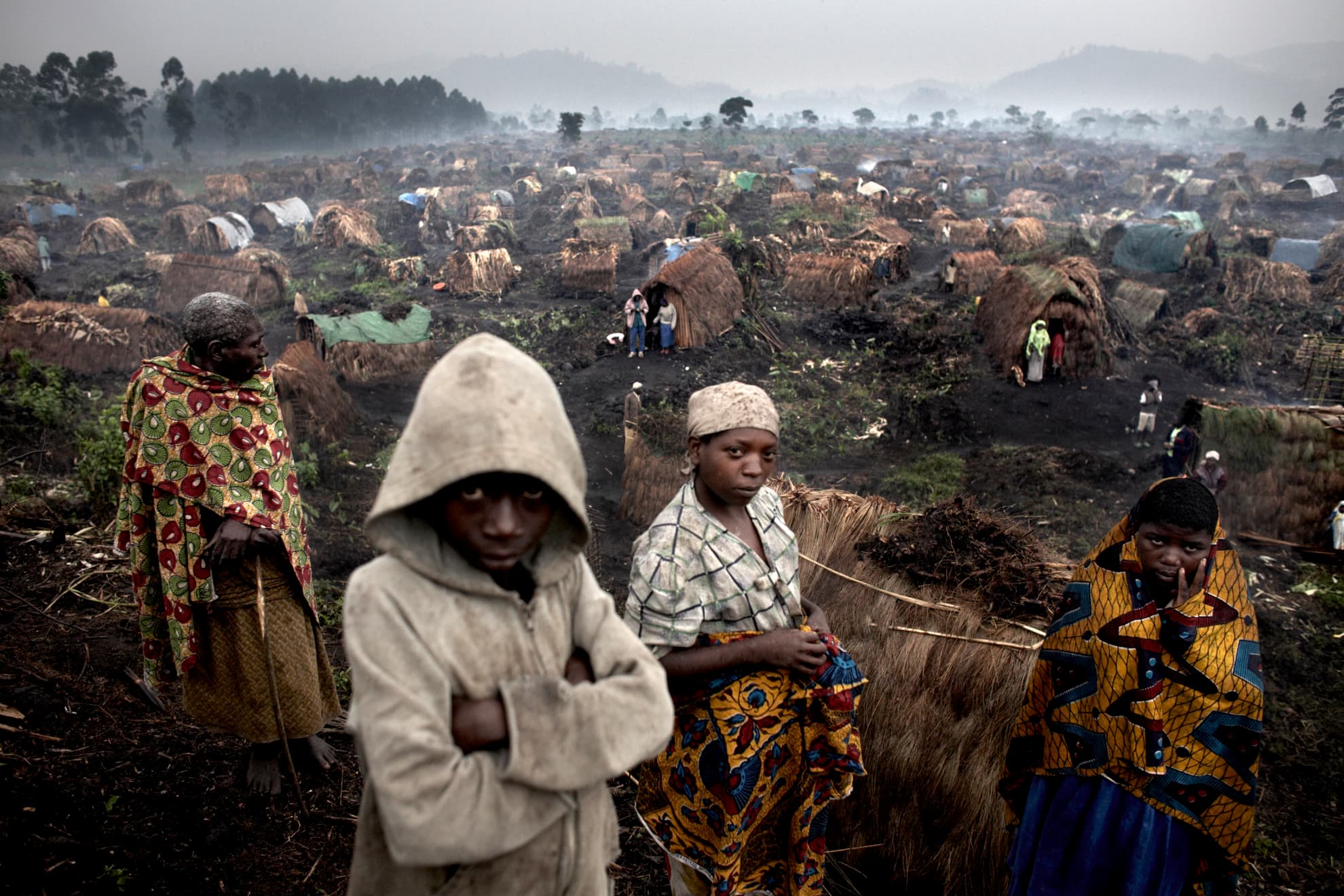 2. Internally displaced persons stand in the rain in the Chefferie IDP site, home to some 4,000 people, in the town of Kitchanga, North Kivu, DR Congo. The camp started to form in Oct/Nov 2007 and as of Feb 2008 still had not received humanitarian assistance due to the instability of the area. 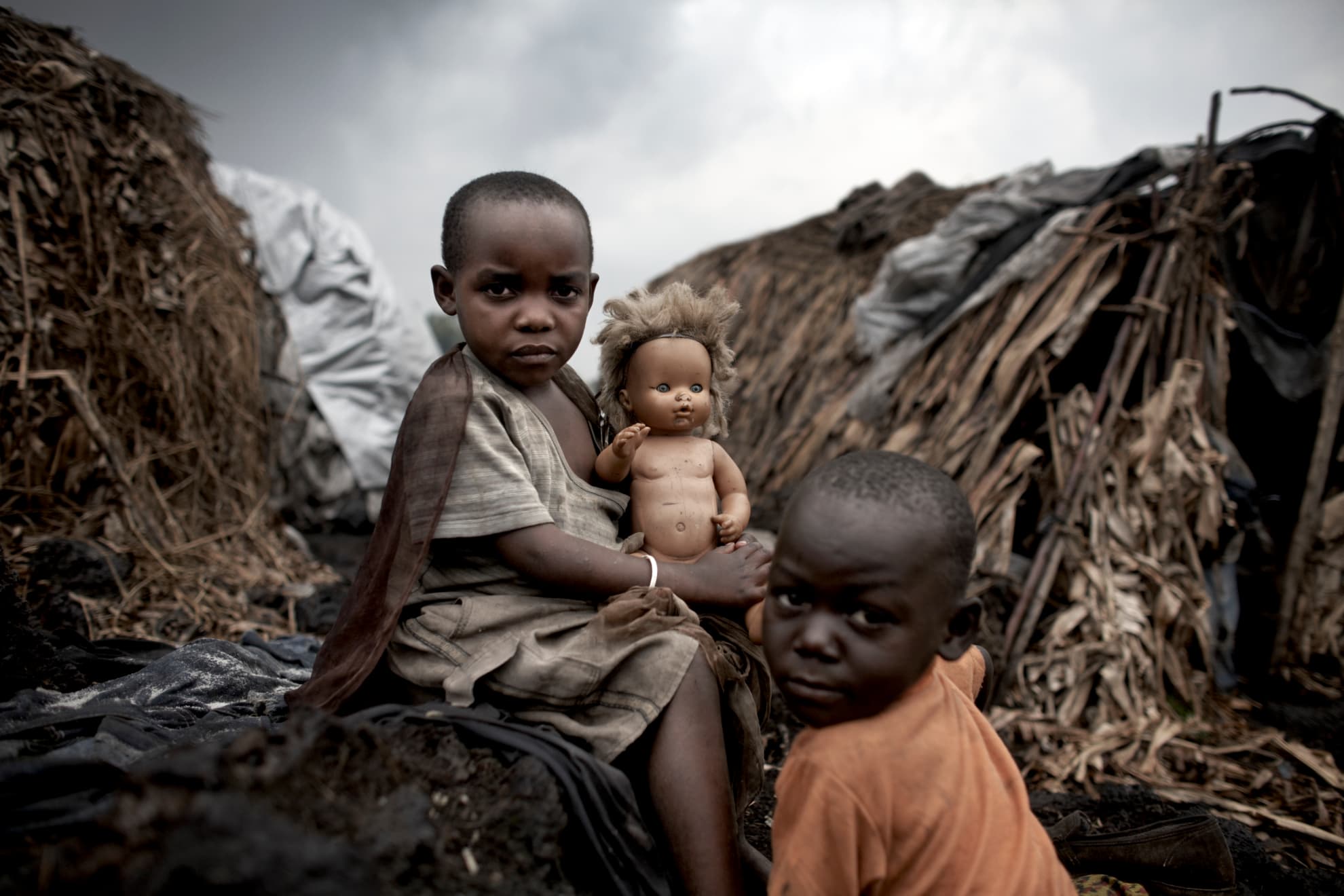 3. Displaced children sit outside their makeshift homes in the Mugunga 1 IDP site, home to some 10,000 people, in Goma, North Kivu, DR Congo. Children have inevitably suffered most because of the conflict. 5.4 million people lost their lives over the past 10 years in DRC and since 2004 children have accounted for 47 percent of all deaths, largely due to malaria, diarrhea, pneumonia, malnutrition and other preventable diseases.

The Democratic Republic of Congo has been in turmoil for six years following the official end of the civil war that rocked the country between 1998 and 2002. With the various rebel groups still active in the eastern provinces, the local population continues to suffer unimaginable hardship, with some 850,000 people displaced in North Kivu province alone.

Andrew McConnell was born in Ireland and began his career as a press photographer working for a daily newspaper in Belfast during the closing stages of the conflict in Northern Ireland and the transition to peace.

Today his works focus on themes of displacement, post-conflict issues, and the environment. He has worked in-depth on issues such as the Syrian refugee crisis, e-waste in Ghana, the surfers of the Gaza Strip, and the conflict in the Democratic Republic of Congo, for which he won the Luis Valutena Humanitarian Photography Award.

In 2009, he completed a series on the forgotten Sahrawi people of Western Sahara, for which he was awarded 1st place in the portrait story category of the World Press Photo awards. A follow-up project on the issue of urban refugees was carried out in 8 cities worldwide and resulted in exhibitions in London and New York.

He is represented by one of the world's leading photographic agencies: Panos Pictures. 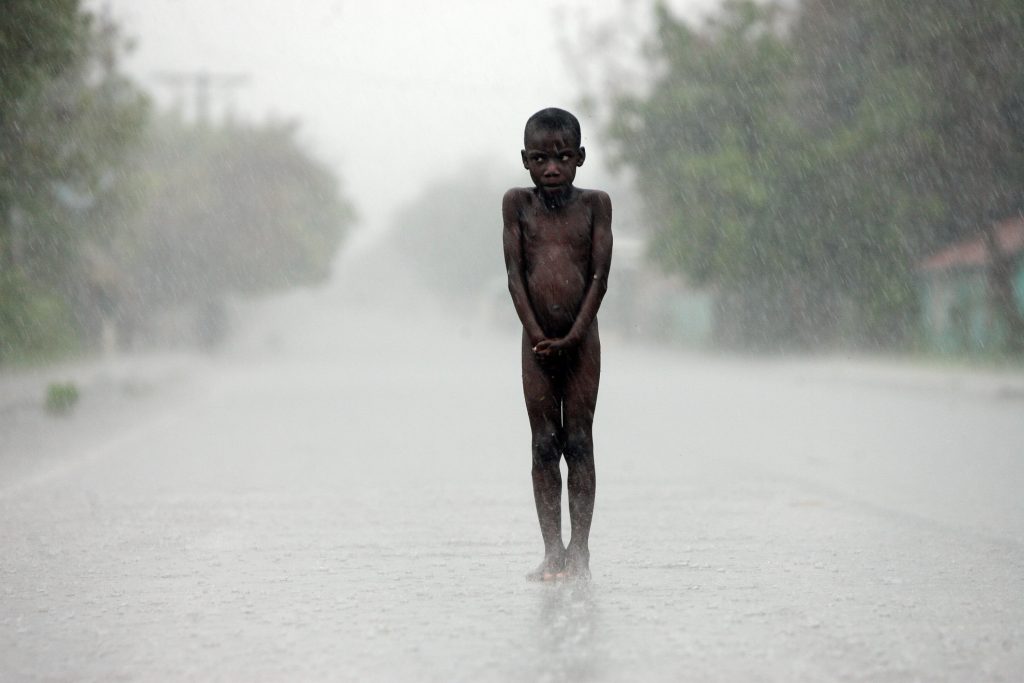 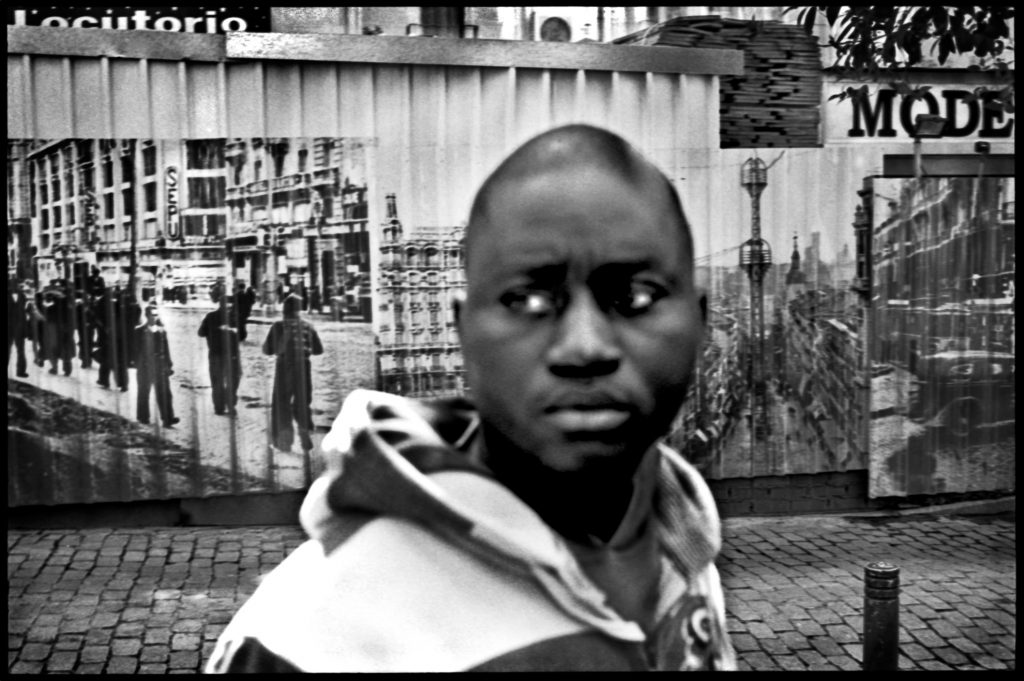