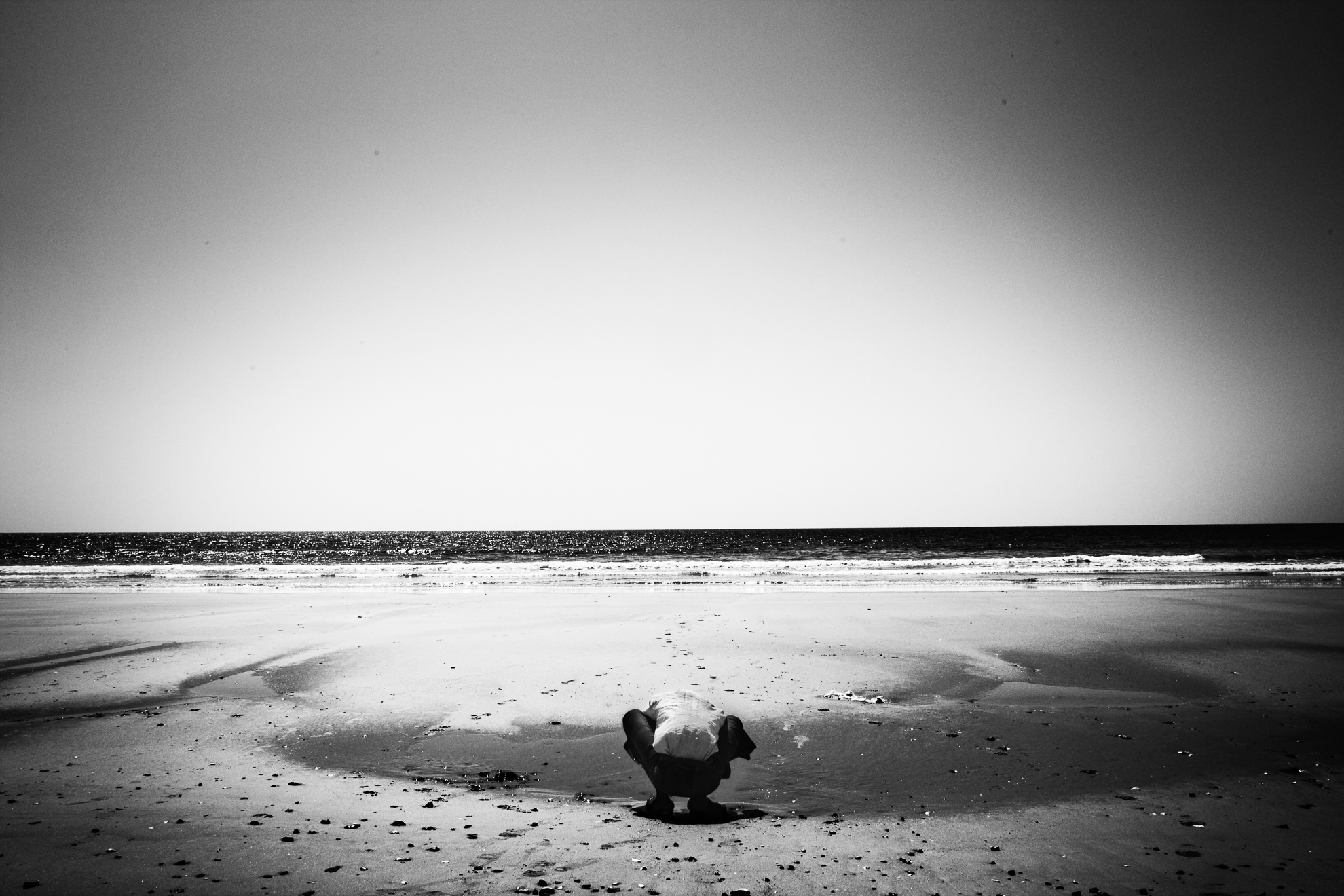 1. Somali refugee just landed to Al Baida (Yemen), beach next to a volcano off in the sand graves. This is reminiscent of many beaches on the coast of Yemen.

2. A somali refugee washes on the side of the road. Aden, periphery of the extremely poor neighborhood of Basateen.

3. A Somali refugee washes the windows of a car. Most of the washers along the streets of Aden are of Somali nationality, and they are always refugees.

These photographs are part of a series. Made for an assignment for the UN Refugee Agency (UNHCR), they depict the plight of Somali refugees who fled the war in Somalia and took refuge in Yemen.

Francesco Cocco (Italy) was born in Recanati in 1960. He started his career as photographer in 1989 telling about social problems of those living on the edge of society. In 2002 he began his project on prison conditions in Italy, which later became a book, “Prisons” (Logos editions) and was presented at Visa pour L’Image in Perpignan (2005) and at the Rencontres Internationales de la Photographie in Arles (2006).

In 2003 Cocco joined Contrasto. From 2003 he has been collaborating with MSF on a long-term project about immigration in Italy, lately published in the book “Nero” (Logos editions). In 2006 he is involved in the collective project Beijing in and out, and in 2007 he works in Cambodia for Action Aid, a reportage that will become part of the book ”La ruota che gira” (i.e. “The wheel that goes round”, Contrasto editions).

In 2009 his work on Afghanistan, shot in collaboration with Emergency, got him among the finalists of the PhotoEspaña Ojodepez Human Values Award.