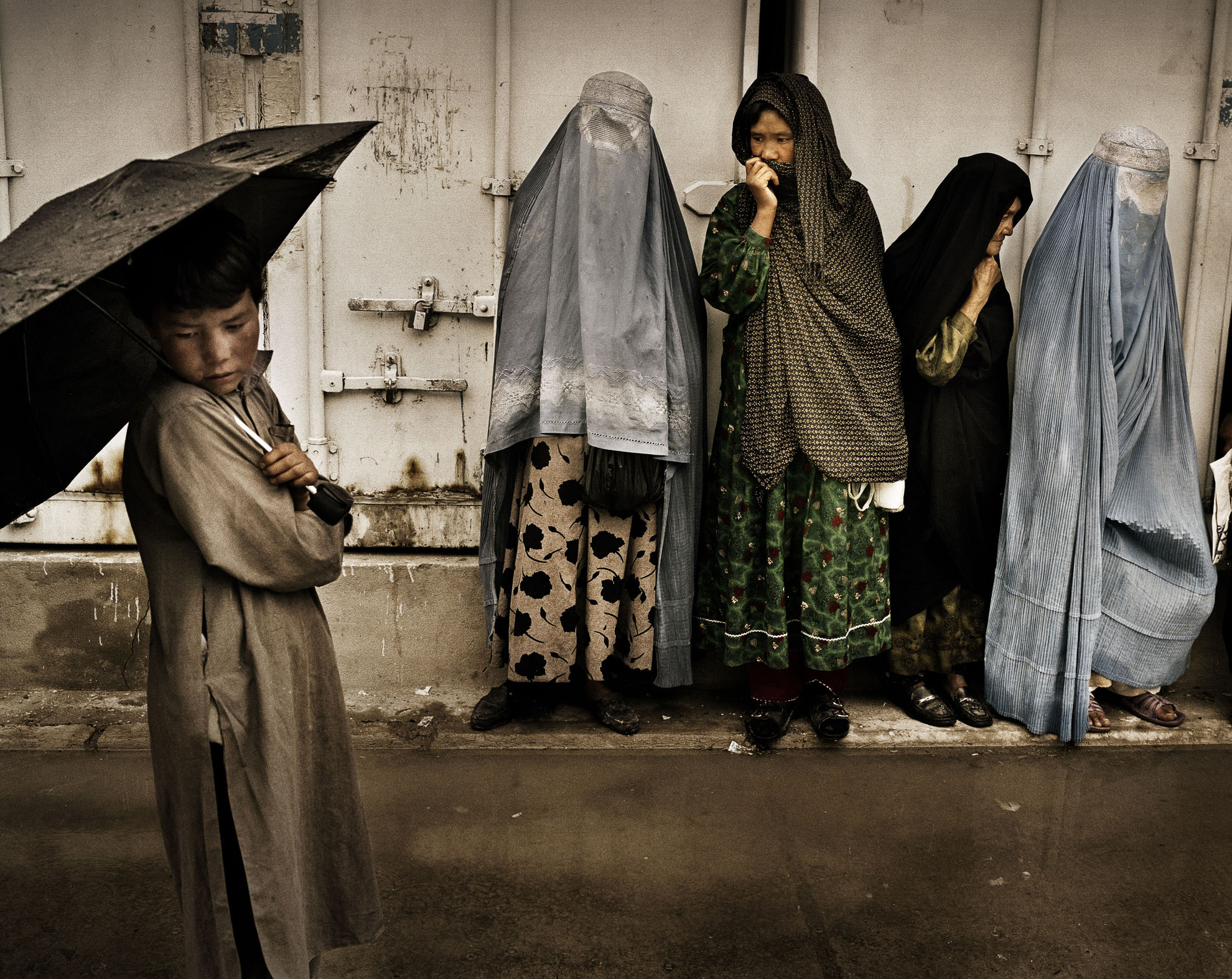 Patients lined up waiting for the food distribution. A nine-year-old child waits with his mother to help her carry the food back home. Tuberculosis and Infectious Disease Hospital, Kabul, Afghanistan, June 2007.

Riccardo Venturi was born in Rome in 1966. His interest in photography began during his last years of high school and led to his studies at the Istituto Superiore di Fotografia in Rome. His career as a photojournalist began in the late 1980s, covering mainly national and European news and events, and such themes as immigration and student activism. A personal research project on the city of Naples, and an investigation dossier into the scandal surrounding the Irpinia Earthquake Fund, led to a series of publications in leading Italian magazines and newspapers.

Over the 1990s he broadened his field of interest to a more international focus. Projects included reportage on conditions in Albania after the communist era, an investigation of child prostitution in Thailand, and of Nazi skinheads in Germany. In the mid-1990s his attention was mainly drawn towards countries in conflict. Work on Afghanistan won a World Press Photo prize in 1997, and in 1999 Venturi was awarded a Leica Honorable Mention for reporting the war in Kosovo.

His coverage of conflict zones has also taken him to Sierra Leone, Burundi, Somalia, Liberia, and Rwanda. He has also covered significant international events, such as the tsunami in Sri Lanka and Indonesia, and the earthquake that struck Iran in 2004. Currently, Venturi alternates between international news and personal projects. He often works in collaboration with humanitarian agencies, such as the World Health Organization, with whom he has been working over the past two years on a project about tuberculosis worldwide. A project on work-related deaths and disability-causing accidents became a book, as did one focusing on Middle-Eastern identity. Venturi joined Contrasto in 2001. In 2007 he was given the UCSI award, and in 2008 won the Marco Luchetta award.