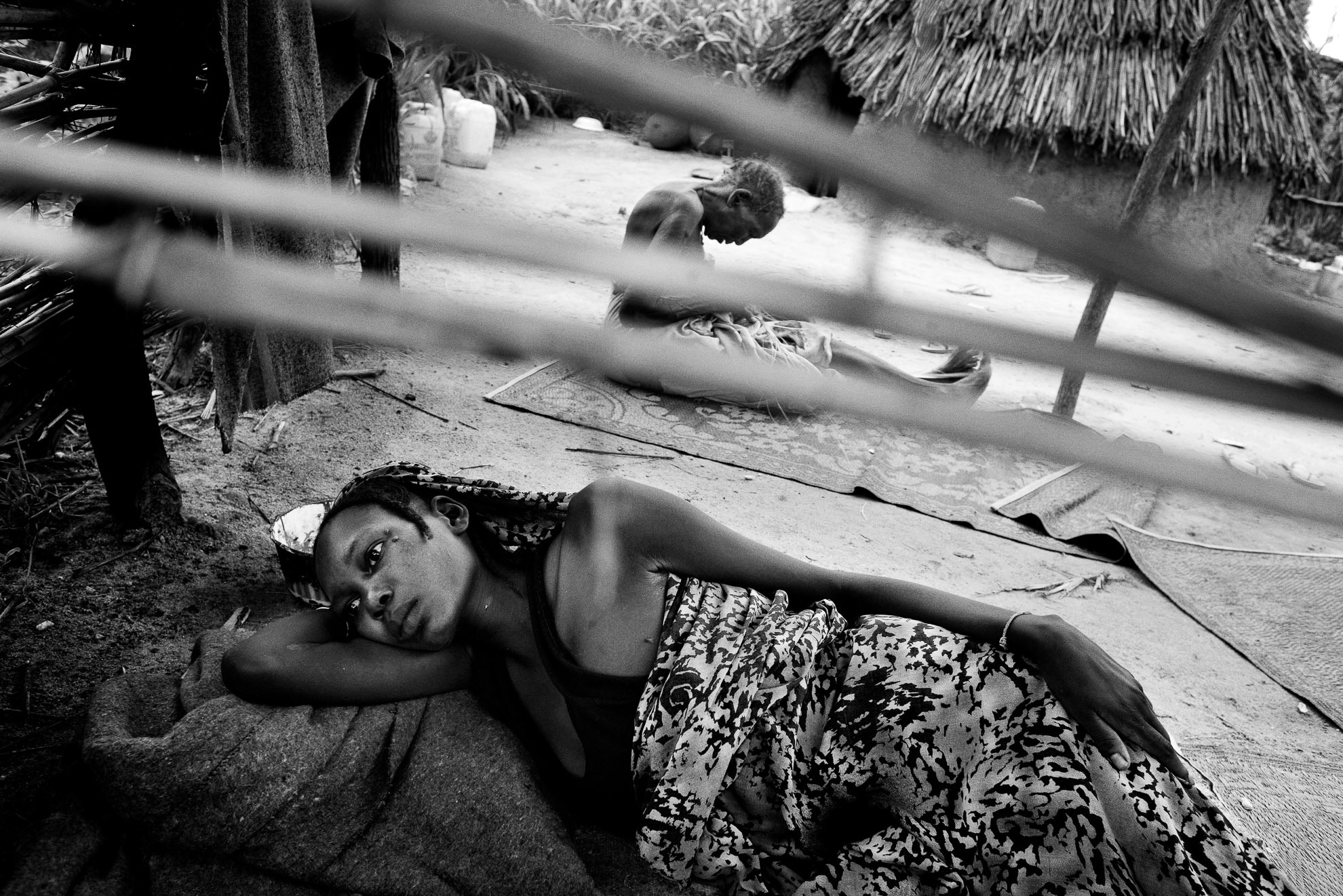 1. A woman beaten by her ex-husband and now paralysed in the Ardamata Internally Displaced Person camp in Darfur, Sudan. This image was taken during my last trip to Sudan and Chad in August of 2007.

A woman abused by her ex-husband and now paralyzed, in the IDP camp in Ardamata, Darfur, Sudan. The picture was taken during my last trip to Sudan and Chad in August 2007.

Getting a government visa to enter Sudan is still very difficult. The people I visited who were displaced from their land are now sheltered in camps without any security. They live in difficult conditions, are malnourished, and in severe poverty. The World Food Programme and the UN Food and Agriculture Organisation give them all possible support, but the political situation in Sudan and Chad is far from changing. We have to do something to stop their suffering and ensure a decent life for them.