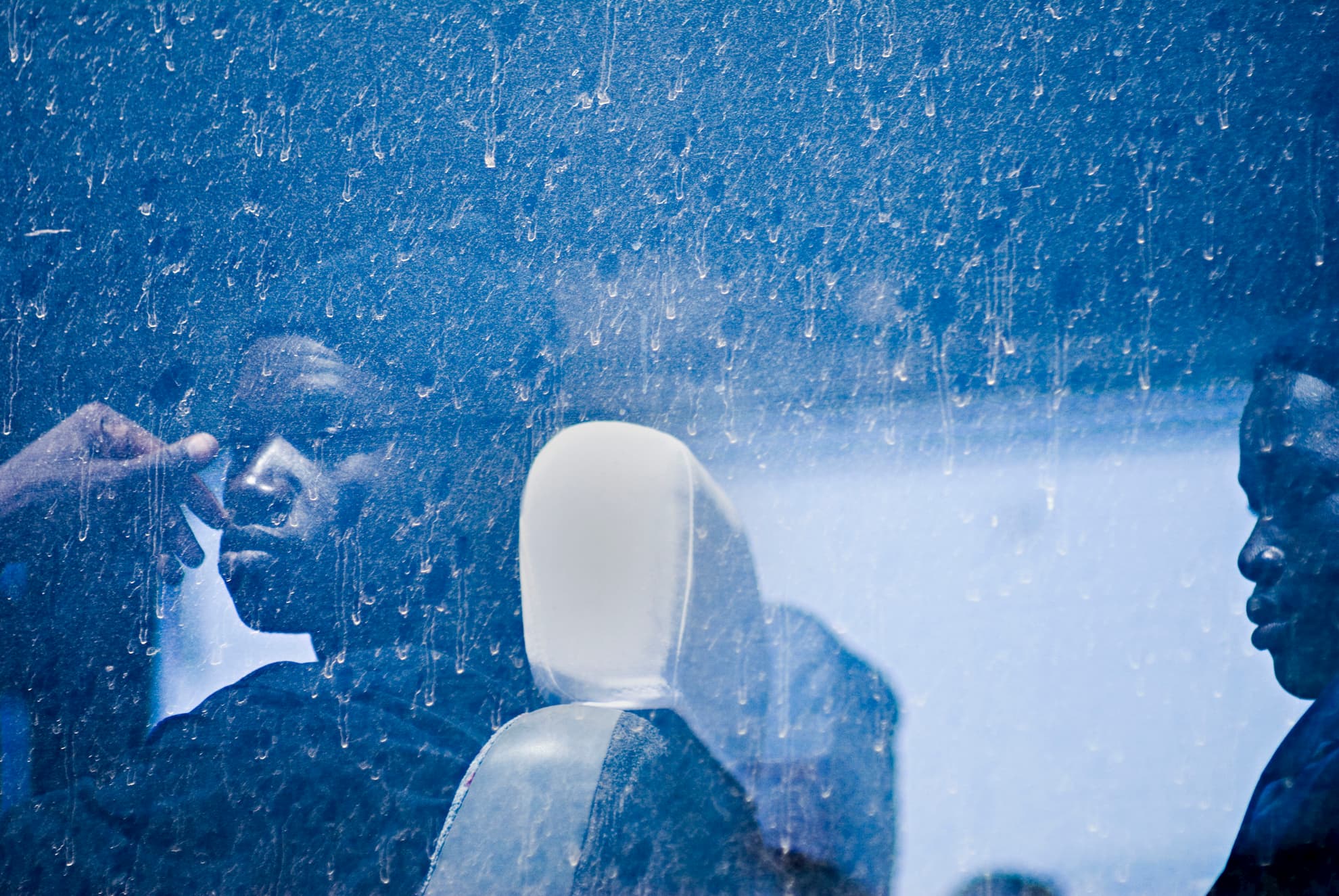 1. The undocumented migrants wait to be transported by bus from Los Cristianos Harbour, Tenerife, Canary Islands, to the police station for processing on Thursday, September 13, 2007. Those not repatriated within 72 hours will be transferred to an internment station in the northern part of the island.deriva. Esto ocurrió el 3 de septiembre de 2007. Había dos cayucos con 200 personas a bordo.

Undocumented migrants wait to be transferred by bus from Puerto de Los Cristianos, Tenerife, Canary Islands, to a police station, Thursday, Sept. 13, 2007. Migrants who are not repatriated within 72 hours are taken to a reception center in the north of the island.

Dave is a Shanghai-based photographer, director, producer, and writer. He is a graduate of the University of Melbourne (Bachelor of Arts with Honours) and wrote his Honours thesis on German filmmaker Wim Wenders. Dave interned at Road Movies, Wim Wenders’ Berlin film production company, upon graduation.

Dave is a two-time winner of a Walkley Award (the Australian media’s highest honor), a winner of a Foreign Press Association Award (UK), a Quill Award from the Melbourne Press Club, an EPSON International Pano Award, a co-winner of a Bronze Pencil at the One Show advertising awards in NYC and is a two-time finalist in Australia’s National Photographic Portrait Prize. He specializes in reportage, features, and portraiture and is available for editorial, commercial, and advertising work in both stills and moving images.