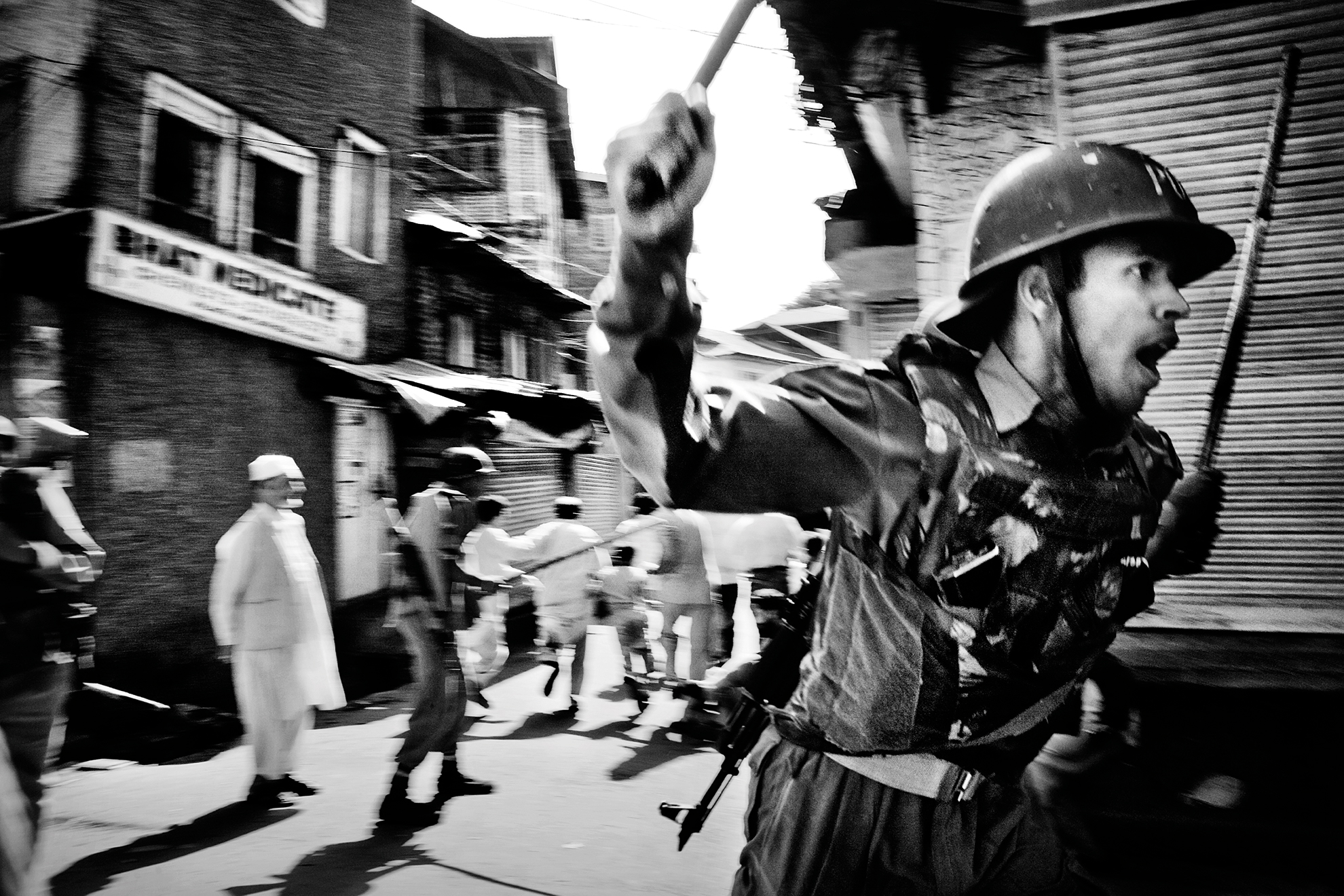 1. In August 2008, thousands of Muslims filled the streets of Srinagar, the capital of Indian-ruled Kashmir, shouting “azadi” (freedom) and raising the green flag of Islam. That was the start of a new revolution In Kashmir.la bandera verde del Islam. Fue el comienzo de una nueva revolución en Cachemira. 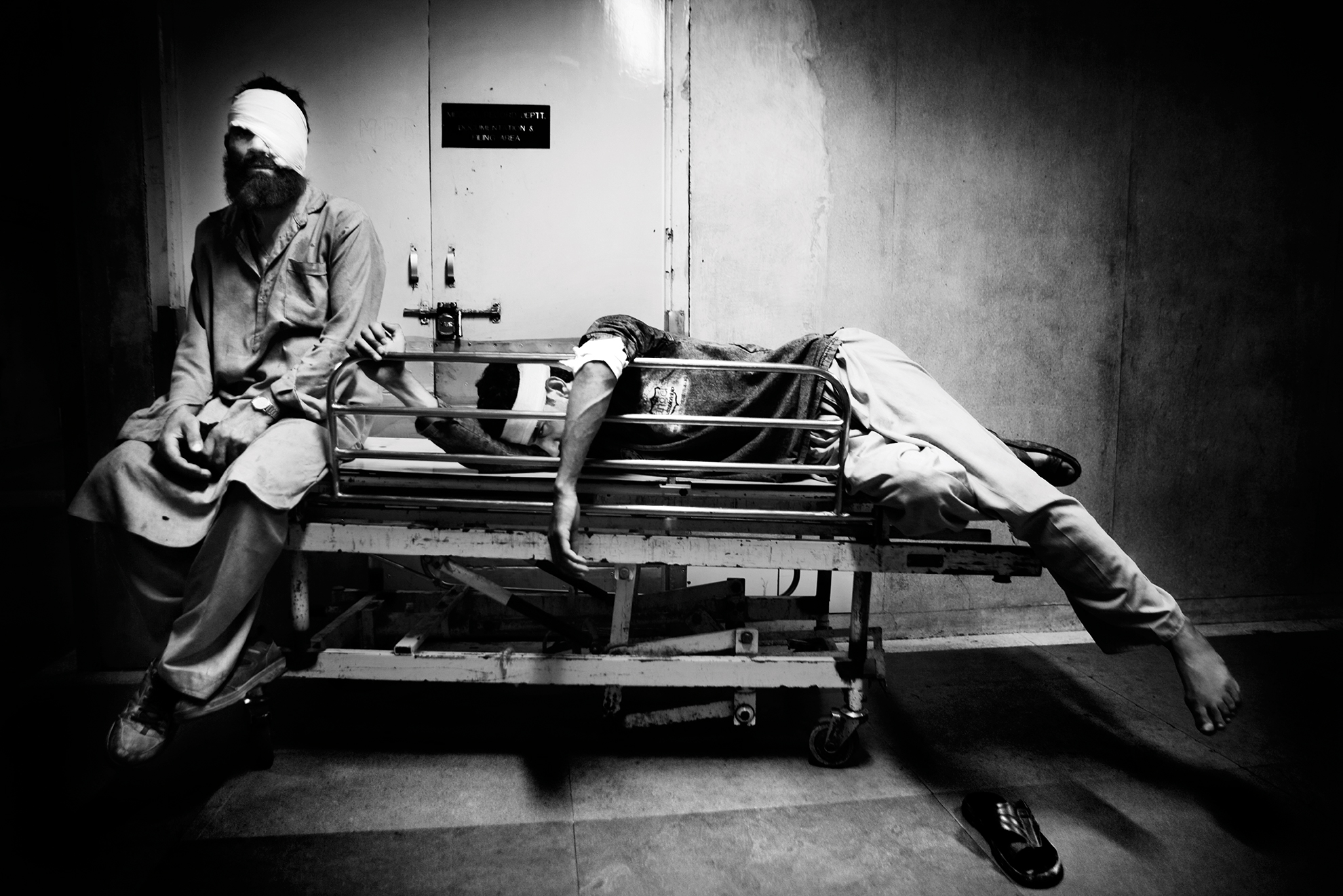 2. Over the last two decades, most ordinary Kashmiri Muslims have had some involvement in active rebellion. 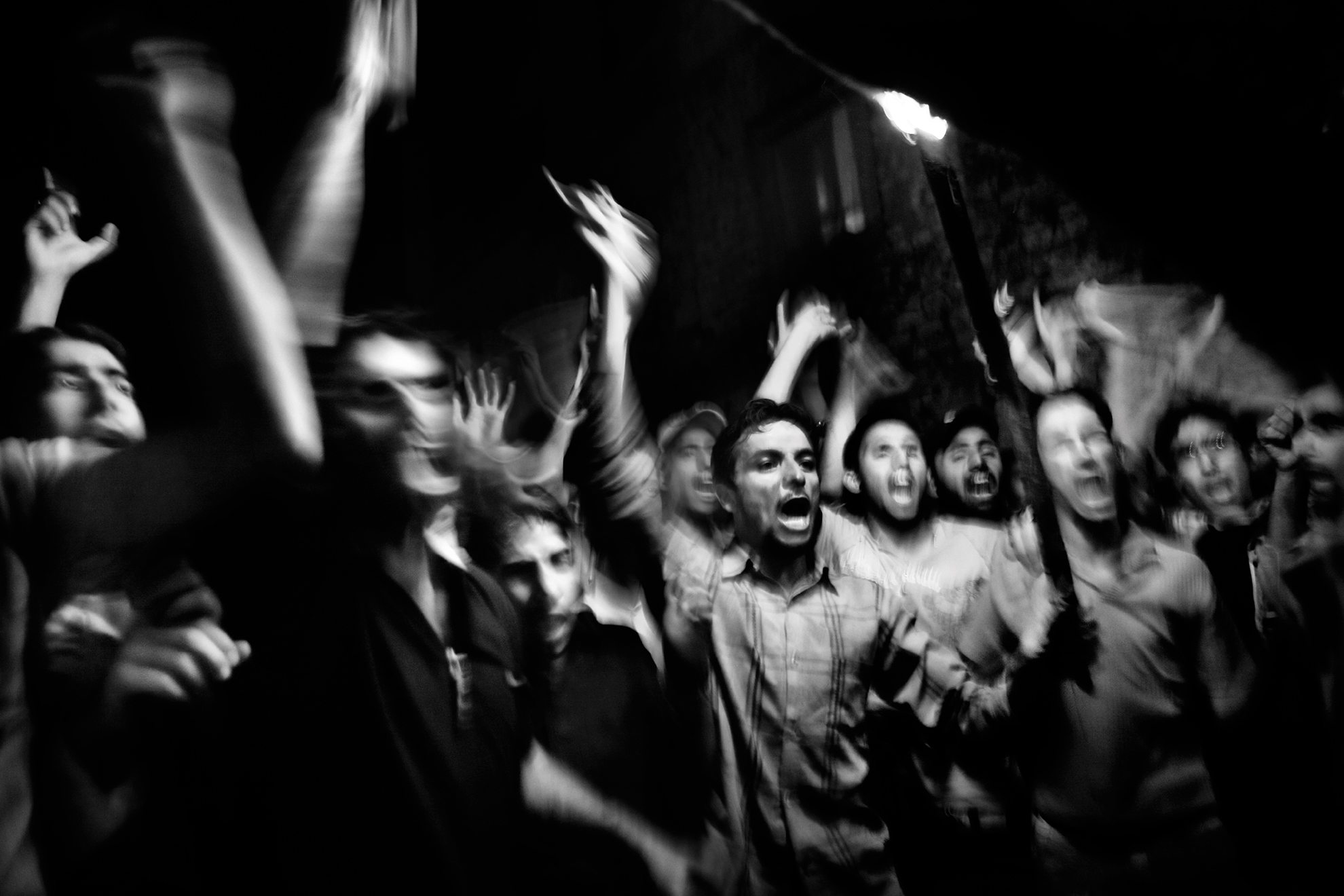 3. A new generation of Kashmiris converged in Srinagar to demonstrate against the Indian government, Kashmir, 2008.

War at the Edge of Heaven

In August 2008, thousands of Muslims filled the streets of Srinagar, the capital of Indian-ruled Kashmir, shouting “azadi” (freedom) and raising the green flag of Islam. That was the start of a new revolution In Kashmir.

The Indian government’s insistence that peace is spreading in Kashmir contradicts a report by Human Rights Watch in 2006 that described a steady pattern of arbitrary arrest, extrajudicial execution, and torture by Indian security forces.

In 2005, a survey by Doctors Without Borders, who provide basic health care and psychosocial counseling to the population, traumatized by over 20 years of violence, found that Muslim women in Kashmir, prey to the Indian troops and paramilitaries, suffered some of the most widespread sexual violence in the world.

Over the last two decades, most ordinary Kashmiri Muslims have had some involvement in active rebellion. They fear the possibility of Israeli-style settlements by Hindus; reports of a government move to allocate 92 acres of Kashmiri land to a Hindu religious group are what sparked the younger generation into the public disobedience expressed of late.

Hindu nationalists have already formed an economic blockade of the Kashmir Valley. In 1989 and ’90, when few Kashmiris had heard of Osama bin Laden, hundreds of thousands of Muslims regularly petitioned the United Nations office in Srinagar, hoping to raise the world’s sympathy for their cause. Indian troops responded by firing into many of these largely peaceful demonstrations, killing hundreds of people and provoking many young Kashmiris to take to up arms and embrace radical Islam.

A new generation of politicized Kashmiris has now risen; the world is again likely to ignore them — until some of them turn into terrorists with al-Qaeda links.