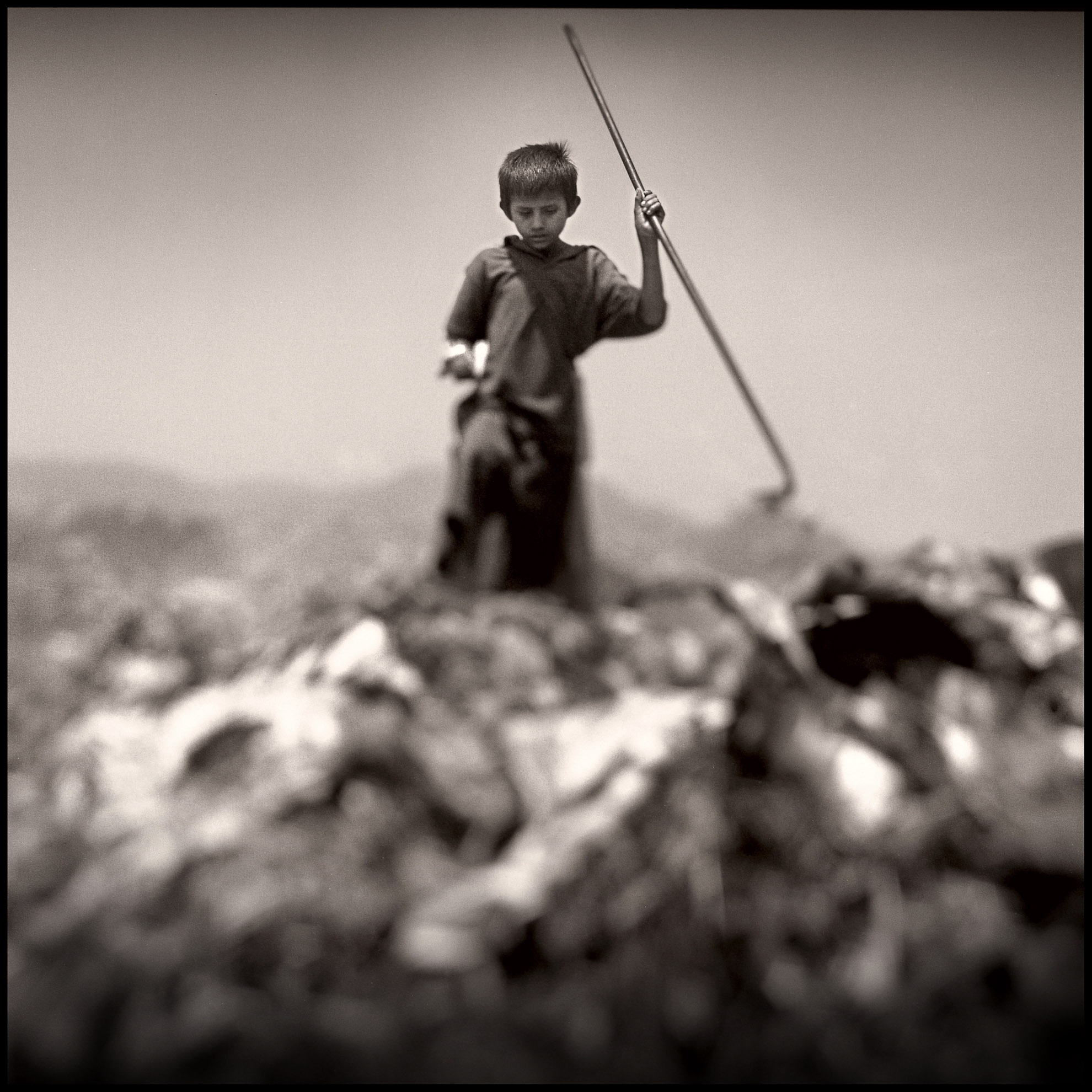 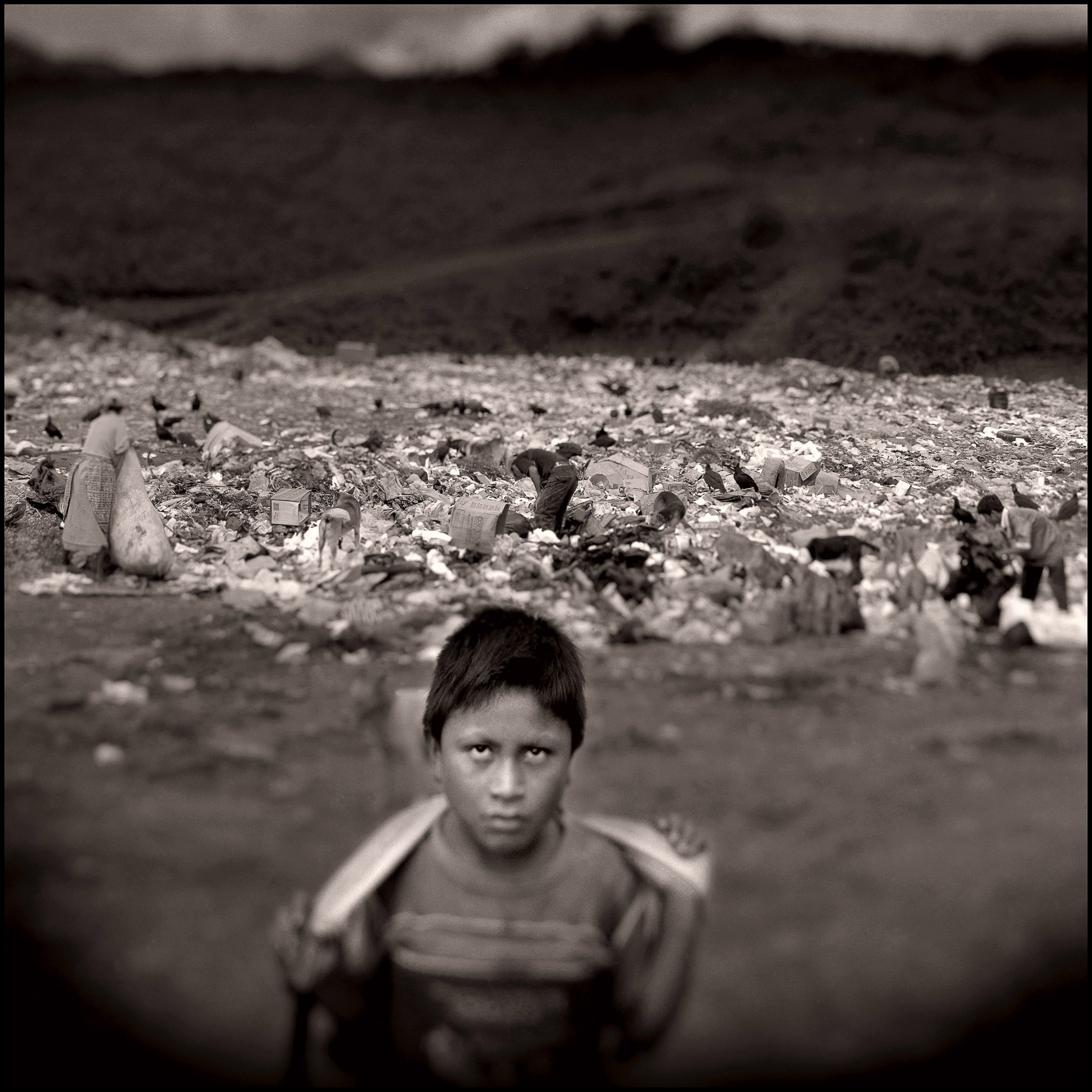 In most of the Latin American capital cities, satellite communities that live from trash recollection and recycling programs are being formed. The work process is simple: searching for reusable materials such as plastic, steel, or glass to sell them to the great recycling corporations. This dangerous job allows hundreds of people to earn their living in this way, surviving unemployment and social care negligence. Children and women are those who spend more time on this arduous task.

La Esperanza in Guatemala City, La Duquesa in the Dominican Republic, or Acahualinca in Managua, are a true reflection of communities adapted to waste collection in landfills. A colony of prefabricated houses surrounds the U-shaped entrance and exit road to the landfill. They are neighbors of the waste, and for them, for the moment, there is no better way out. They are surrounded by rats and bad smells, in a thick and murky mini-city where families have nothing to eat. It is quite normal to see children with worms asking their parents for food that they cannot give them.