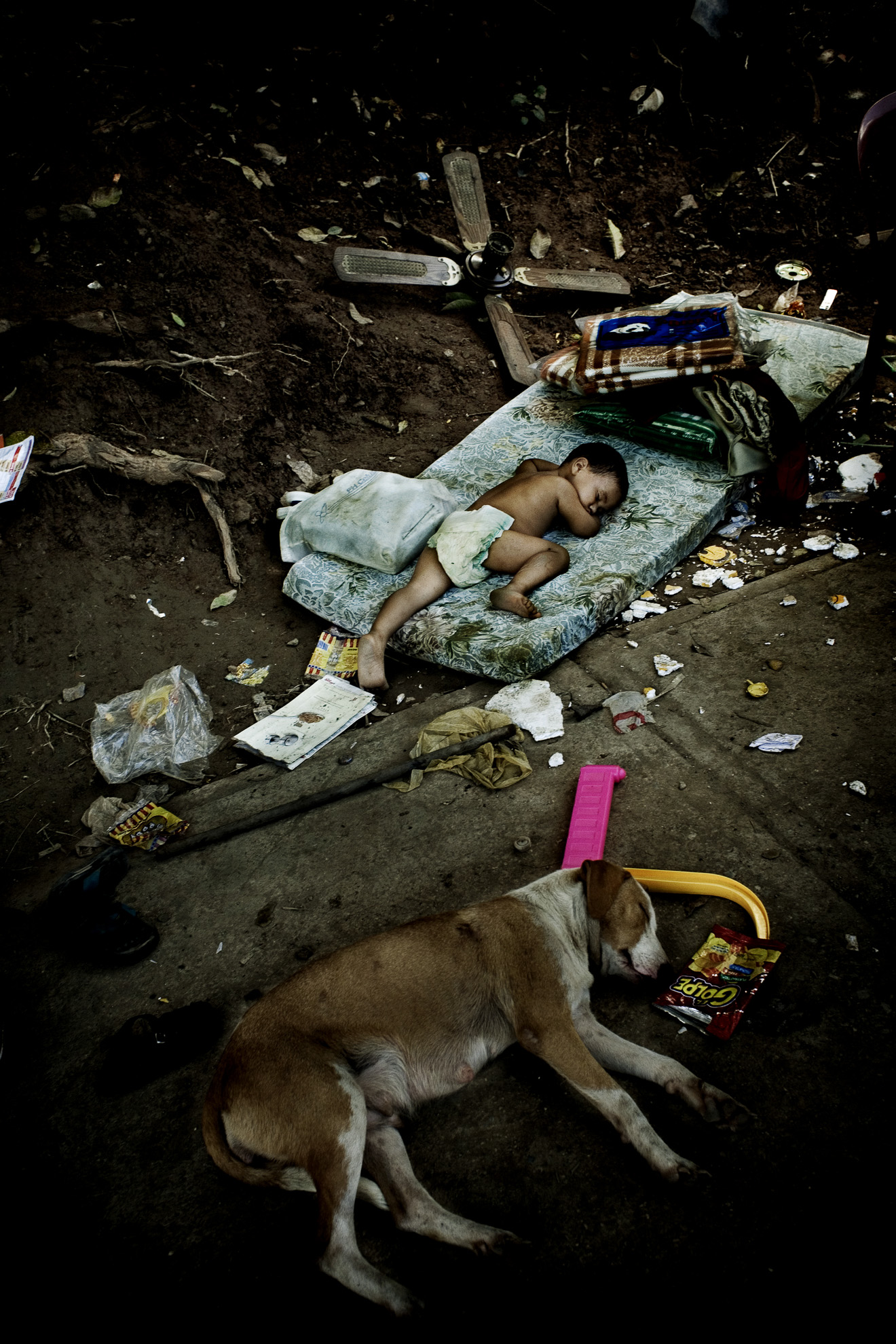 1. Caracas, Venezuela, 2006. Neighborhood of Petare, the largest and poorest of Caracas. Some families camped along one of the streets of the district waiting for the state aid after the floods that hit and destroyed their houses.

This image is part of the project, Barrio Petare-Caracas, which would like to be a photojournalistic journey around one of Caracas shantytowns, regrettably known because of its crime, violence, and social problems. With more than 90,000 violent deaths in the last eight years, Venezuela has become one of the most violent countries in Latin America. During a normal weekend, 130 persons die by shooting in Caracas, which has increased national statistics to a homicide rate of 55 for every 100,000 inhabitants per year.

Documentary photographer. Fabio was born in Rome, grew up in Colombia and Peru and returned as a teenager to Italy. He studied photography at the European Institute of Design and Visual Arts in Rome. He began his career as a photojournalist in Rome, working for Italian newspapers. That experience heightened his interest in documentary and journalistic photography.

In 2001 he joined the Contrasto photojournalism agency based in Italy. Since then, he has focused on Latin America and documented the social, cultural and human rights dimensions of that region. His work has been published in several international magazines including Stern, Geo Italia, L’Espresso, Il Corriere della Sera, Le Courrier International, The New Yorker, Sunday Time Magazine and Le Monde.

Since 2010, Fabio and his family have been living in Mexico. He is currently working on two long term projects related to the border between Mexico and the United States (Al borde de la Ficción - Bordering Fiction and La Linea – The Line) and on “Dark passage”, a project that aims to recount the long, difficult odyssey through Mexico that thousands of immigrants experience as they attempt to reach the northern border with the United States.