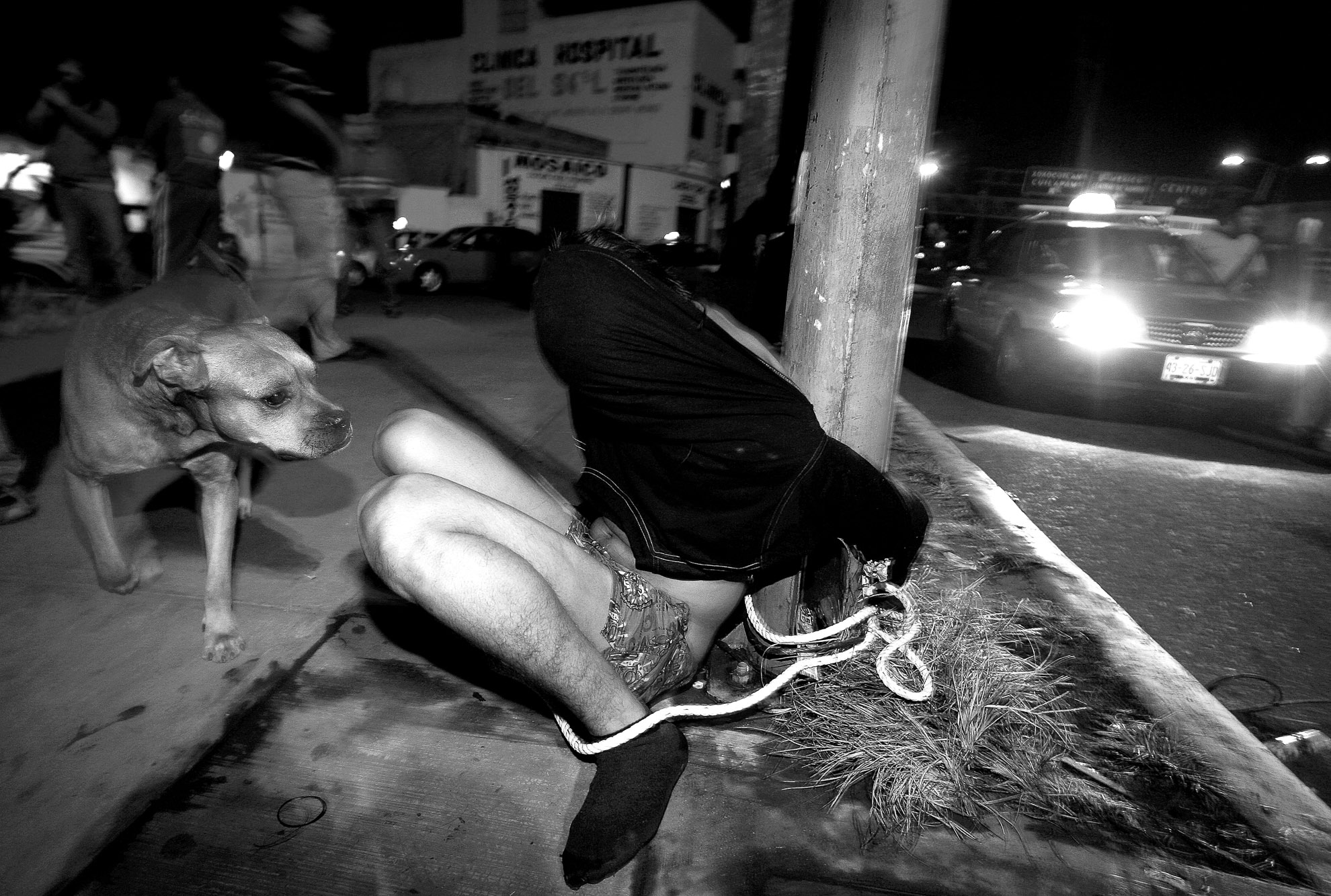 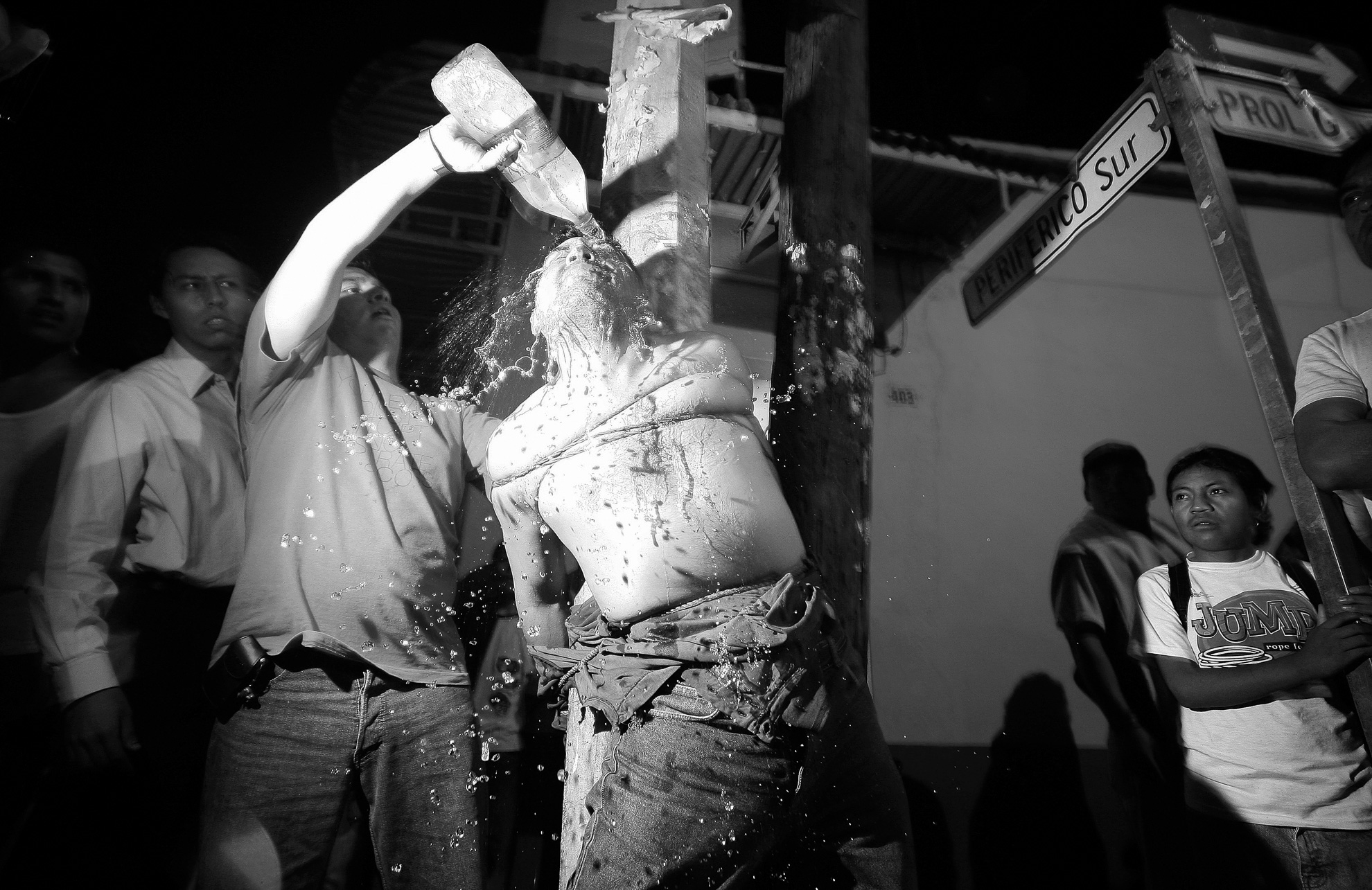 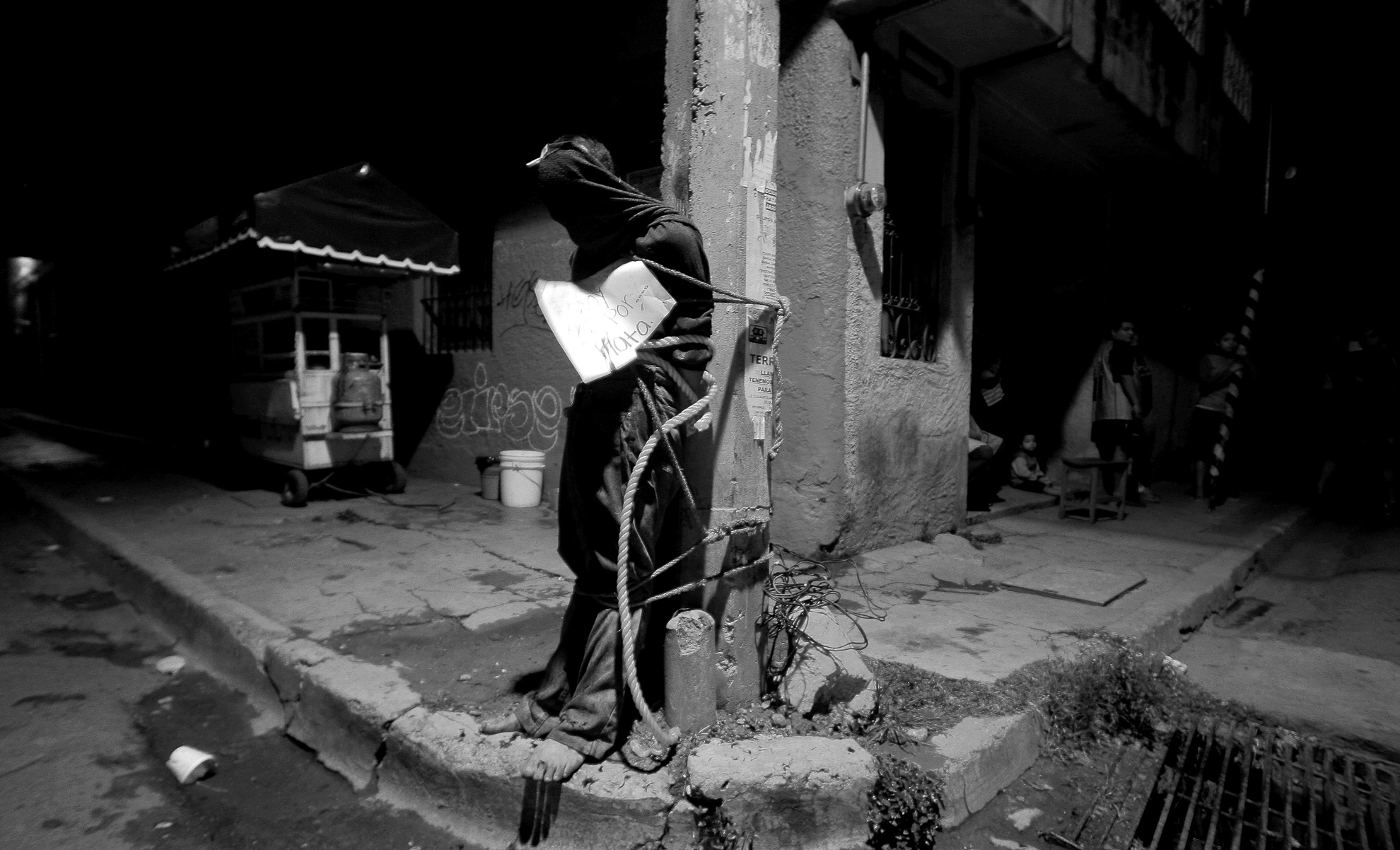 The Mexican state of Oaxaca was embroiled in a conflict that lasted more than six months and resulted in the occupation of the capital city of Oaxaca by the Popular Assembly of the Peoples of Oaxaca (APPO). The conflict emerged in May 2006 with a strike involving the local teachers’ union and has since grown into a broadly-based movement which pits the APPO against the state’s governor, Ulises Ruiz Ortiz. Protesters demand the removal or resignation of Ortiz. Due to the social conflict, normal institutions didn’t work, nor the government or the police. The citizens, harassed by violence, took the law into their own hands. Every night, in the colonias, groups of people guarded their neighborhood to avoid assaults and robberies. As a punishment, thieves were tied up around streetlamp posts within sight of everyone.

Daniel Aguilar (Ciudad de México, 1971) started his career in 1989 by working for local newspapers, like Heraldo, Excélsior and El Universal. From 1997 to date he works in Reuters. It worked in several countries: Guatemala, El Salvador, Honduras, Colombia, Haiti, Venezuela, Cuba, Argentina, Jamaica, Bolivia, Costa Rica, and the United States, covering events like the Olympic Games of Atlanta in 1996, the coup d'état in Venezuela in 2002 or the political crisis in Haiti in 2004. Between 2000 and 2006 he won several journalism awards in his country and abroad. In 2007, he won 3rd place in the World Press Photo contest.