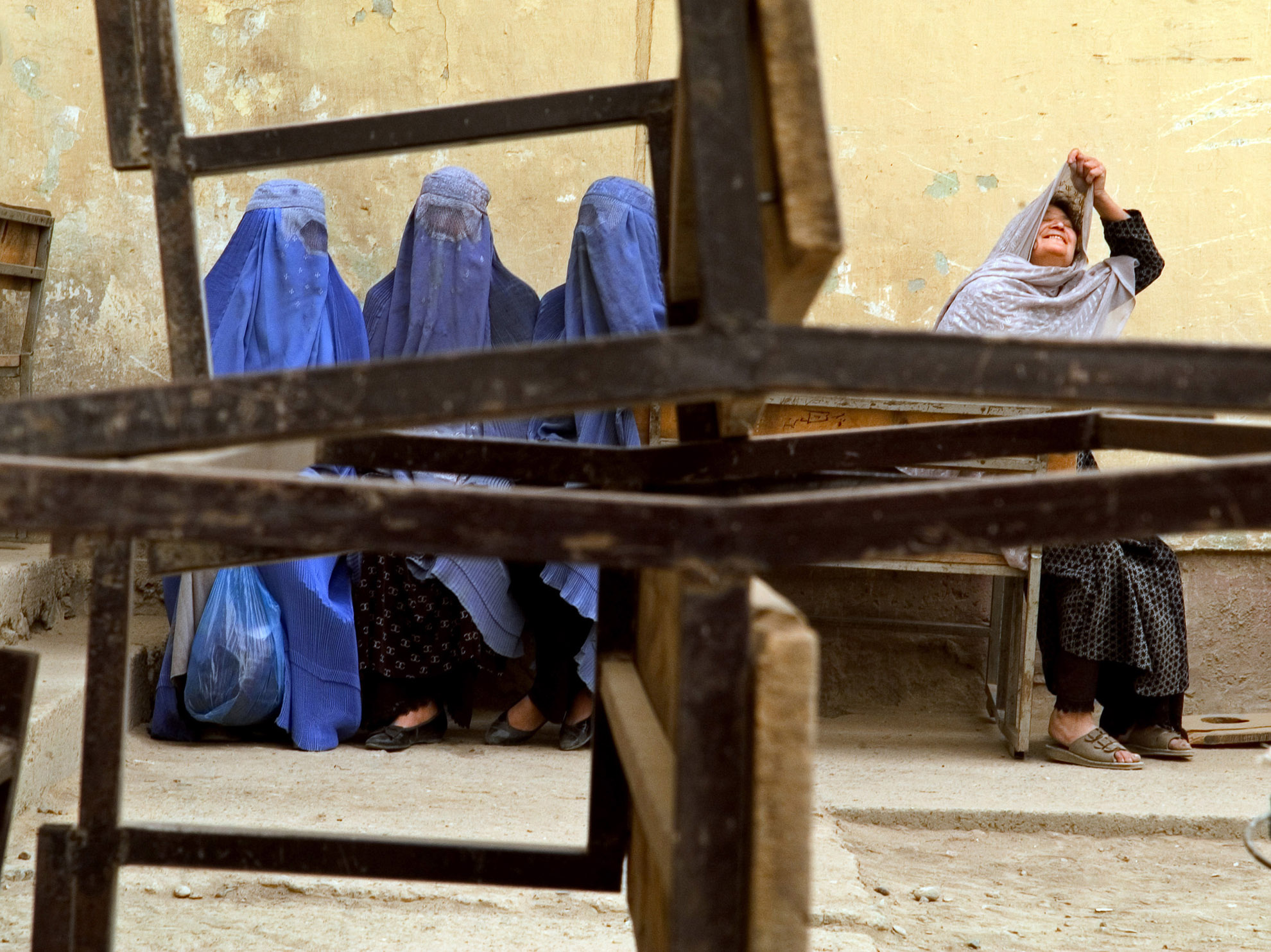 1. This image was taken on election day in Kabul, October 9, 2004 - the first time women were given the right to vote in a democratic election in Afghanistan. Despite inflated numbers and a fraudulent electoral process, women in Kabul - at least some of them - voted of their own free will. In rural regions, it was more likely the case that women (most of whom are illiterate) voted for whomever their husbands, fathers and brothers told them to vote for.This image was taken just after four women voted at a high school in Kabul. 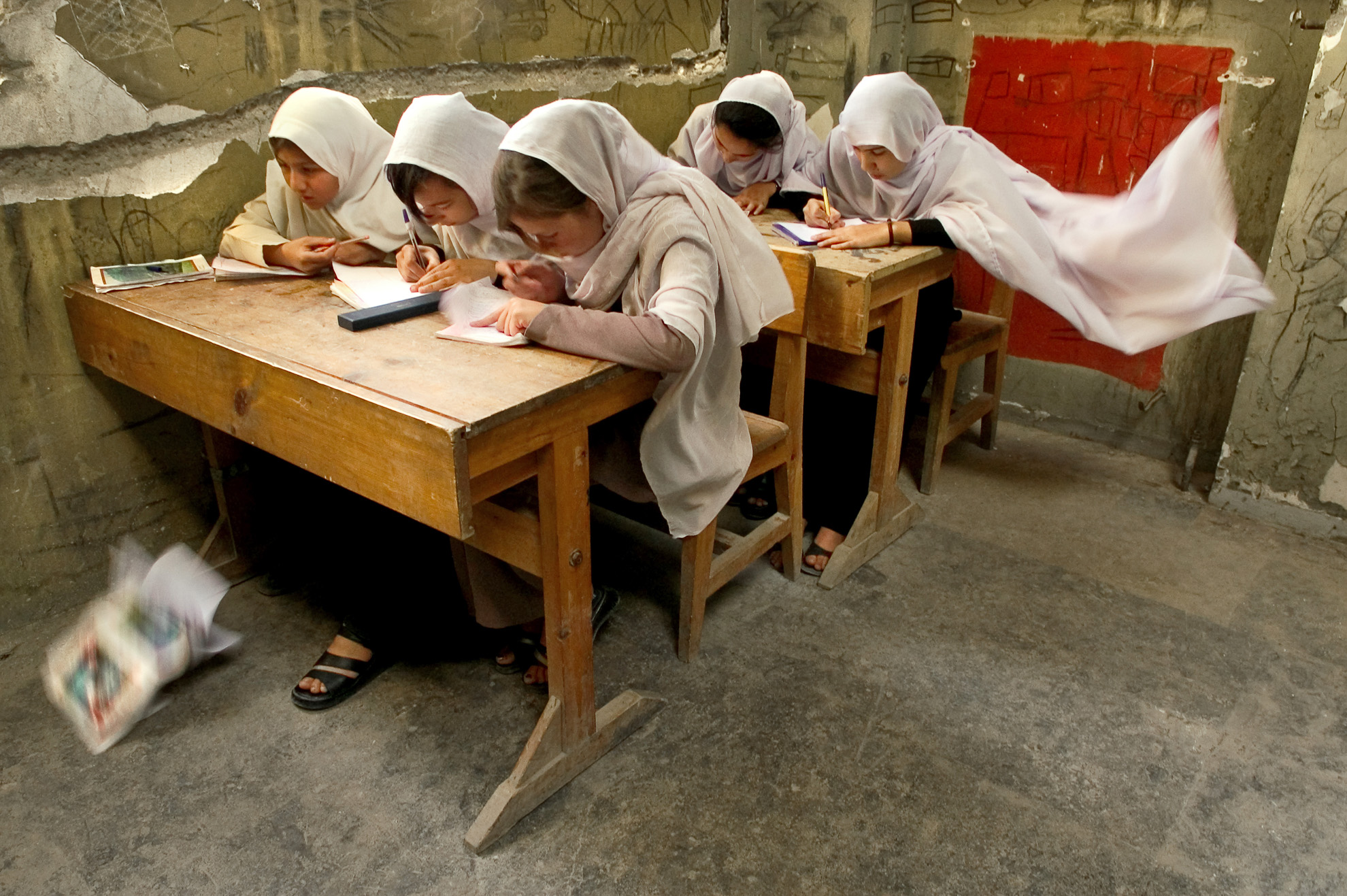 2. This image shows a group of schoolgirls in an abandoned building in Kabul. The old Kabul Theatre, along with hundreds of other buildings, was virtually destroyed during the worst part of the conflict in the city. Schools, hospitals, ministries, mosques, and thousands of homes were flattened. After the Taliban regime ended, many girls in Kabul were able to return to school but found only rubbles. Determined to regain the five years of education lost, with the help of teachers and parents, they set up schools wherever they could. At the time this photograph was taken, the old Kabul theatre had no windows or roof, but the girls continued to study despite the cold wind and rain that blew through their classrooms.

Special Award for Women and Girls, protagonists of social change 2006

When the Taliban regime was overthrown in 2001, the media told stories about the disappearance of the burqa, the return of girls to schools, and the recovery of women’s rights and freedoms. At present, this is only true for a small number of women. Urban areas have seen some progress, but progress has been very little in rural areas. Forced marriages, child trafficking, isolation, self-immolation, domestic violence, and honor killings are just some of the problems Afghan girls and women face today.

Lana is a filmmaker, photographer, cinematographer, director, storyteller daughter, sister, partner, mother of two. She was born in Toronto, Ontario, to parents from Croatia. Šlezić attended Western University in London, Ontario, and obtained an Honours Bachelor of Arts degree in Kinesiology. She then went on to receive a Diploma in Photojournalism from Loyalist College in Belleville, Ontario. Graduated from Loyalist College in 2000.

In the past, worked as a freelance photojournalist. Her work has been published in three continents, under titles such as TIME Magazine, The New York Times, and Chatelaine. Additionally. She has also contributed to Canadian Magazine, The Walrus. Šlezić is known for making very beautiful work that also has content and meaning. She aims to tell a story through her work and feels that it is rewarding when her audience understands the meaning behind her work. She says that she creates the idea of a photo in her head, and waits for it to occur in life so that she can capture it. She notes that this approach to photography relies on patience, luck, uncertainty, and chance. For Šlezić, the most important aspect of her work is staying connected to her subject matter. 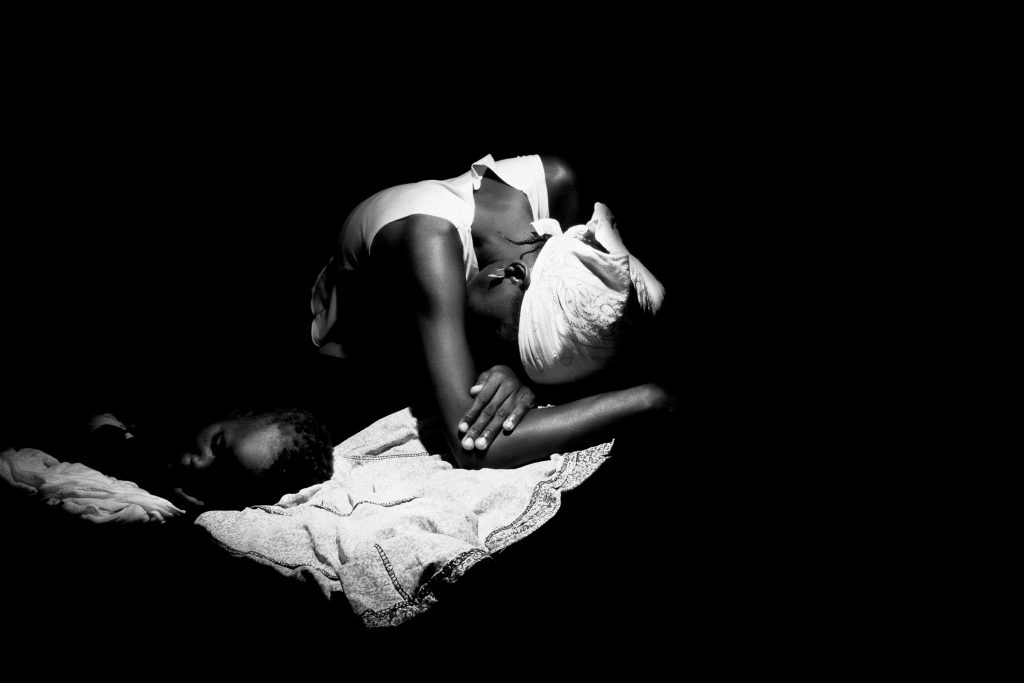