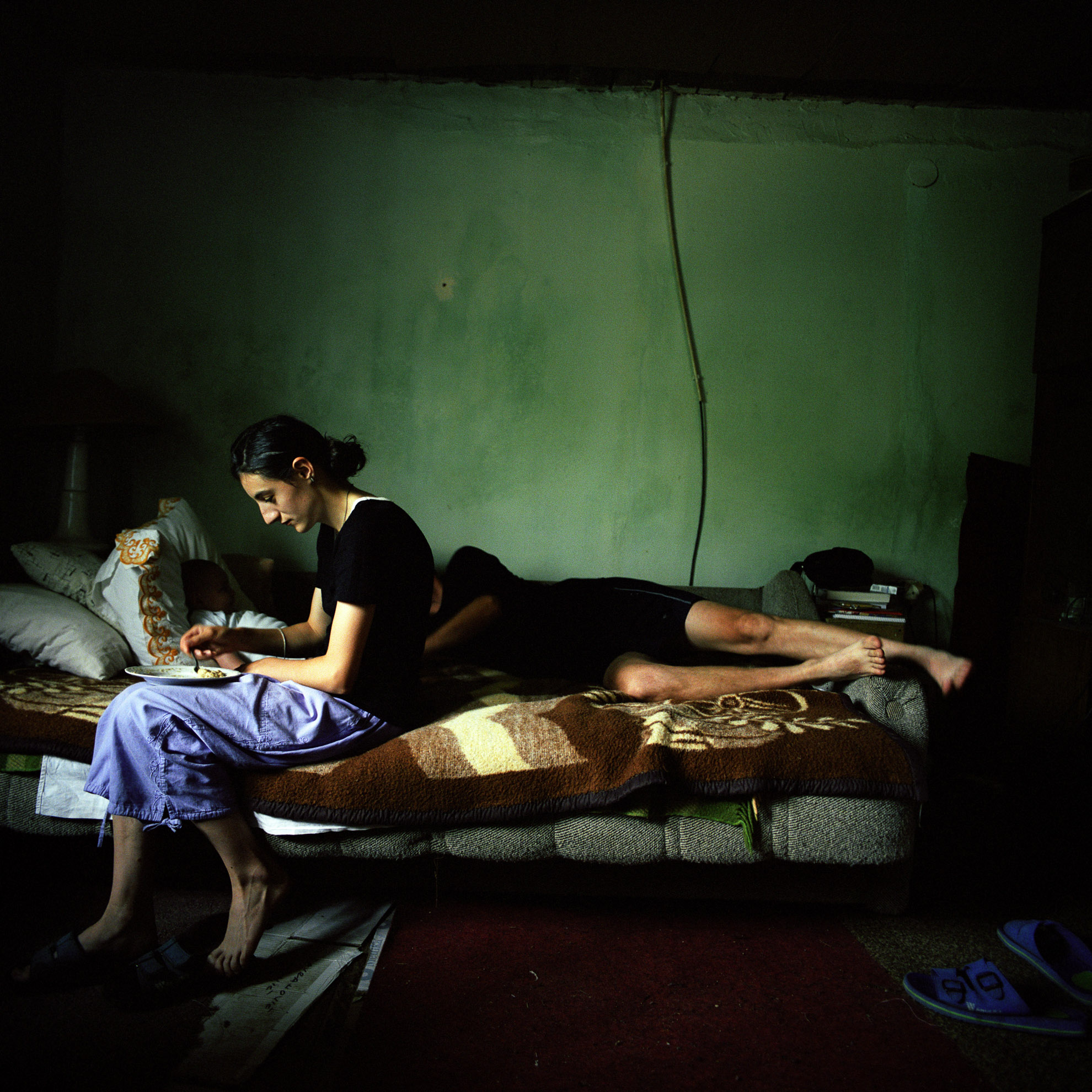 1. Neboisha and Slavica Eremic at their house in Jurga, in central Croatia. Slavica, an ethnic Croat, married Serbian Nebojsha two years ago. Nebojsha had fled to Serbia in 1995 only to return two years later to find his family home inhabited by a Bosnian refugee. He now lives in what used to be his grandmother's cottage with Slavica with his baby son Nikola.

The serbs of Croatia

These images are part of a commission I completed for the OSCE (Organisation for Security andCooperation in Europe). Over a period of one month I lived with and documented the lives of Croatia’s Serbian returnee population, who the OSCE are helping to return and begin to re-build their lives in modern day Croatia.

Displaced by ‘Operation Storm’, a Croatian army offensive, in July 1995 some three hundred thousand Serbian Croats fled their homes throughout the Krajina region of Croatia. Although the war soon ended, the majority of these people did not begin to return until the late ’90s. Eleven years on, people are still trickling back determined to reclaim their homes and secure reconstruction grants the government is offering. A huge percentage of returnees will come back to find their homes either destroyed or occupied by someone else.

Most recently Ivor’s work has focused on the fight to defeat ISIS in Iraq and Syria. Working exclusively for The New York Times he spent months on the ground reporting in both words and pictures.

His work in Iraq and Syria has earned him multiple World Press Photo Awards and in 2018 he was named as a Pulitzer finalist. The entire body of work titled ‘End of the Caliphate’ was released as a book by renowned German publisher Steidl in June 2019.

Based in the Middle East since 2009, Ivor documented the 'Arab Spring' uprisings in Egypt and Libya, working simultaneously on editorial assignments and his long-term projects. In 2012 he was selected for the World Press Photo Joop swart Masterclass, named as FOAM Talent and selected by PDN for their 30 under 30 lists.

Traveling to more than ten countries between 2012 and 2015 he documented the Syrian refugee crisis in the region as well as Europe, working closely in collaboration with UNHCR to produce a comprehensive study of the greatest humanitarian crisis in recent history.

With a particular interest in the aftermath of war and its humanitarian consequences, his early projects focused on stories of displaced people throughout the Balkans and Caucasus.

Ivor’s work has been recognized through several prestigious awards including The World Press Photo, The Pulitzer Prizes, The Overseas Press Club Awards, Pictures of the Year International, Foam Talent, The Taylor Wessing Portrait Prize, and The Ian Parry Scholarship. Most recently he was shortlisted for the Prix Pictet 2019 cycle and his work is currently touring the globe as part of the group exhibition.

His pictures have been exhibited widely at institutions such as The Victoria and Albert Museum, Sotheby's, Foam Gallery, and The National Portrait Gallery London. He is represented by Panos Pictures in London and he is a European Canon Ambassador. Prickett holds a degree in Documentary Photography from the University of Wales Newport.