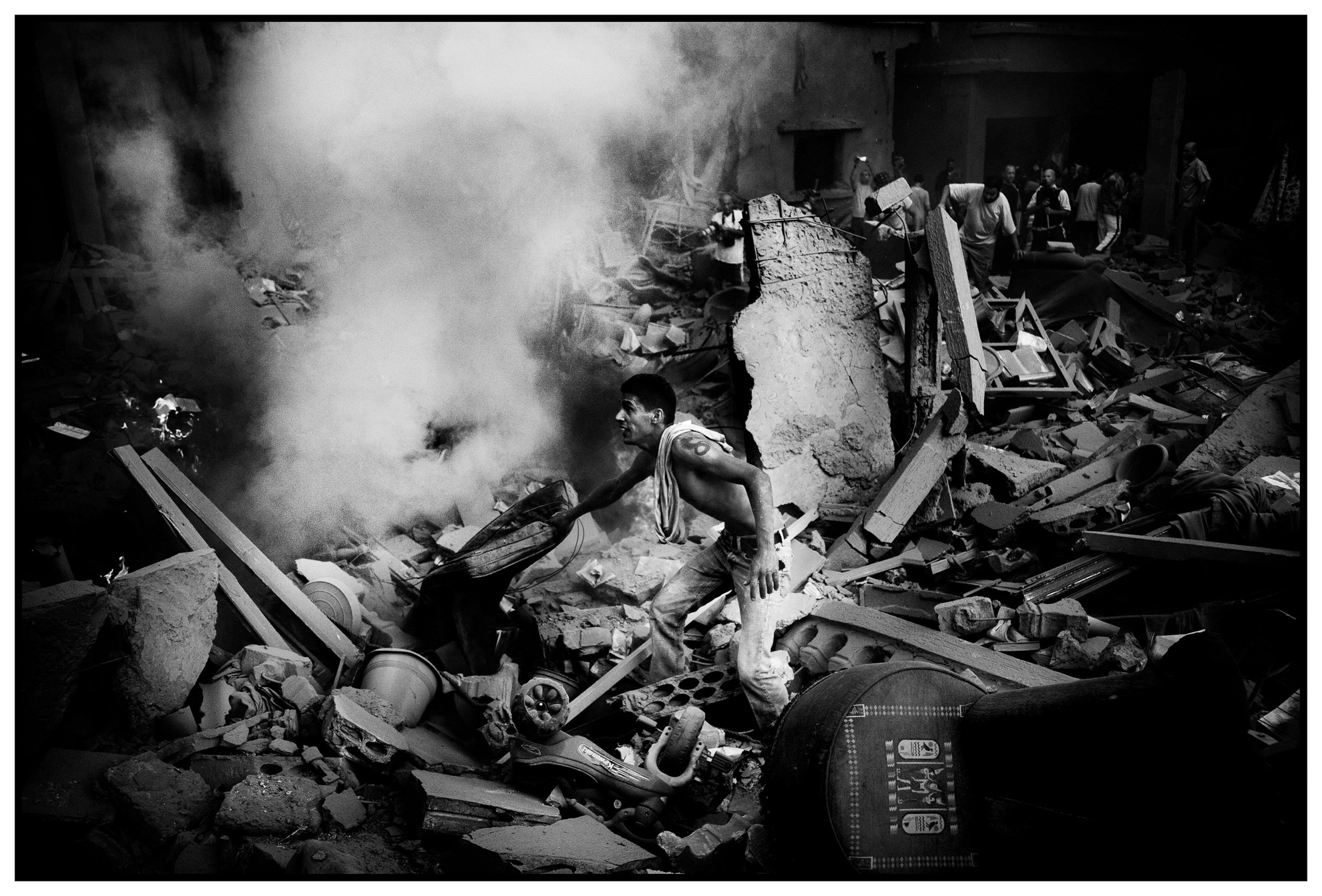 1. Bombing in a Muslim quarter in Tiro, Lebanon. Israel has told the world that it is targeting only Hezbollah, not civilians. 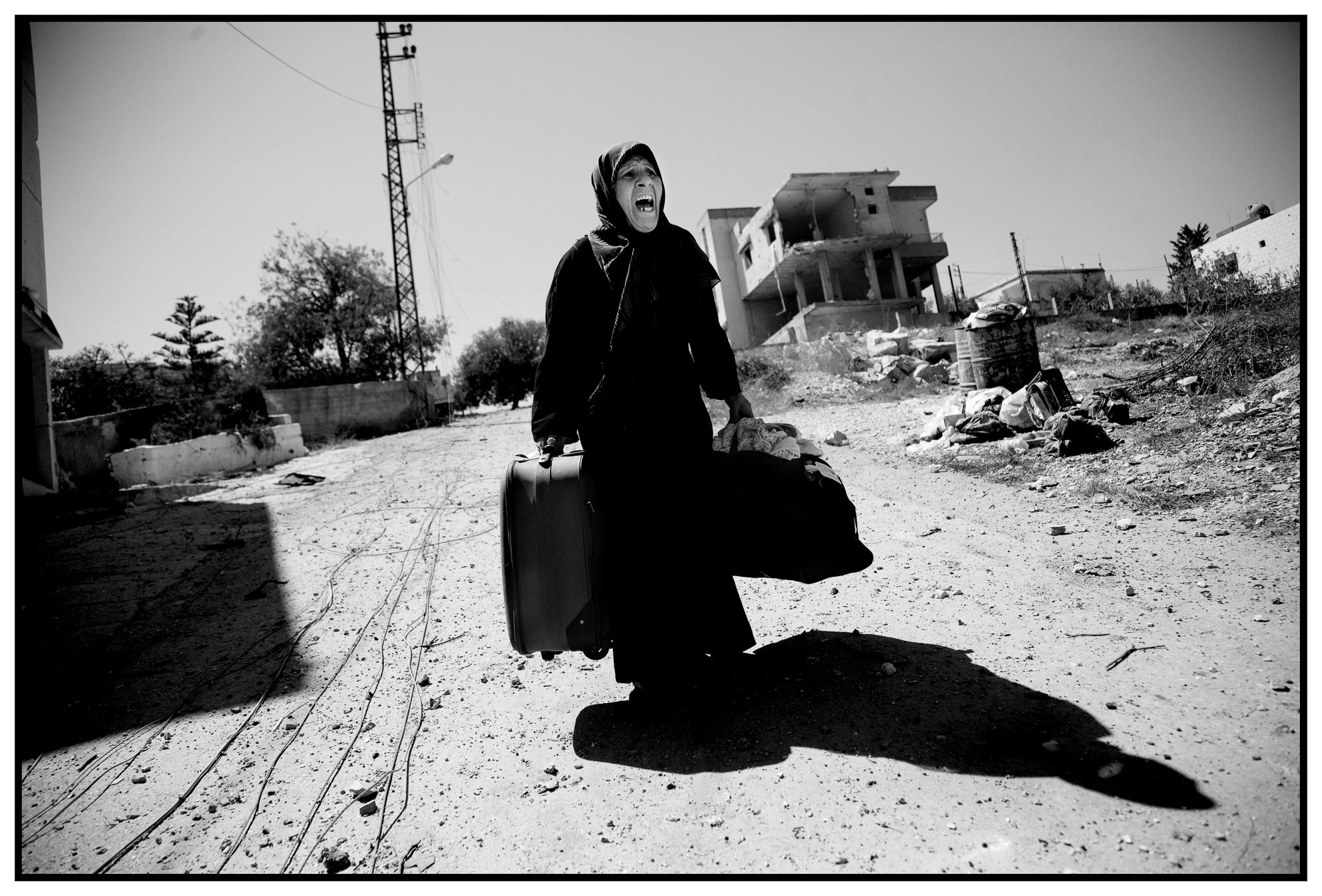 Bombing in a Muslim quarter in Tiro, Lebanon. Israel has told the world that it is targeting only Hezbollah, not civilians.This is true to a degree. Day after day the bombings continue. As of 14th of August 2006, over 1,000 Lebanese civilians have been killed.These photographs were taken in Southern Lebanon in late July/early August 2006.

Davide Monteleone was born in 1974 in Italy. He began then dropped out of engineering studies and went to live in the United States, then the United Kingdom, where he discovered his interest in photography and journalism.

In 2000, back in Italy, he began studying photography and began working for famous Italian magazines. At the end of 2001 he left again, this time to Moscow, where he settled until 2003, working as a correspondent for the photography agency Contrasto. He began to work regularly for renowned national and international newspapers, such as D, Io Donna, l'Espresso, The New York Times, Time, Stern and The New Yorker, among others. His work as a photojournalist has received numerous critical acclaim. In particular, he received the World Press Photo Prize in 2007 and 2009, as well as the International Photo Award in 2008.

In recent years, he has begun exhibiting and teaching, along with his editorial work. After working 10 years for Contrasto, Monteleone joined VII Photo. It is based in Moscow.