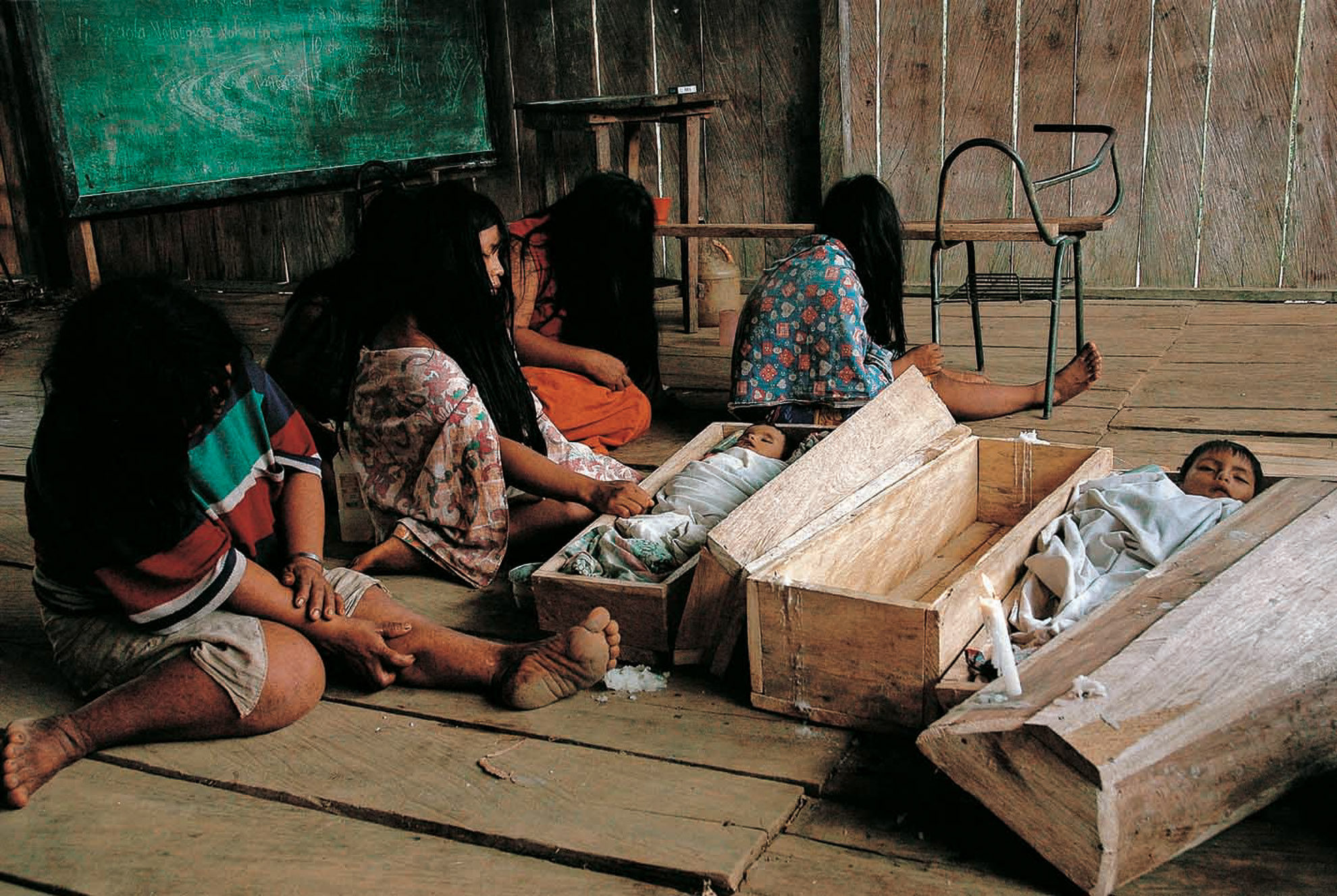 1. This photo was taken in March 2005, in an Embera community, one of Colombia's many indigenous ethnic groups. Some of these communities live in the department of El Chocó, deep in the jungle, in the midst of armed conflict between guerrillas, paramilitaries and state forces. Rivers are their only means of communication.

Médecins du Monde France works in the area organising health brigades. The community in the picture is Amparado, located more than six hours by canoe from the capital of the municipality, Bellavista. A few days before the photo was taken, six children from the village who were sick (diarrhoea, vomiting, dehydration) were taken to the health centre in Bellavista. Some of the younger ones had already died with the same symptoms. The health centre was short of everything: not only medicines, but also medical staff. The workers had been on strike for months because they had not been paid their salaries. The last doctor had left the centre three or four months earlier and had not yet been replaced. The next day, due to lack of care, two of the six children died.

This photo was taken in March 2005, in an Embera community, one of Colombia’s many indigenous ethnic groups. Some of these communities live in the department of El Chocó, deep in the jungle, amid armed conflict between guerrillas, paramilitaries, and state forces. Rivers are their only means of communication.

French photographer, currently living in Medellín, Colombia. Worked in Mexico for the newspaper Público (Milenio group) in Guadalajara and the newspaper Noroeste in Mazatlán and Culiacán. He did several reports in Nicaragua and Guatemala. He also worked in the department of Chocó in Colombia with the French NGO Médecins du Monde, as well as in Haiti after the 2010 earthquake. In Chocó, he took several photos of the indigenous and Afro-Colombian peoples of Medio Atrato. With the same NGO, he did reportages in Angola during the cholera epidemic in 2006 and on Latin American migrants on the US-Mexico border in Tijuana and Mexicali. He has held several exhibitions in France, Mexico, and Colombia.