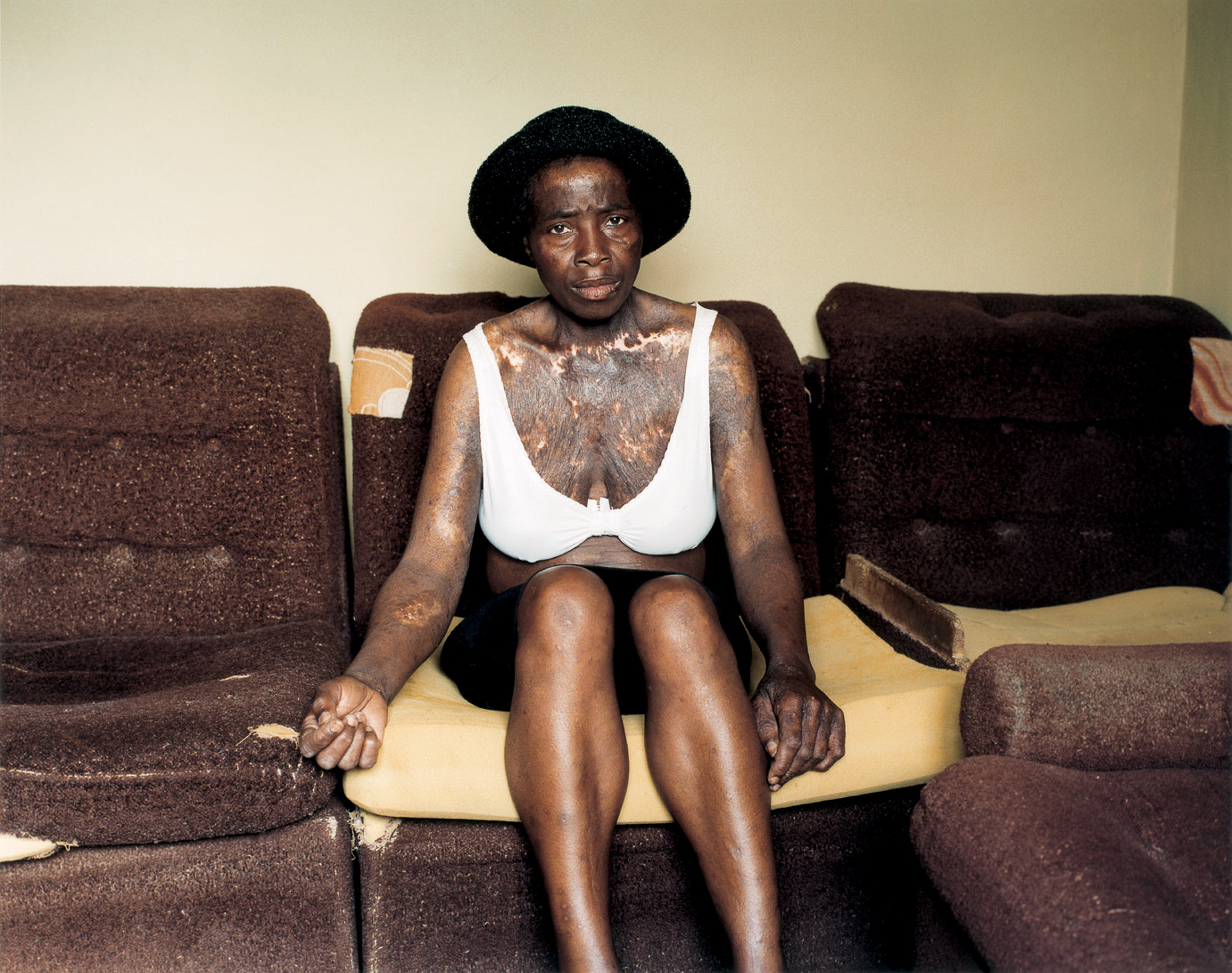 1. This photograph was taken in Mondesa, Swakopmund, Namibia, at Tabita's home. I took it while working on a Doctors of the World project on women living with the AIDS virus.

Tabita, 37, attempted suicide a few years ago by setting herself on fire. The cause of the suicide attempt was the stress she was under from her husband. Three years ago she was infected by him with the AIDS virus because he had unprotected sex with other women. The development of the virus plus the burns have left her with a part of her body like this, something she wanted to show me so that I could document her testimony.

Still, Tabita looks forward with optimism. She has left her husband, is undergoing retroviral treatment and, thanks to the psychological support

Lorena Ros is a documentary photographer whose work focuses on the representation of trauma, specially recovery and resilience in people who has suffer sexual violence and other types of abuse.

She has won three World Press Photo prizes, a Pictures of the Year and the One World Media award by Amnesty International for her stories on immigration, female human trafficking and survivors of child sexual abuse.

Most of her career was developed in London and New York where she regularly worked for El Pais, Newsweek, The Sunday Times Magazine , The Telegraph Magazine and collaborated with humanitarian organizations like Soros, Human Rights Watch, Doctor’s of the World between others.

In 2005 she was selected for the prestigious Joop Swart Masterclass held by the World Press Photo Foundation. She is the recipient of the Getty Grant for editorial photography in 2008, - and an OSI grant in 2011. Her work has been exhibited internationally and is part of the collection of MNAC (Catalonia At Museum) and other private collections. She has conducted participatory photography workshops for inmates in Spanish women’s prisons and other communities in risk of social exclusion.

After four years as a professor at the Polytechnic University of Catalonia, at present, she is teaching at the Master of Photography at Elisava in Barcelona and at EFTI in Madrid. She is the author of Unspoken, 2014 published by Blume and Schilt.