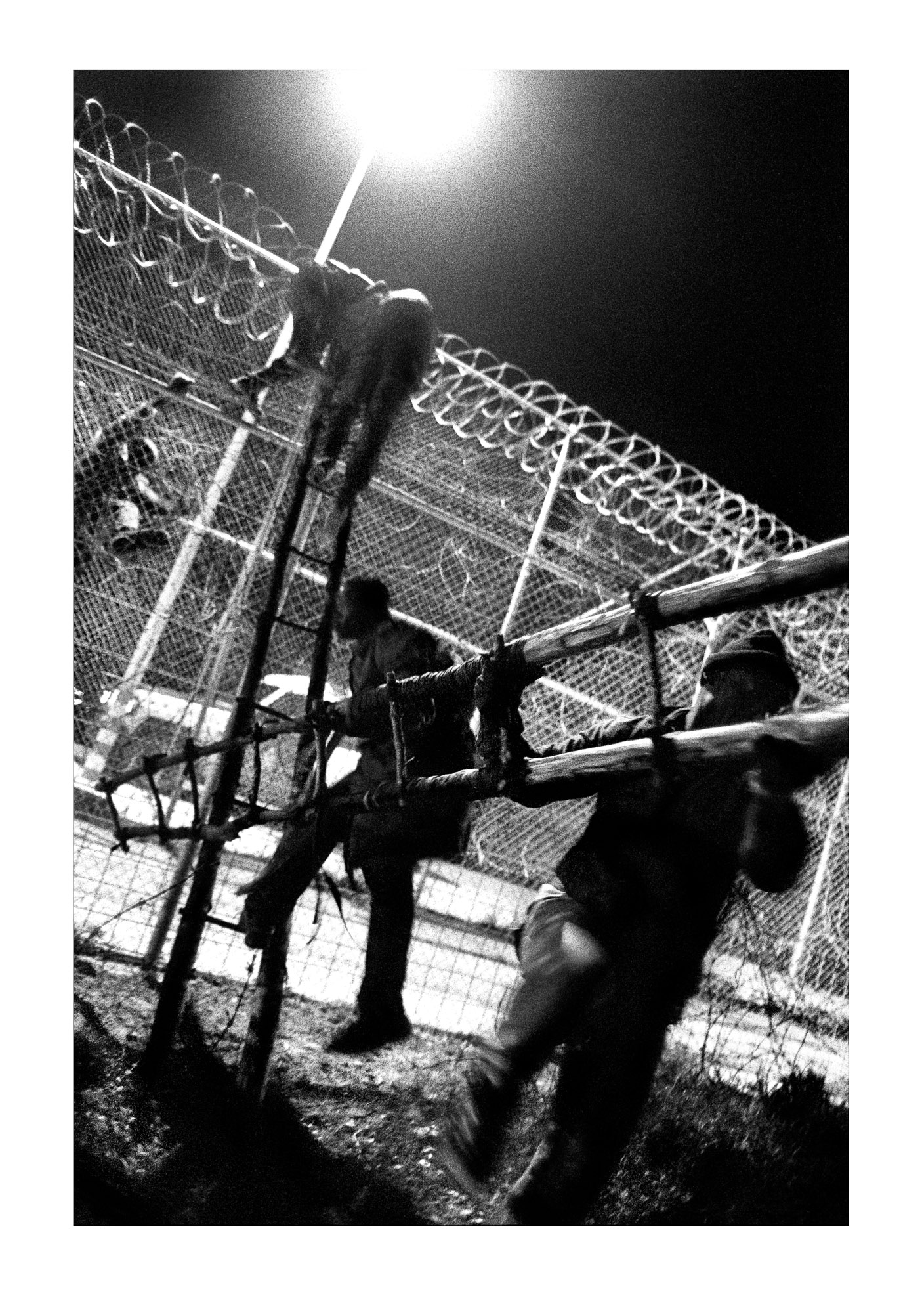 1. Even in the misery in which these people live, there are moments of peace and quiet: playing Parcheesi, entertaining oneself with personal hygiene or the spirituality of a police mass in the city. spirituality of a polyconfessional mass with an extraordinary sermon often fills the free time. But the main activity of the day is the construction of long ladders made of tree branches assembled with rubber strips from car tyres. When night falls, it's time to try their hand at jumping over the barrier, as they call it. Coordinated groups of ten individuals approach in the darkness, waiting for the right moment. Some say a prayer for protection beforehand. The attempt barely lasts a couple of minutes, enough time for the Guardia Civil patrolling on the other side to thwart the jump. They will try again that same night along the 11 kilometres of the border perimeter. If they don't make it, they return to the camp and dream of making it the next day. the next day. Eventually, some of them manage to get through (2%) and reach the migrants' refuge in Melilla. There they will certify their victory over the ordeal of Mount Gurugú. Now all they have to do is survive in Europe, but they will worry about that later.

Mount Gurugú is a human shame at the gates of our country. In this place, located in Moroccan territory, barely three kilometres from the border with Spain, there are around 800 Africans who have only two things in mind: to survive day after day and to be able to cross the double fence that separates poverty from welfare. Some of them have been there for two or three years, living in dramatic conditions, sleeping on the ground or in tents made of plastic and eating what they find in the nearby rubbish dump.