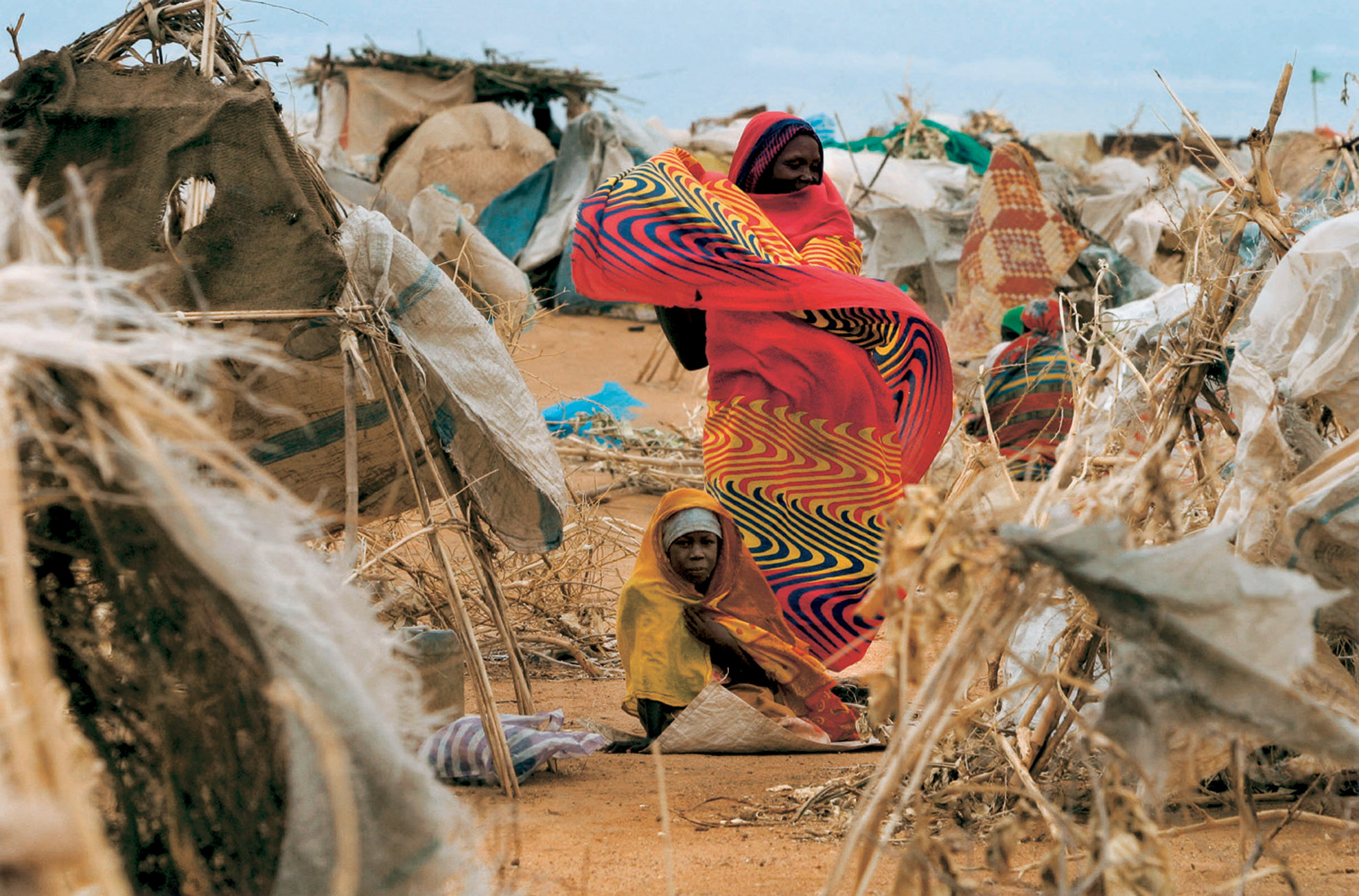 1. The woman's colourful clothing contrasts with the conditions in which she has been forced to live alongside refugees in the Otash camp for internally displaced persons (IDPs) in South Darfur, Sudan

The woman’s colourful clothing contrasts with the conditions in which she has been forced to live alongside refugees in the Otash camp for internally displaced persons (IDPs) in South Darfur, Sudan.

The residents of Otash were living in shelters made of rubbish and branches, as humanitarian organisations had not yet started working in the camp.

Evelyn Hockstein is a senior staff photographer at Reuters based Washington, DC, and President of the Women Photojournalists of Washington.

Evelyn has worked in more than 70 countries for news outlets including The Washington Post, The New York Times, Time, The Guardian, and Newsweek. Recently profiled by PhotoShelter,

Evelyn won first prize in World Press Photo and Pictures of the Year International in 2020 and was nominated for the World Press Photo of the Year. She has previously won awards from POYi, NPPA Best of Photojournalism, the Days Japan International Photojournalism award for her coverage of women in Darfur, and has been nominated for two Pulitzer Prizes.

Her work has been exhibited in the US, UK, France, South Africa, Japan, and Kenya, and her recent adventures have included documenting climate change north of the Bering Strait, climbing in Pakistan for a story about the only female mountain rescue team, and scaling rigs in North Dakota for a project on the oil-rich Bakken. Click to see more in Evelyn's archive. Read her recent op-ed published in The Guardian.