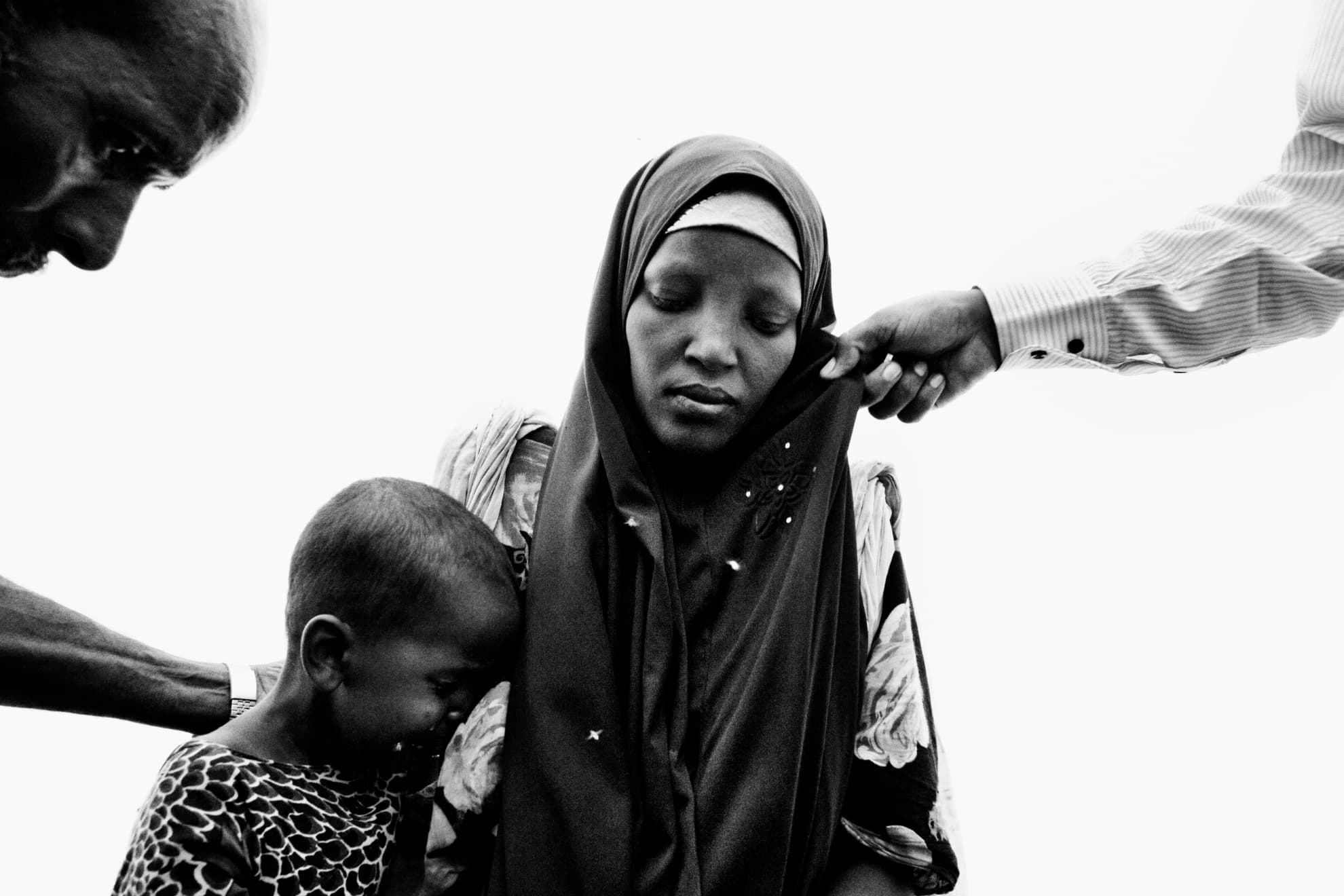 1. A young woman and her child at the moment of registration in the Dadaab refugee camp in northeastern Kenya. 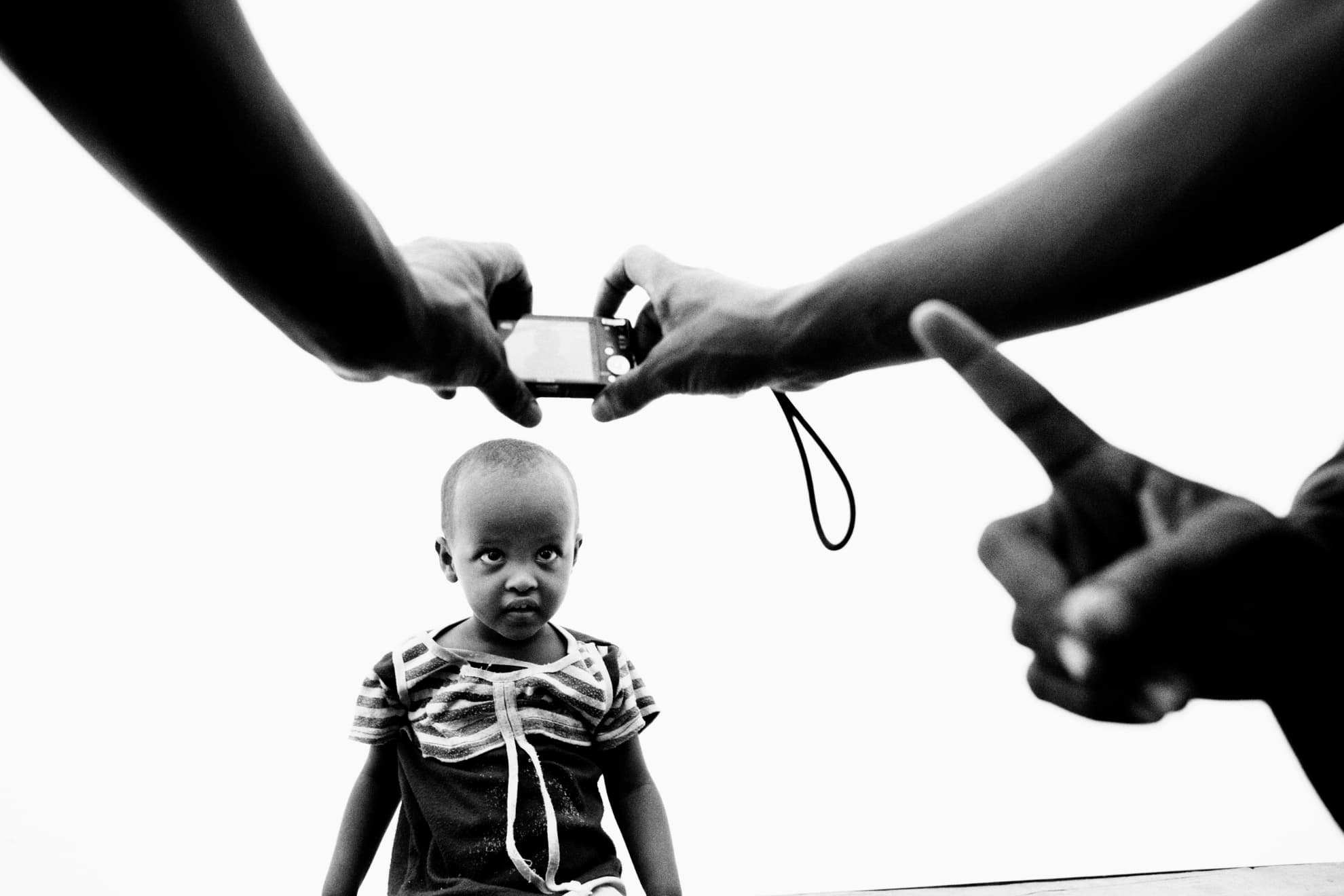 2. A child is photographed at the Registration Centre of United Nations in Dadaab refugee camp. 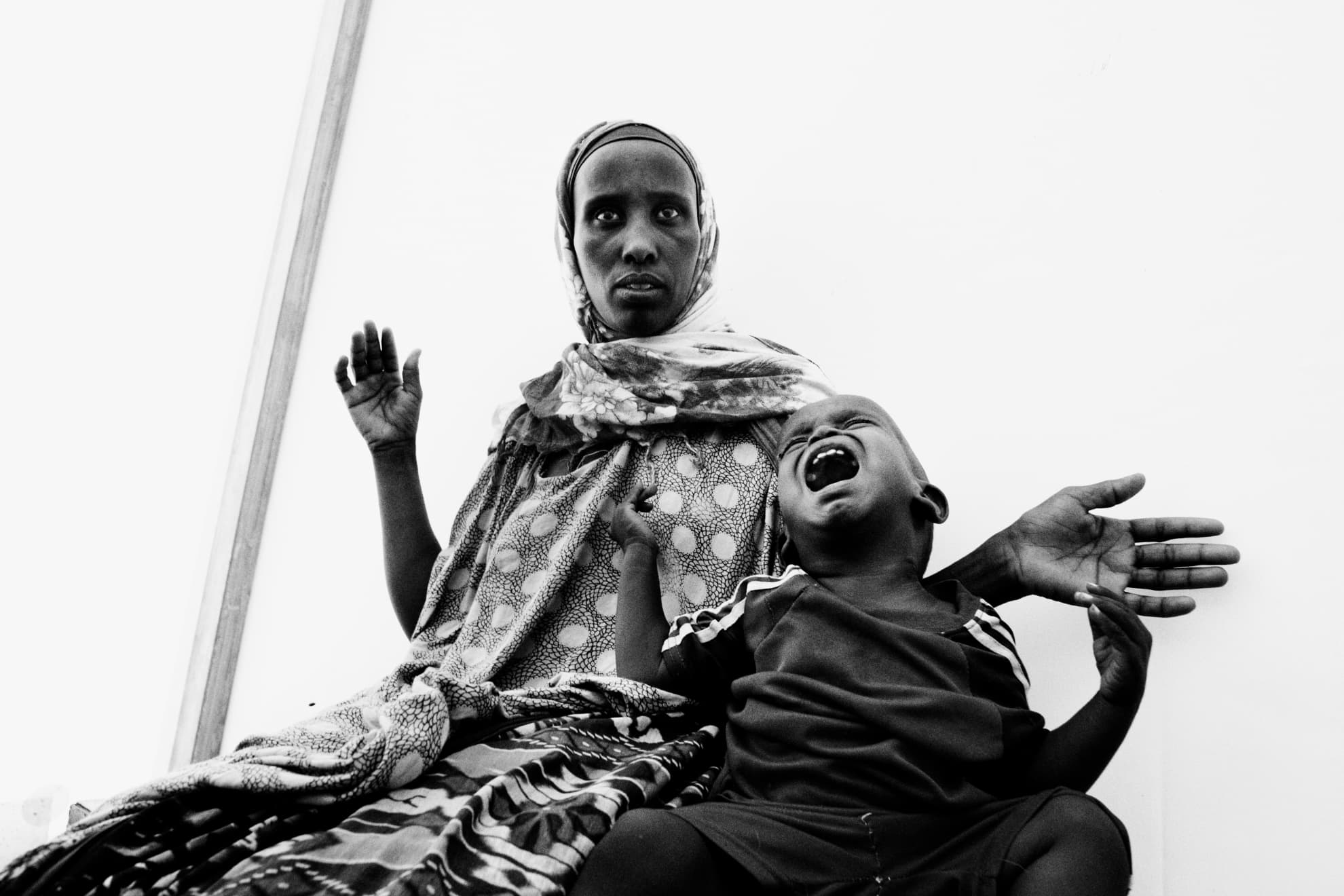 3. A young woman and her child photographed at the moment of registration in the Dadaab refugee camp in northeastern Kenya. 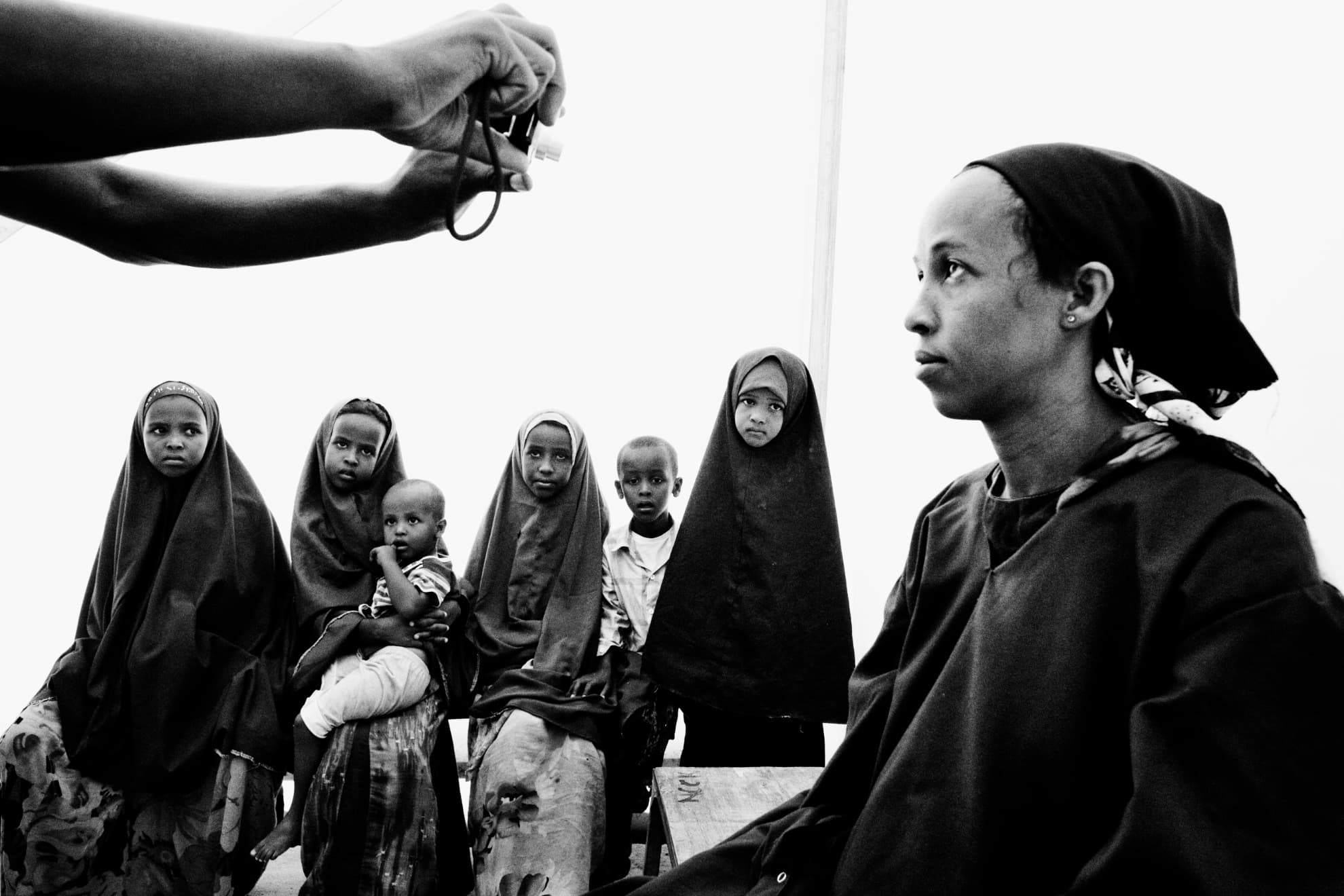 4. A woman in UN Registration Center is photographed while her family is waiting to be registered in Dadaab refugee Camp. 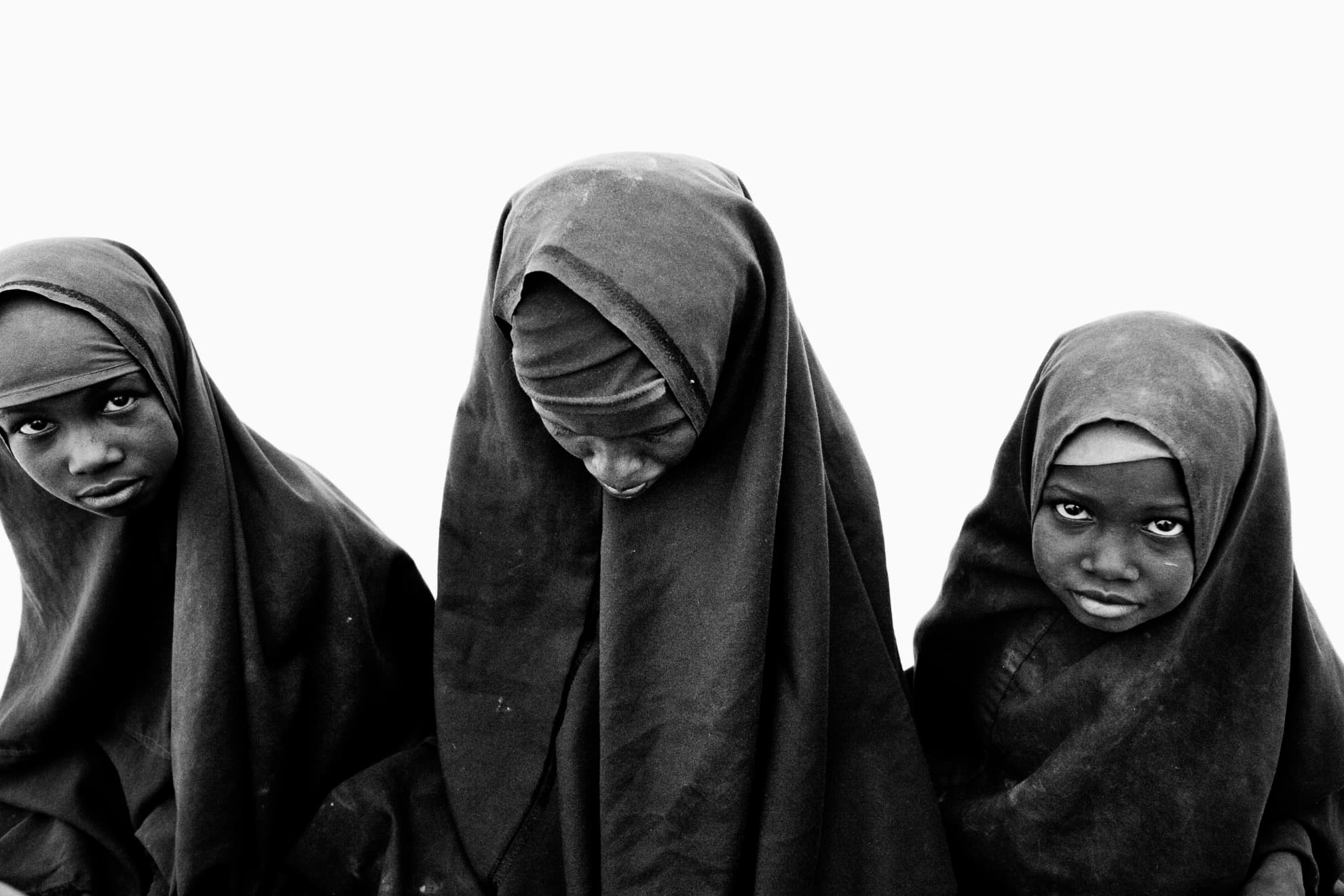 5. Three young sisters at the moment of registration in the Dadaab refugee camp in northeastern Kenya.

Waiting for humanitarian aid in Dadaab

Of all the countries in the Horn of Africa, Somalia is the most vulnerable to famine. A twenty-year civil war and the worst drought in sixty years have together generated the most devastating humanitarian disaster occurring anywhere in the world today.

These photographs are part of a series taken at the United Nations High Commissioner for Refugees (UNHCR) registration centre located in the Ifo refugee camp near the Kenya-Somalia border. They document Somali refugees being photographed by United Nations staff during the registration process necessary to obtain a ration card.

The network of camps in Dadaab has become the world’s largest refugee centre, currently sheltering some 380,000 Somalis fleeing drought and civil war. The first installations set up at this point close to the border between Somali and Kenya, were meant to host the approximately 90,000 refugees who fled Somalia’s civil war in March 2009. Today it is calculated that over 40,000 people live on their perimeter, beyond the jurisdiction and control of the United Nations.

In the area operated under the auspices of the United Nations, all refugees are photographed and fingerprinted as part of a process of issuing ration cards that entitle the bearer to twice-weekly food allotments. Registration with the UN leads to the official refugee status required to gain access to tents, lavatories, drinking water, healthcare facilities and ration cards.

Every morning thousands of Somalis flee across the border to Kenya and walk an additional eighty kilometres to reach the United Nations High Commissioner for Refugees registration centre in Dadaab. There they must wait in a long and silent queue in which no one smiles, exchanges a word with another person or attempts to elbow his or her forward. 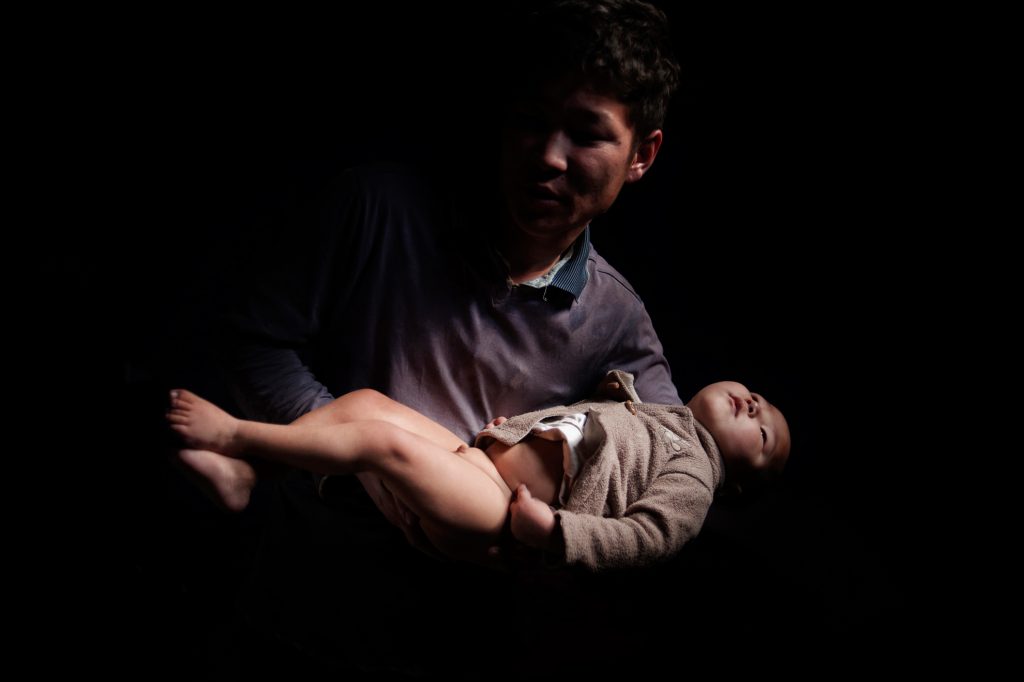 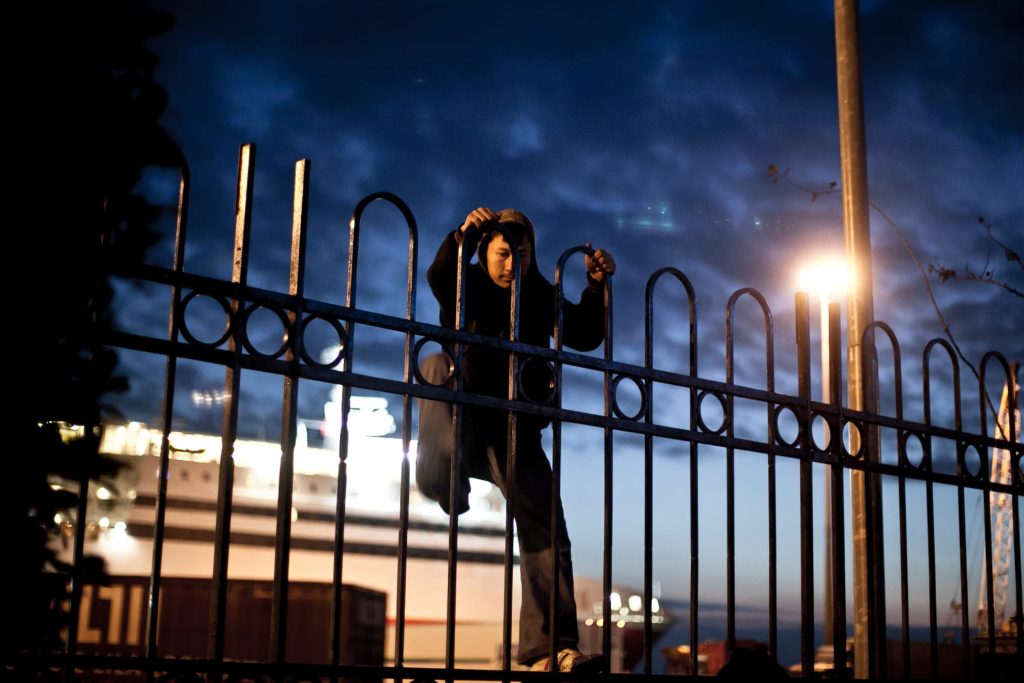 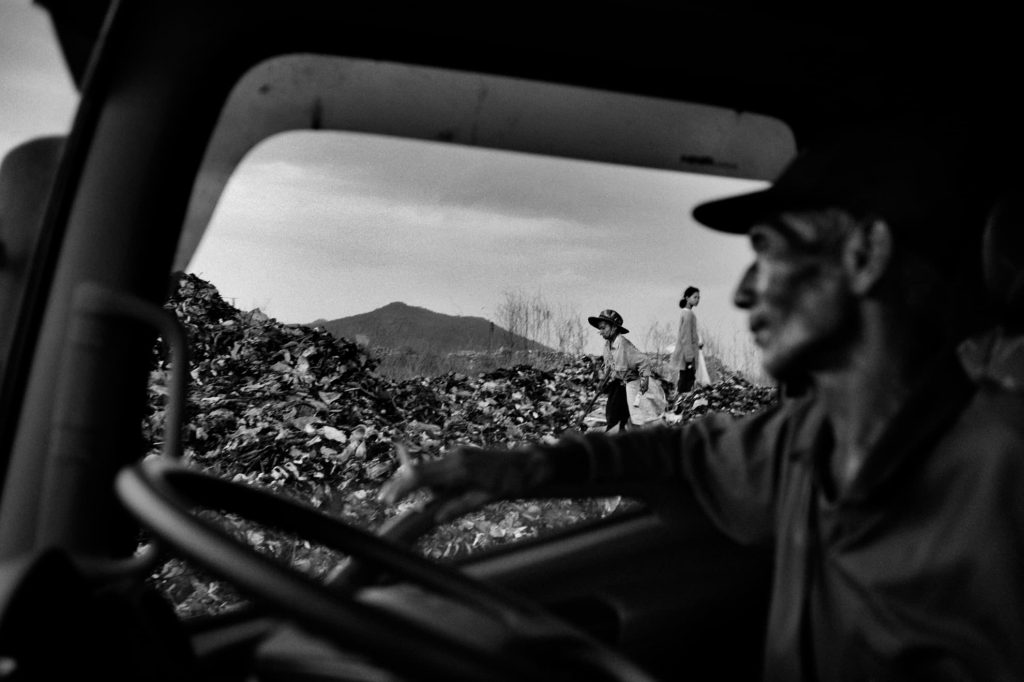