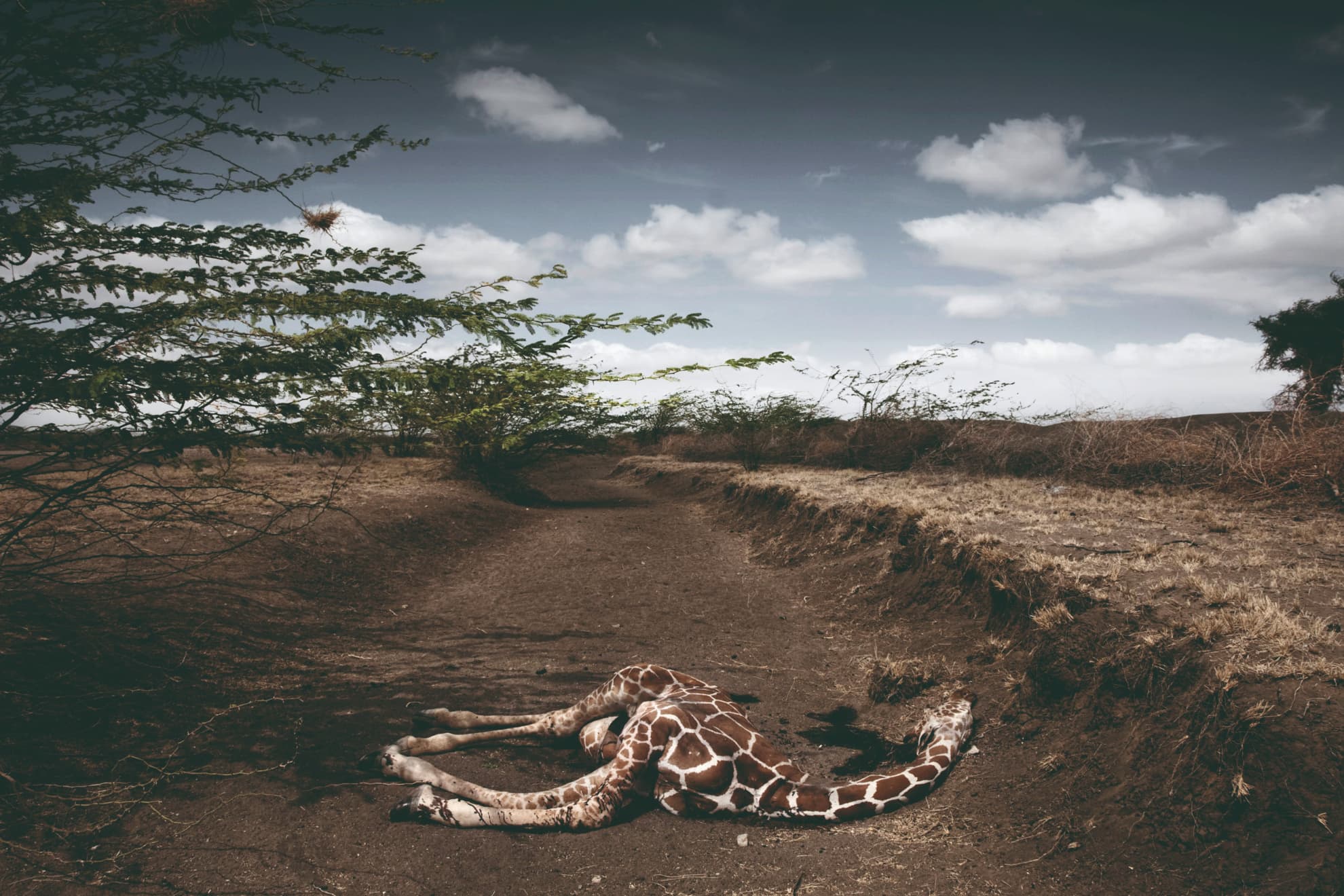 1. Giraffe killed by the drought in the WAJIR area, in the north eastern province of Kenya .October 2009. 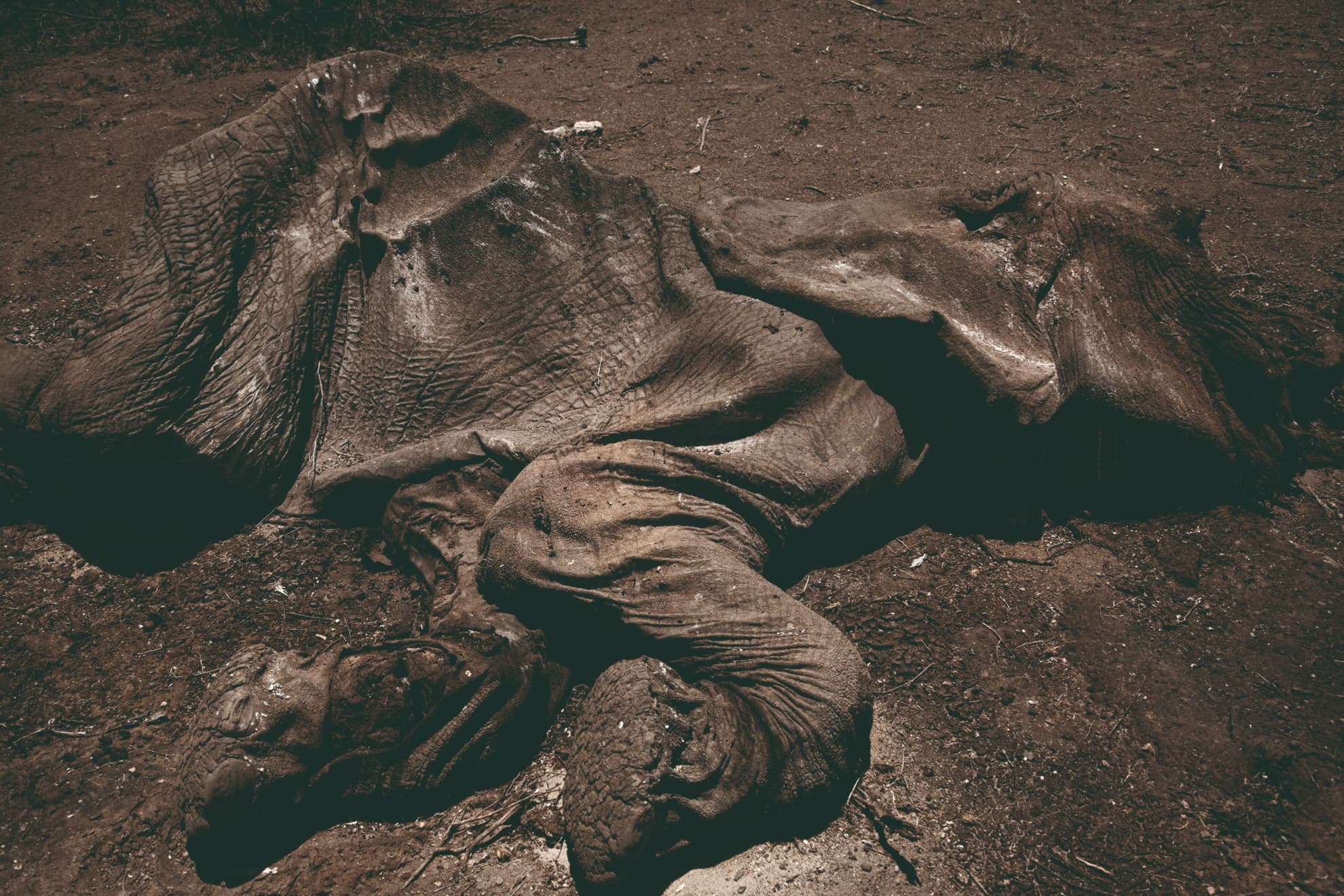 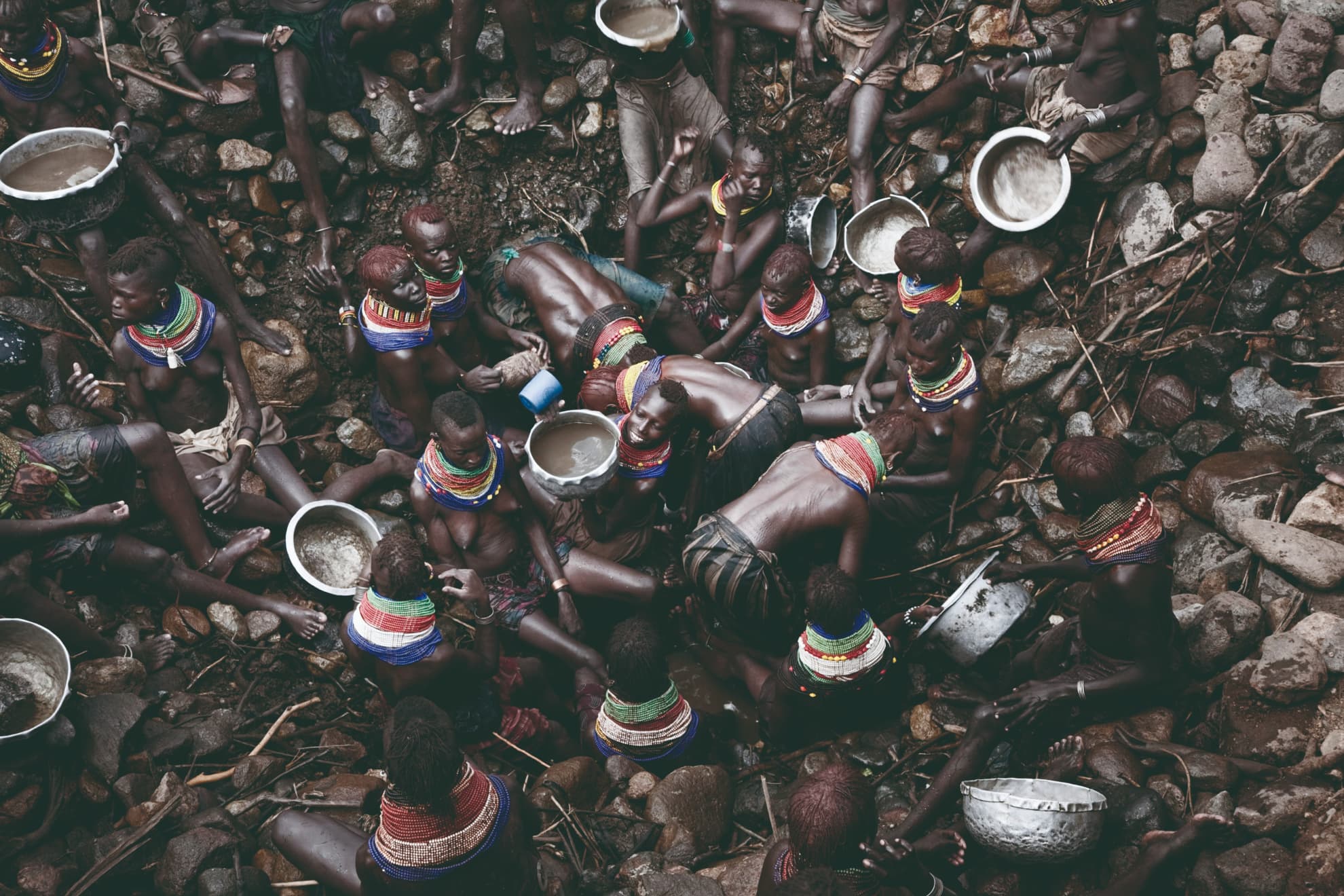 3. Turkana women collect water for people and cattle from a twenty meter deep, homemade borehole, in the village of KAITEDE, in the TURKANA region, Kenya. October 2009.

Kenya is facing a devastating drought, the worst in the last decade. Parts of the country haven’t seen a drop of rain for several years, livestock and crops are dying and people are getting weaker every day. The lack of resources in Kenya and in neighboring countries is sparking inter-tribal conflicts as communities fight for limited grazing land and water. The spread of weapons is turning those conflicts into bloody ones.

Agriculture has diminished as arid lands stretch towards the capital, Nairobi, where the taps have run dry, causing increased levels of tension in the neglected slums. Tourism, the second pillar of the Kenyan economy, is in jeopardy. Wild animals are dying of hunger and thirst in the parks, while predators have started drawing closer to the villages, killing cattle to get drinkable water from their stomachs.

Aid organizations have been warning of a catastrophe for months. Until now, nothing has happened. The Kenyan government has been unable to take the proper steps to improve the situation – halted by political divisions and corruption – and no real relief operation has yet begun.

Droughts in the Horn of Africa: Ethiopia, Somalia, Sudan, Eritrea are not unusual, but Kenya is one of the most developed countries of the continent, and a key ally to the West in East Africa. At a time when there is a great deal of debate about climate change, the international community cannot afford to keep its eyes shut, whilst Kenya teeters on the brink of disaster.

I was born in Koln and spent all my life so far, between Rome, Milan and Paris. Even if we are living in a time where is not really trendy , I feel myself deeply European. I choose photography to became my language, because I felt it is universal, the only filter you have to use is your own mind-eyes.
Below the essential of my biography

I am a photographer since 1988. I attended 2 years courses at ISF (Instituto Superiore di Fotografia) in Rome between 1985/87 and moved, the first time, to Paris from 1989 to 1996, working, among others for the Louvre Museum. Back and forth from France to Italy. In 2000 I received the Honorable Mention of Leica Oskar Barnack Award.

That same year I started the project Pornoland, a photographic journey on pornographic movie sets around the world. In 2004 Pornoland became a book enclosing a 16 pages text by English writer Martin Amis. Pornoland has been published by: Thames & Hudson, Knessebeck, La Martinière and Contrasto.

From 2003 to 2010, I worked on Blindness-, my main work, lasted 8 years. A photographic project on the life condition of blind and low vision people, around the world. Blindness received the patronage of Vision 2020- World Health Organisation and won the W.E. Smith Fellowship Grant in 2007.
In 2006 I embarked on the project Cinema Mundi, a World Cinema exploration on the alternative cinematographic scene external to the Hollywood dream factory including China, Russia, Iran, Argentina, Nigeria, South Korea and India. Cinema Mundi has been also transformed in a 7 minutes short movie screened at Locarno International Film Festival on August 4th, 2007.

In 2009 the Moving Walls of Open Society Foundation has exhibited my work in Washington and New York. In 2010 I was recipient of the Days Japan International Photojournalism Award and the Getty Grant for Editorial Photography.