2. Approximately 20,000 refugees are staying in southern Italy. Before the displacement from Rosarno, 900 people lived in this factory. 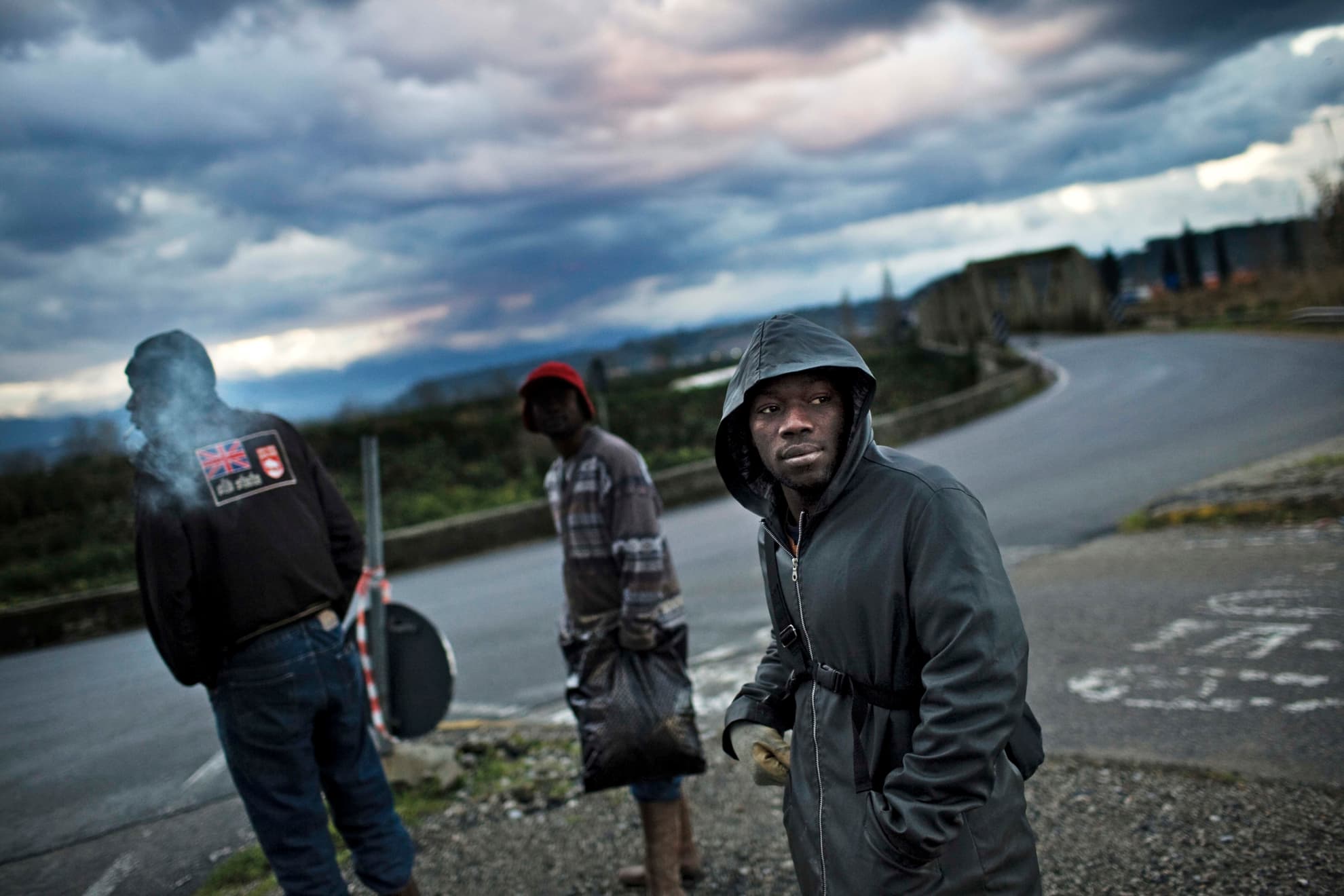 3. More than half of the refugees are male. Are the reasons for their departure different?

We are suffering here

Rosarno is a small town in the province of Reggio Calabria on the Italian Mediterranean coast, which is well known for producing citrus fruits, olive oil, and wines.

However, on the 7th of January 2010, Rosarno also gained notoriety for a series of racially motivated riots against African migrant workers. Immediately after these riots, 2000 Africans were evacuated almost overnight to other areas of the country.

In Italy, once asylum is granted, refugees are left completely alone, without any public support. Therefore, the refugees who had recently been evacuated from Rosarno did not have any other choice but to return and seek employment, once again, ironically, from the very people who chased them out some weeks earlier.

Living conditions are unspeakable for these refugees. They live in abject poverty, on the edge of society – with no electricity, no drinking water, no medical care. Left entirely on their own, they try to survive in an environment, which bears absolutely no relation to their European Dream, but rather provides a strong reminder of the situations they actually fled from.

Every morning, at 7 o’clock, they stand by the main roads and remain there for hours and hours, desperately waiting and hoping to be offered a job – a single day’s work on the plantations, which pays no more than 25 Euros. Whether or when they get paid depends solely on the arbitrary decision of the plantation manager.

Their dream of a better life in prosperous Europe disappeared long ago and has given way to despair and helplessness. Rosarno’s migrant workers are facing a dead-end Europe, in which they are neither able to go forward nor willing to turn back.