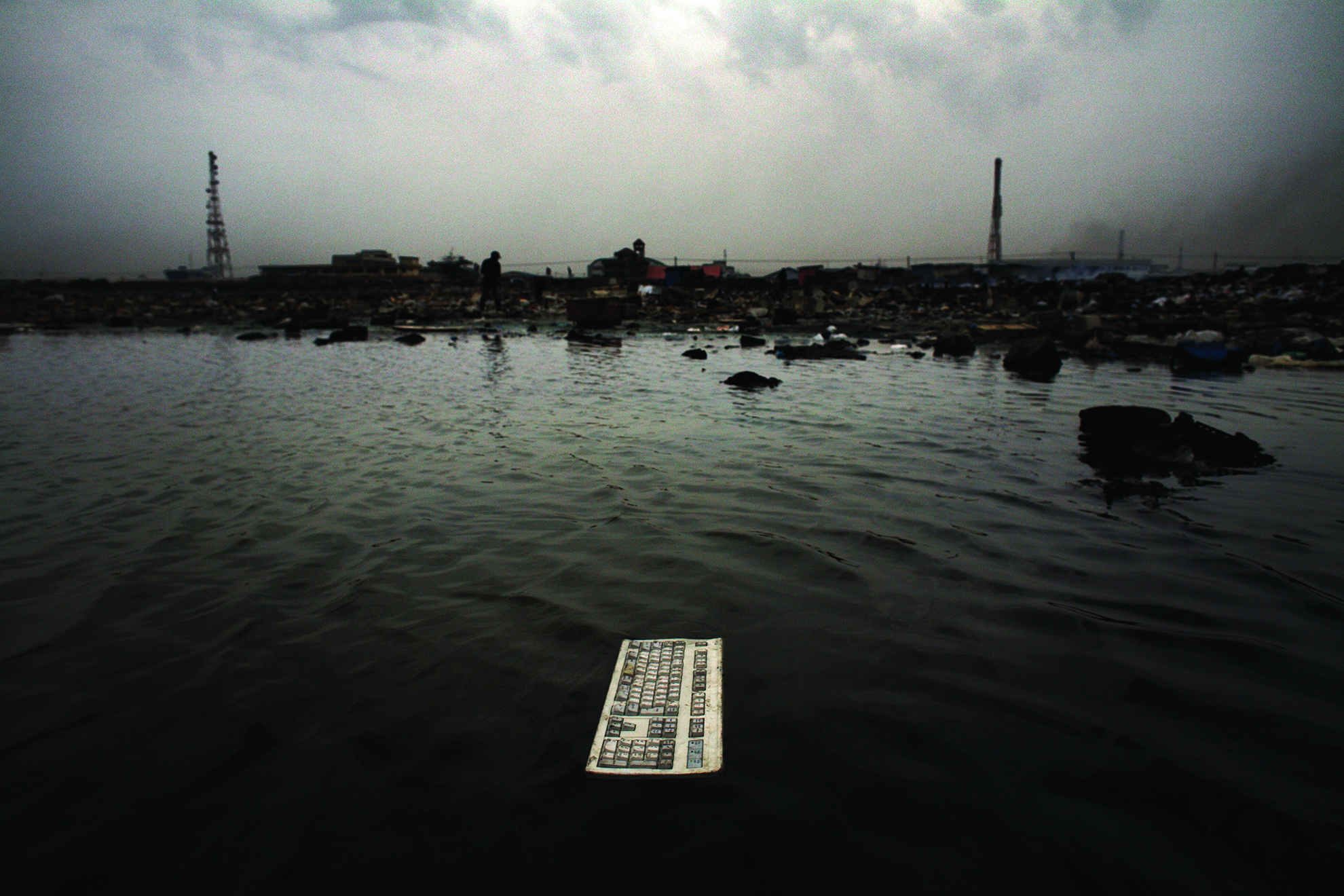 1. A keyboard lies in a polluted lagoon at Agbogbloshie dump, in Accra, Ghana. Electronic waste is dumped in West Africa from the US and Europe and many of the toxic elements this waste contains pose a threat to human life, water bodies and the environment. 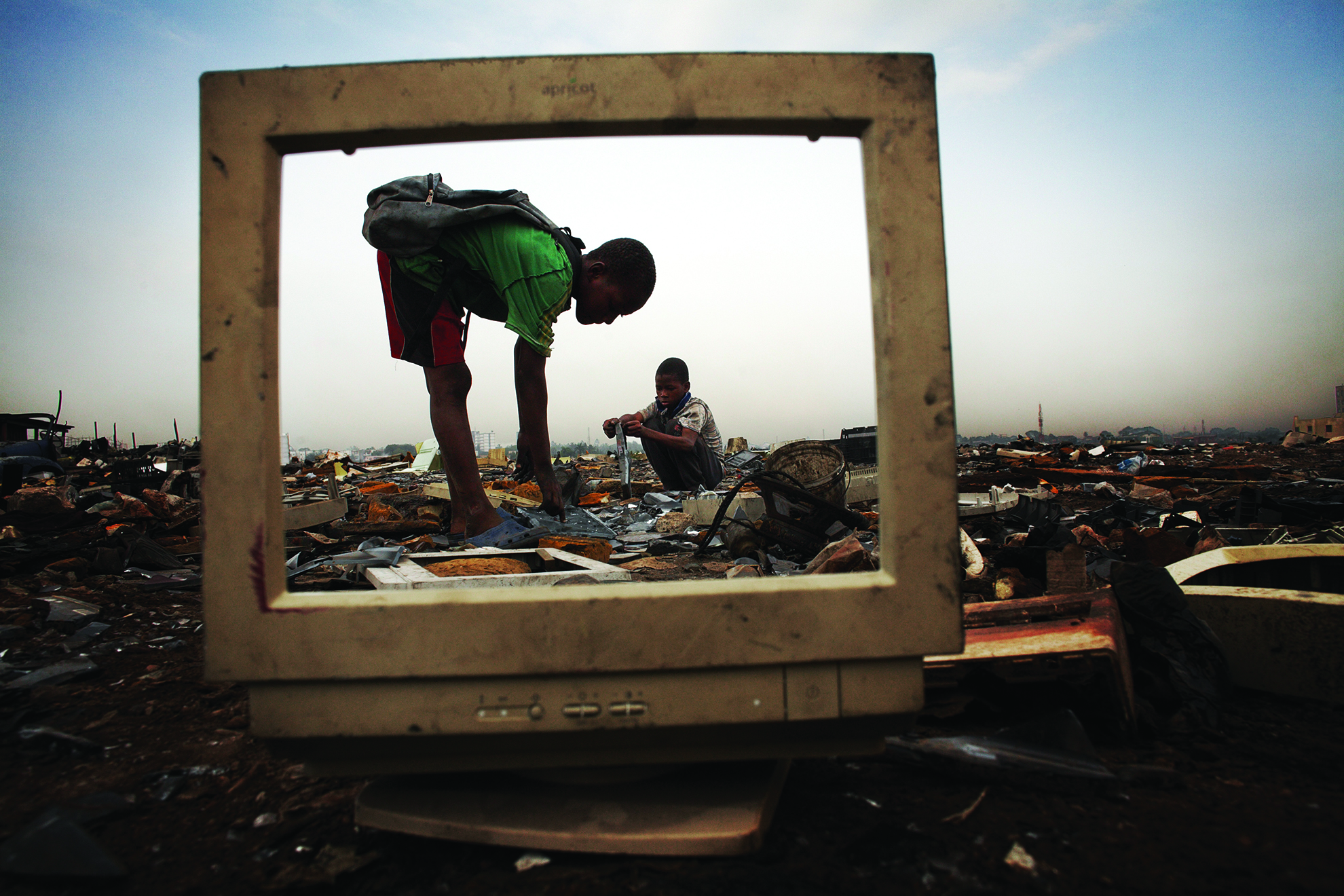 2. Children break apart CRT monitors to salvage metal from inside, at Agbogbloshie dump. Many children work at the dump salvaging metals which they sell to middlemen. They do not wear any protective clothing and so expose themselves to lethal doses of hazardous chemicals like mercury and lead. 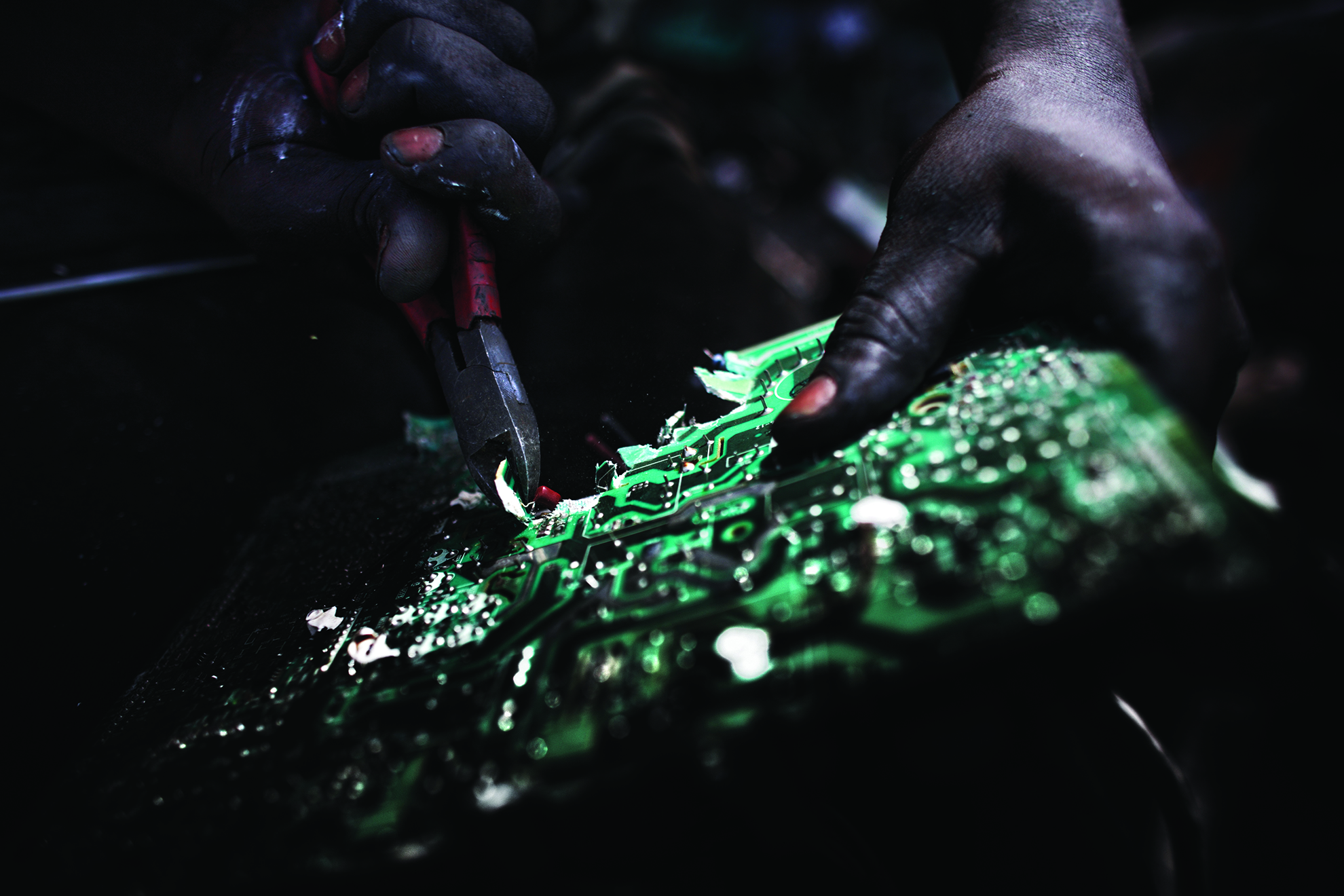 3. A man rips apart a circuit board to salvage components, at Agbogbloshie dump. 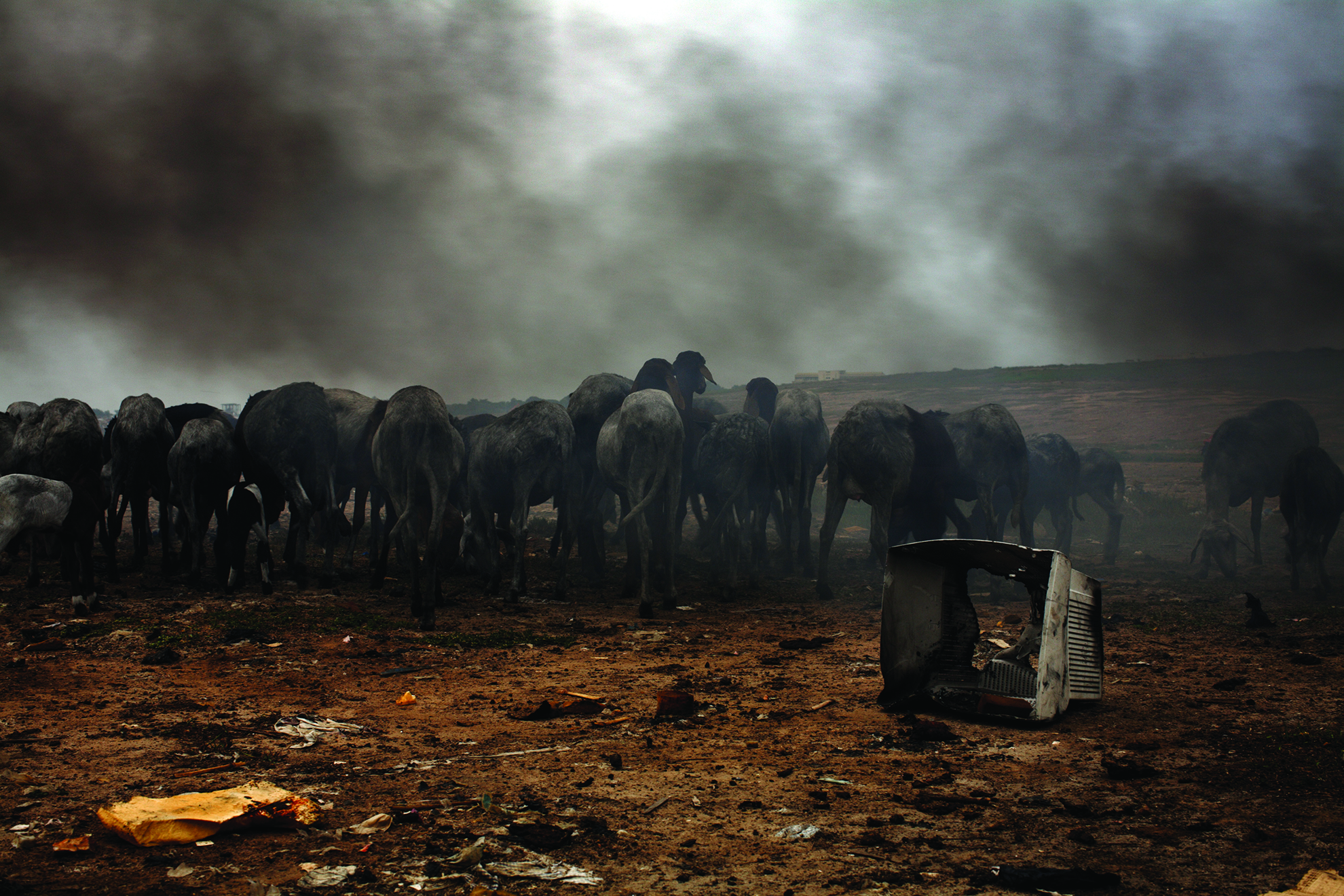 4. Goats are herded around Agbogbloshie dump while smoke rises from burning e-waste. The open ground in the suburb of Accra used to be a place where engines where broken apart but in recent years electronic equipment has become the waste of choice as Ghana becomes a dumping ground for the Western world’s obsolete electrical junk.

Move to trash. It’s an operation we perform every day on our computer desktops. But what happens when the virtual becomes real? Where do our computers go when they die?

The suburb of Agbogbloshie in Ghana’s capital, Accra, has in recent years become a dumping ground for computers and electronic waste from Europe and the United States. Hundreds of tons of e-waste end up here every month as countries in the north attempt to unload their ever increasing stockpiles of toxic junk. Of the 20 to 50 million tons of electronics discarded each year 70% will end up in poor nations, and in the European Union alone 6.6 million tons of e-waste are unaccounted for every year.

Increasingly this e-waste is finding its way to West African countries like Ghana, Nigeria and Ivory Coast. Traders bypass international laws by labelling the equipment as second-hand goods or charity donations, but in reality as much as 80% of the computers sent to Ghana are broken or obsolete. Their final resting place is Agbogbloshie dump where they are broken apart, mostly by children, to salvage the copper, hard drives and other components that can be sold on.

The disposal of electronic goods in the north is a costly affair subject to strict environmental laws, but in places like Ghana there are no such regulations. Toxic metals like lead, beryllium, cadmium and mercury are released in dangerous quantities causing untold damage to human health and the environment.

Andrew McConnell was born in Ireland and began his career as a press photographer working for a daily newspaper in Belfast during the closing stages of the conflict in Northern Ireland and the transition to peace.

Today his works focus on themes of displacement, post-conflict issues, and the environment. He has worked in-depth on issues such as the Syrian refugee crisis, e-waste in Ghana, the surfers of the Gaza Strip, and the conflict in the Democratic Republic of Congo, for which he won the Luis Valutena Humanitarian Photography Award.

In 2009, he completed a series on the forgotten Sahrawi people of Western Sahara, for which he was awarded 1st place in the portrait story category of the World Press Photo awards. A follow-up project on the issue of urban refugees was carried out in 8 cities worldwide and resulted in exhibitions in London and New York.

He is represented by one of the world's leading photographic agencies: Panos Pictures.