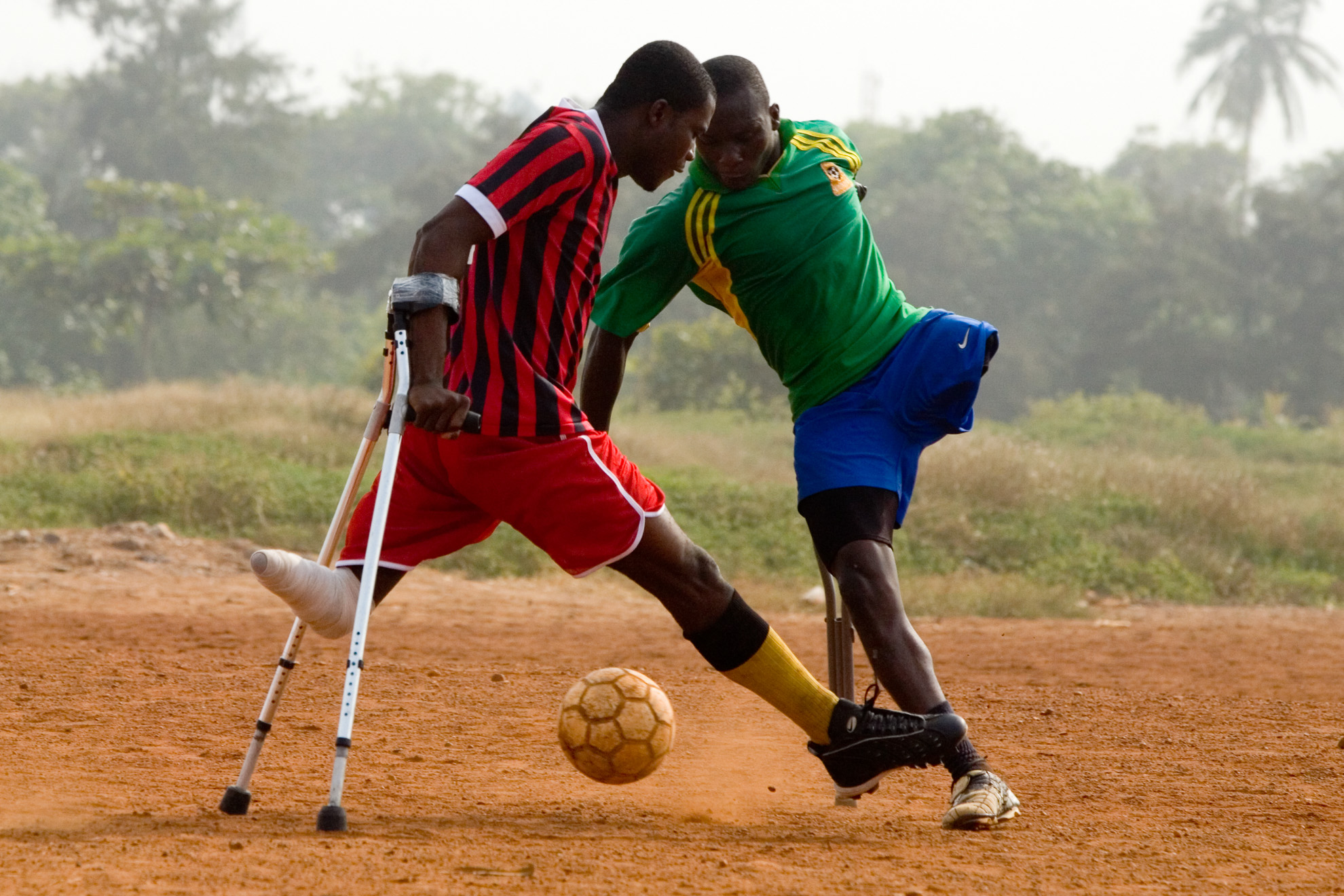 1. Most of them have lost an arm or a leg to polio; others were the victims of car accidents (one of the leading causes of death in Ghana). For many of the players, finding money for transportation every week is a constant challenge, but hope keeps them coming - the hope to one day become Ghana's first-ever disabled football team. Richard Ofei (left) and Richard Opentil (right) fight for the ball during a football practice in Accra, Ghana. Despite missing a leg, both men are among the fastest players on the team and easily keep up with their team-mates.

The team of hope

In many parts of Africa, disabled individuals live on the fringe of society. They are often considered useless, and a large portion of them end up begging on the street to survive. For a group of Ghanaian disabled young men, football is going to change this. Every Saturday morning, the group meets to train on a dirt field in Accra, the country’s capital. The young men play hard and never fail to impress able-bodied onlookers, who hardly believe disabled people can move around the field with such ability.

Olivier Asselin grew up in Eastern Quebec, Canada, where he studied and worked in the IT field before dedicating himself to photography.

He graduated in 2004 from the Western Academy of Photography in Victoria, British Columbia, and spent the following year working in the newspaper industry in Western Canada and Morocco. Olivier has worked for media and development organizations in over 25 countries throughout Africa, Asia, and Latin America.

His first book, Nwentoma: Visual Notes from West Africa, was published in 2007.

In 2013, he directed the feature-length educational documentary The Permaculture Orchard: Beyond Organic. He's the creator of possiblemedia.org, an online video platform aimed at promoting positive initiatives for a more sustainable future.

He is fluent in English, French, and Spanish and has a working knowledge of Brazilian Portuguese. He is available for assignments worldwide.