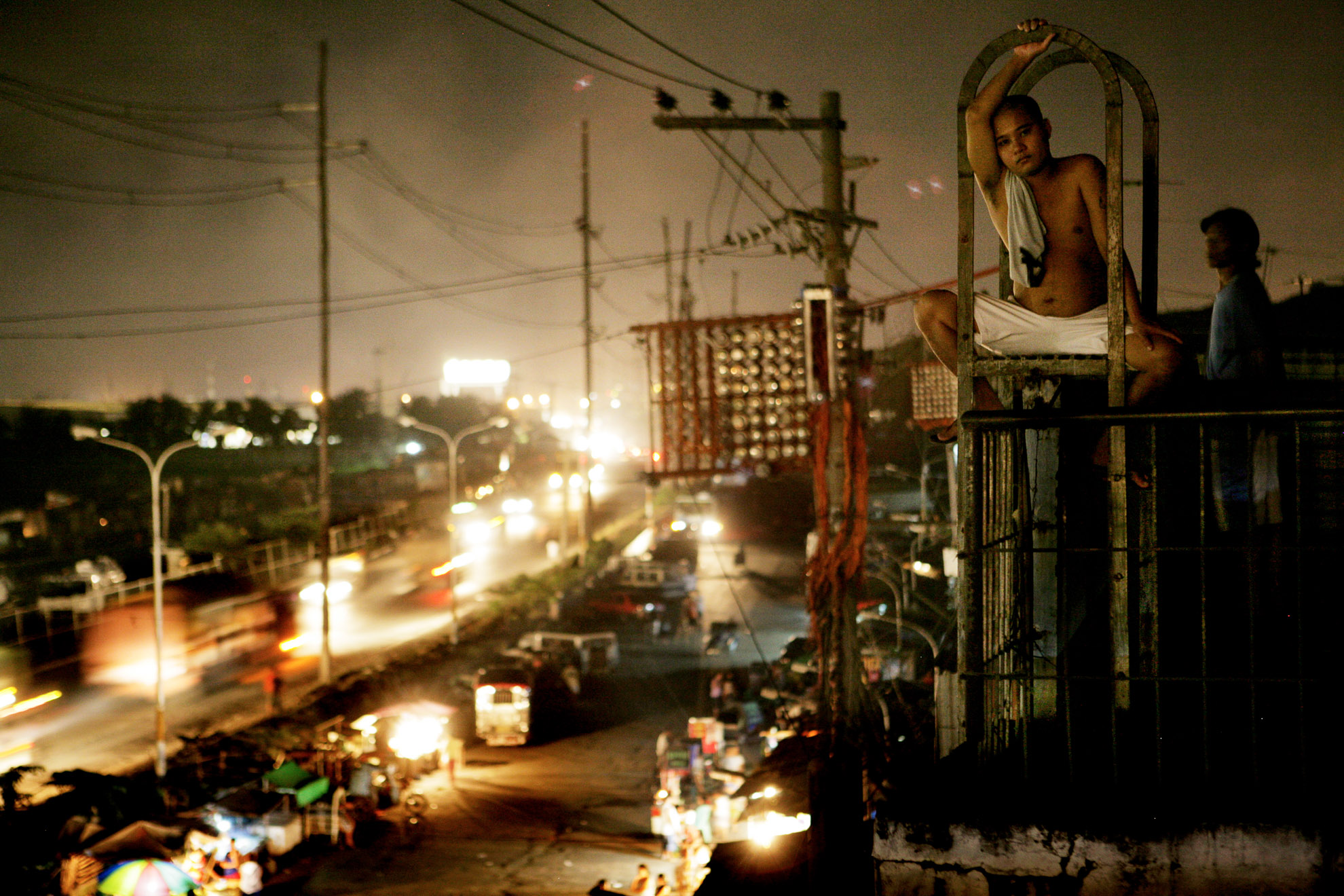 1. By the year 2050, the global population is expected to reach the nine billion mark, a massive increase from today's six-and-a-half billion. Overpopulation means too many people living in too small a space, and with too few resources.This is life in the Philippines capital, Manila - one of the largest and most densely populated cities in the world.There are few other places on earth where so many people live so closely together. On average there are 41,282 people per square kilometre, but in some slum regions there are as many as 88,000 people living per square kilometre. 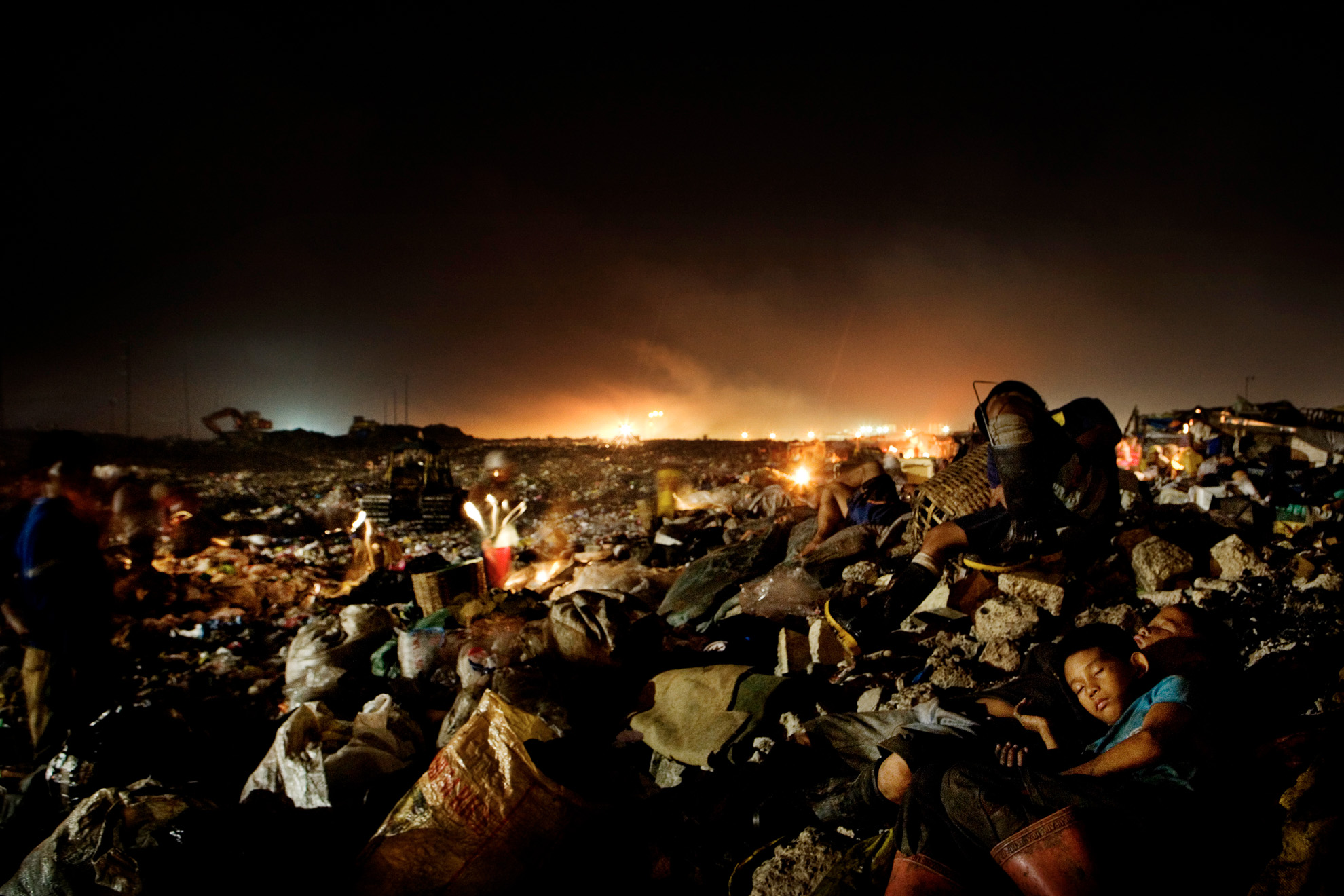 2. Two boys sleep in one of the city's toxic garbage dumps.This place is home for people who eat, sleep and live surrounded by rotting trash. Overpopulation is a complex global problem. However, for the residents of Manila it is quite a simple one: there is just not enough space. Old and young alike are forced to live in slums and shantytowns. Families live in homemade shacks built in cemeteries, or between railroad tracks or under bridges.They live wherever they can find some space. Even the city's toxic garbage dumps are home to people.With so many residents, the city's resources are stretched to the limit. Large parts of Manila's 11 million residents lack clean drinking water, paid jobs, and access to healthcare and education.

Overpopulation in Manilla, The Philippines

The shanty town of Vitas, next to the old dump site of ‘Smokey Mountains’. A few meters from it people are living in 27 buildings, with 4 floors. Each building has 88 apartments of only 18 sqm each, and these generally house a family of around six people.A young man spends time alone on the rooftop.The only way to get a little privacy in this overcrowded place.

Mads Nissen (1979) is a photographer based in Copenhagen, Denmark.

For Nissen photography is all about empathy - creating understanding, closeness, and intimacy. He strives to build that connection while focusing on contemporary social issues such as inequality, human rights violations, and are often destructive relationships with nature.

After graduating in 2007 with distinction from The Danish School of Journalism he moved to Shanghai to document the human and social consequences of China’s historic economic rise. In 2009, he was selected for the Joop Swart Masterclass.

Since 2014 he has worked as a staff photographer at the Danish daily Politiken. His images are also published in Time, Newsweek, CNN, National Geographic, The Guardian, Stern, and Der Spiegel among others.

He frequently gives lectures and workshops and has had solo exhibitions across Europe and Latin America.

In both 2015 and 2021, his photographs were selected as World Press Photo of the Year. In 2015, his photograph was of an intimate moment between a young gay couple from Russia, and in 2021, ‘The First Embrace,’ depicted an embrace between two women in a care home in Brazil during the COVID-19 pandemic.

Nissen has published three photo books: The Fallen (People's Press), AMAZONAS (Gyldendal), and most recently in 2018 the award-winning We are Indestructible (GOST Books).