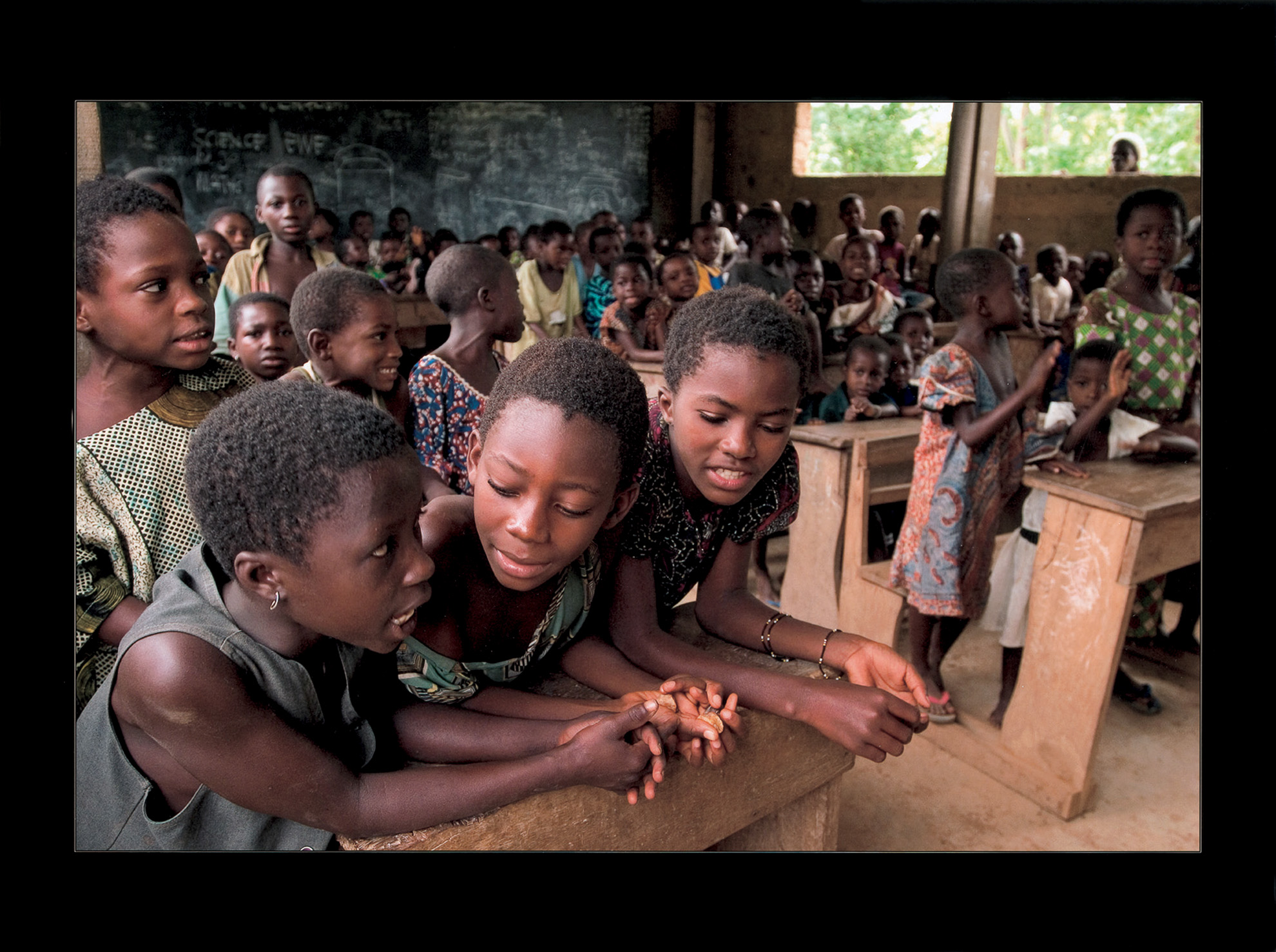 2. Fearing for their lives and unable to trust the government's ability to protect their families, thousands of Togolese citizens crossed the border into Ghana in the months following the elections. By the end of August 2005, UNHCR counted more than 12,000 refugees who had crossed into neighboring Ghana since April, although estimates of the number of Togolese who left their country after the elections are in the region of 12,000, the elections is estimated at around 16,000. 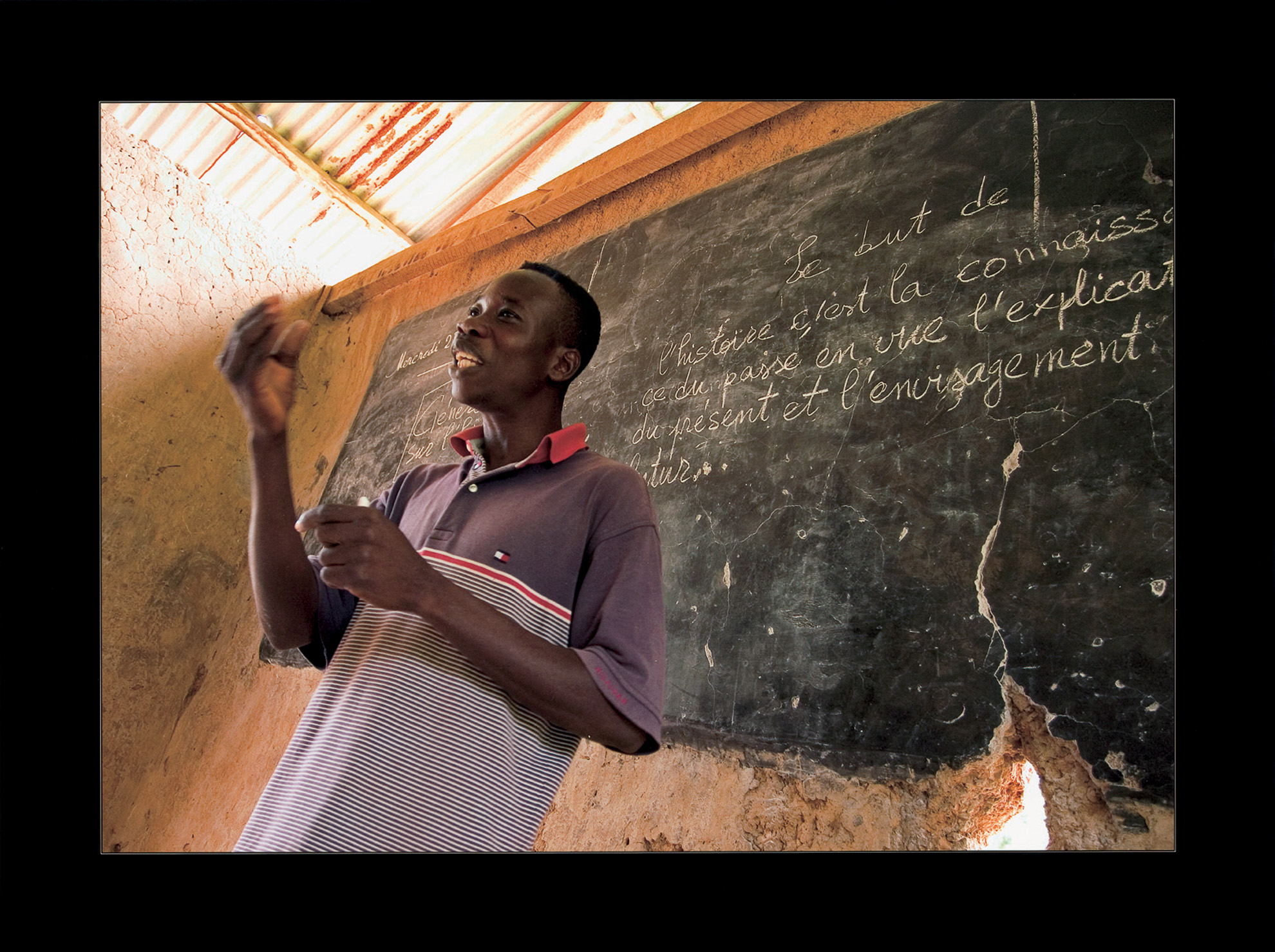 3. When I visited this small village where hundreds of refugees had begun to settle, I felt a deep sense of awe as I saw how Togolese children and their teachers continued to work hard to fight for their education despite the difficult conditions. When I walked into one of the classrooms of a school, I was immediately struck by something written on the wall. I was immediately struck by something written on the blackboard. The sentence read in French: "History aims to know the past better to be able to explain the present and foresee the future. I could not help but think that while thousands of Africans continue to live amid coups d'état and political instability, the ability of these children to learn from the past was their only hope for a better future.

Another World is Possible Special Award 2005

Lessons for our children

At the end of August 2005, I participated in a tour organized by the United Nations High Commissioner for Refugees (UNHCR) around the Volta region of Ghana, along the border with Togo. With this tour, UNHCR was trying to focus media attention on the plight of Togolese refugees. In April, the Togolese went to the polls to elect their new president. Despite the presence of 150 members of ECOWAS (Economic Community of West African States), sent to observe the election process, there were numerous irregularities: supporters of the ruling party stole ballots, destroyed computers, and prevented voters from entering polling stations co-Haitians in the Dominican Republic

Olivier Asselin grew up in Eastern Quebec, Canada, where he studied and worked in the IT field before dedicating himself to photography.

He graduated in 2004 from the Western Academy of Photography in Victoria, British Columbia, and spent the following year working in the newspaper industry in Western Canada and Morocco. Olivier has worked for media and development organizations in over 25 countries throughout Africa, Asia, and Latin America.

His first book, Nwentoma: Visual Notes from West Africa, was published in 2007.

In 2013, he directed the feature-length educational documentary The Permaculture Orchard: Beyond Organic. He's the creator of possiblemedia.org, an online video platform aimed at promoting positive initiatives for a more sustainable future.

He is fluent in English, French, and Spanish and has a working knowledge of Brazilian Portuguese. He is available for assignments worldwide.