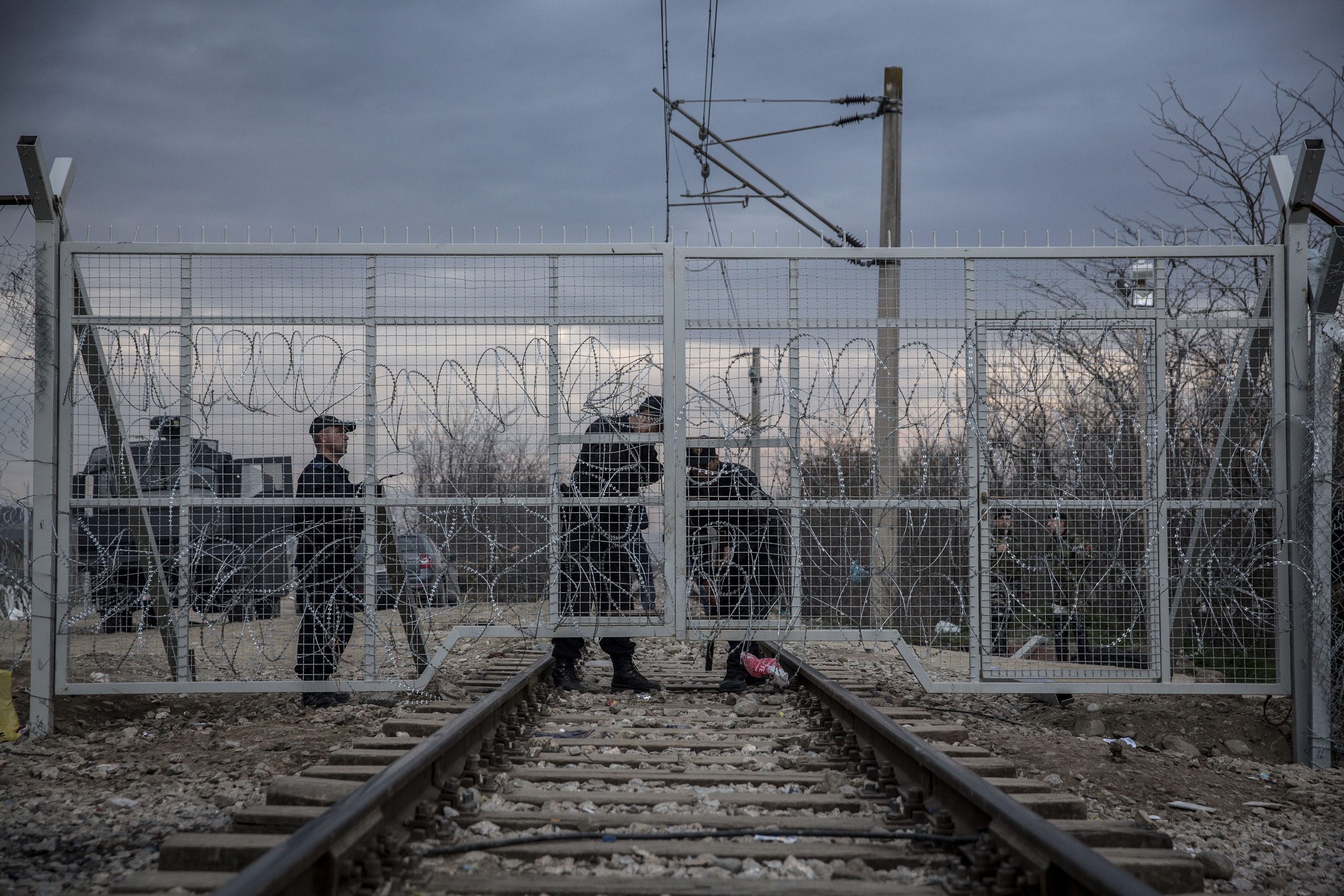 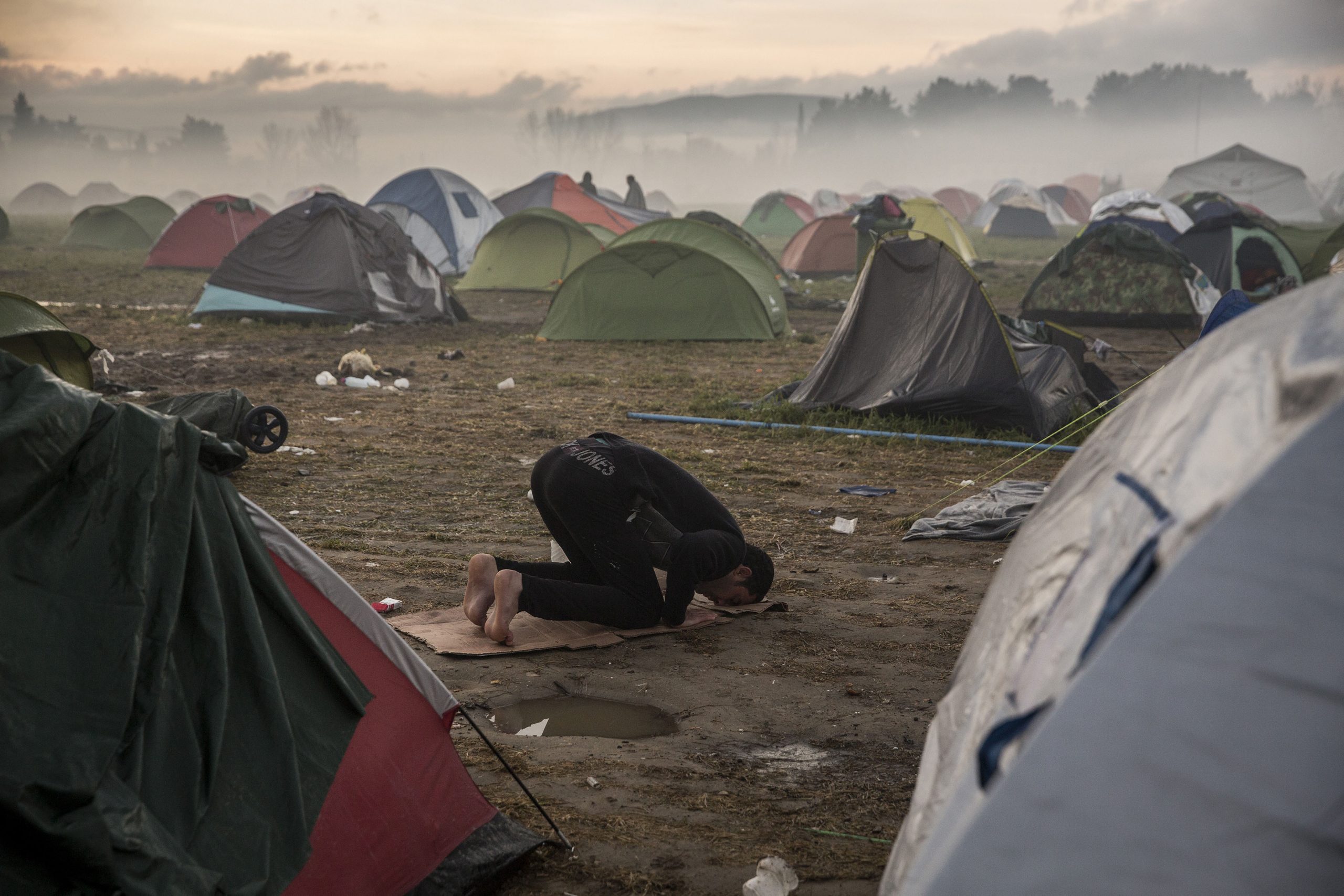 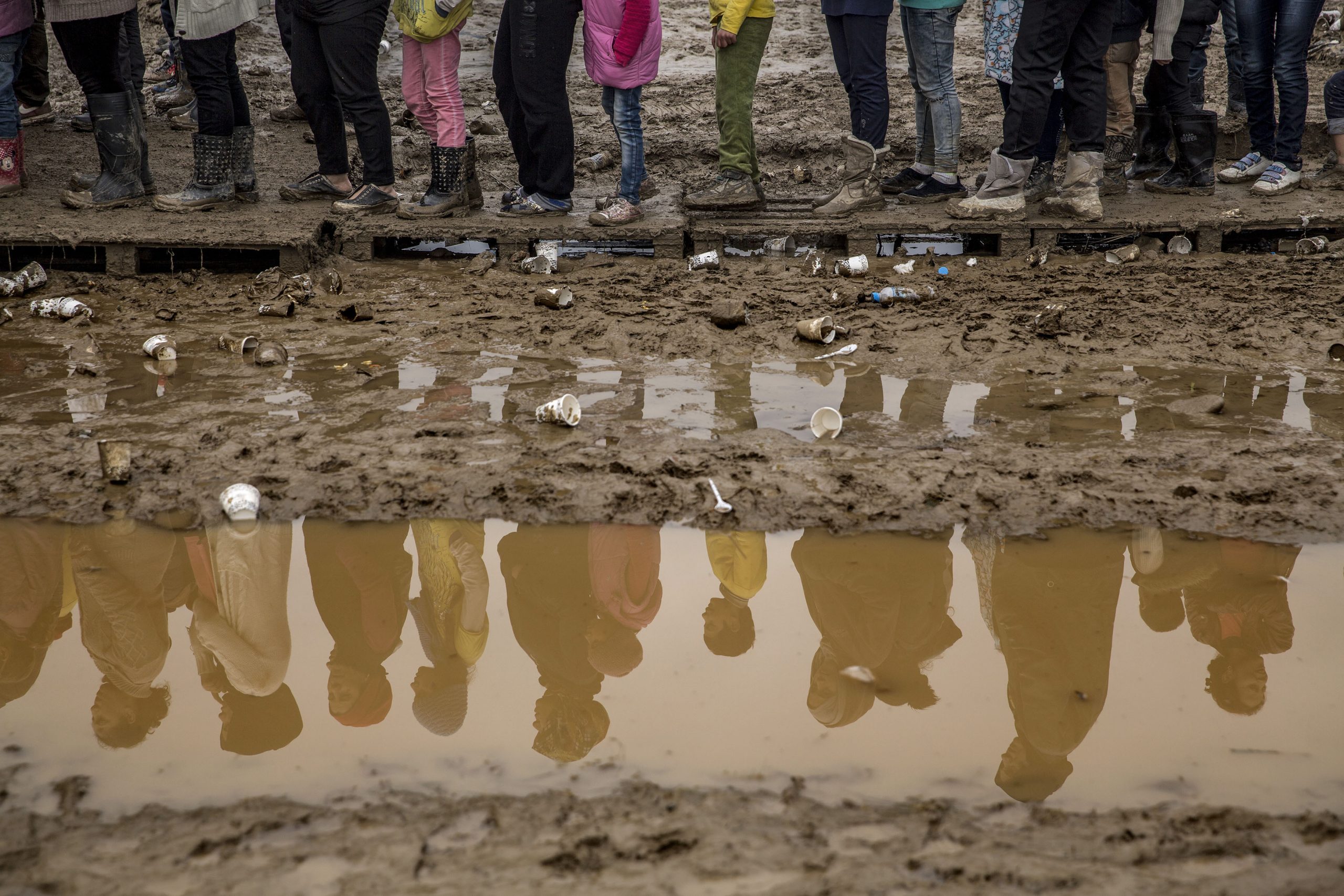 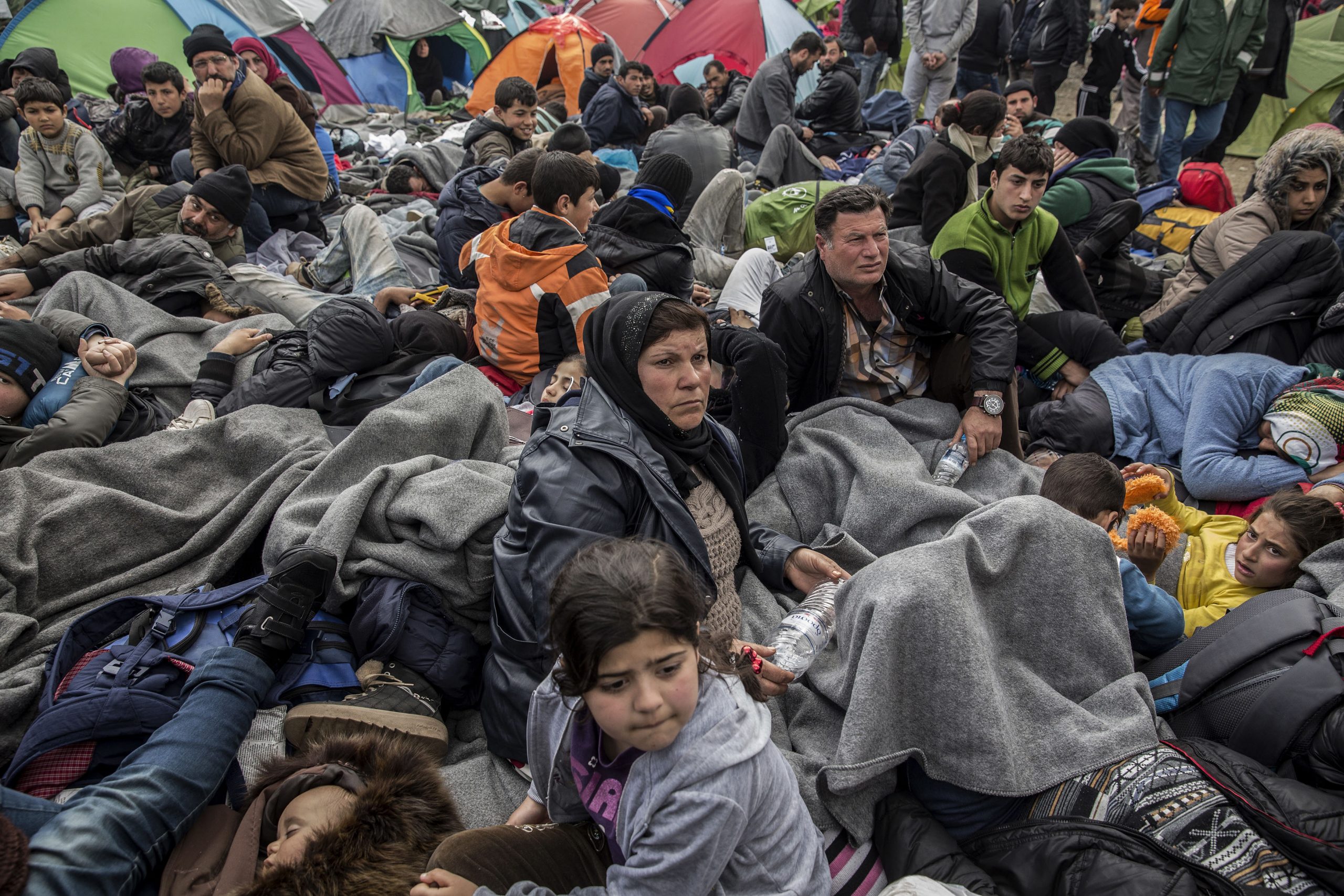 4. Dozens of people lying on the ground waiting next to the border gate, the opportunity to cross to Macedonia. People even slept in the same place so as not to miss the place. Idomeni. 07/03/2016 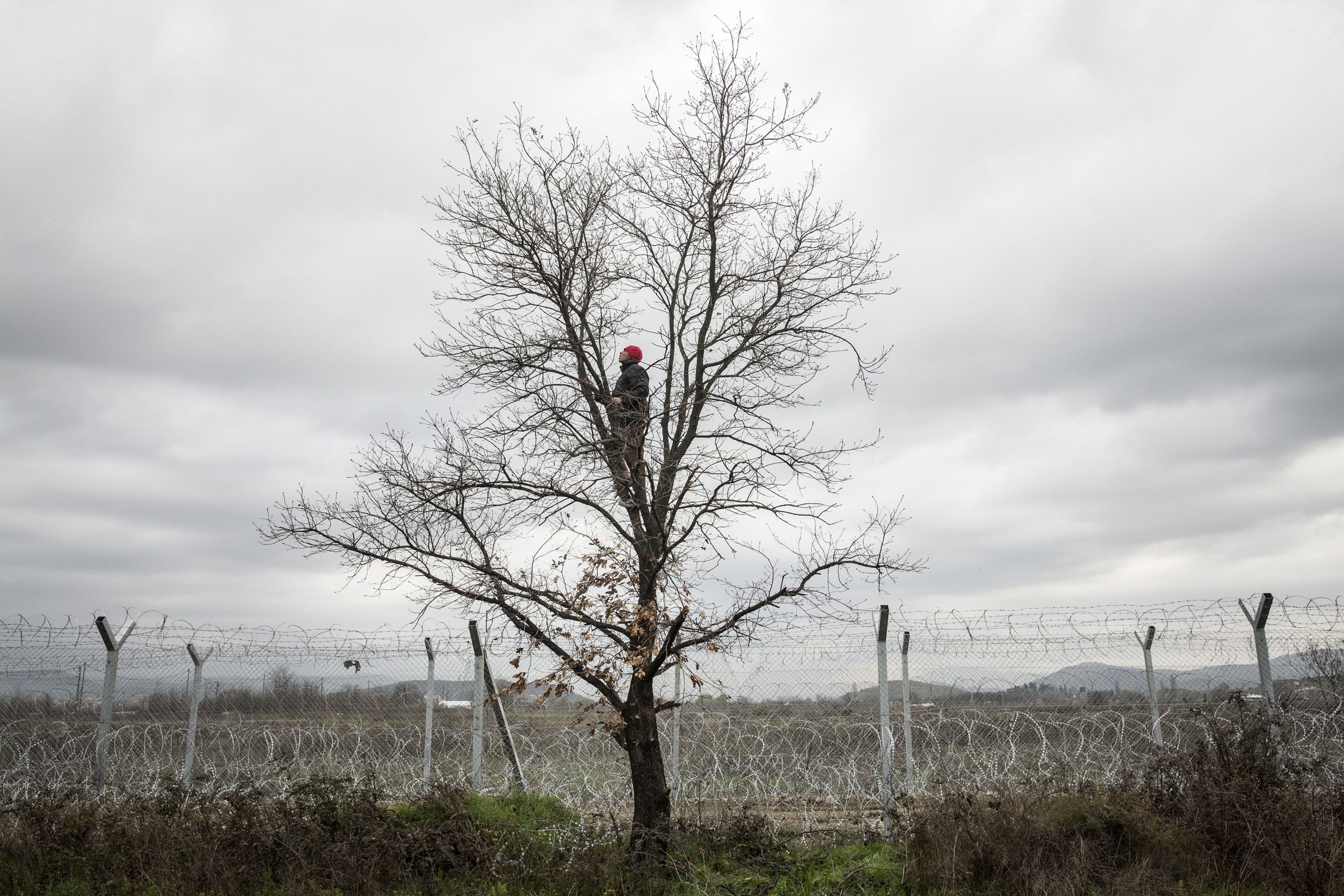 5. A man on the top of a tree picking some branches to make fire, next to the border fence between Greece and Macedonia. Idomeni, 07/03/2016 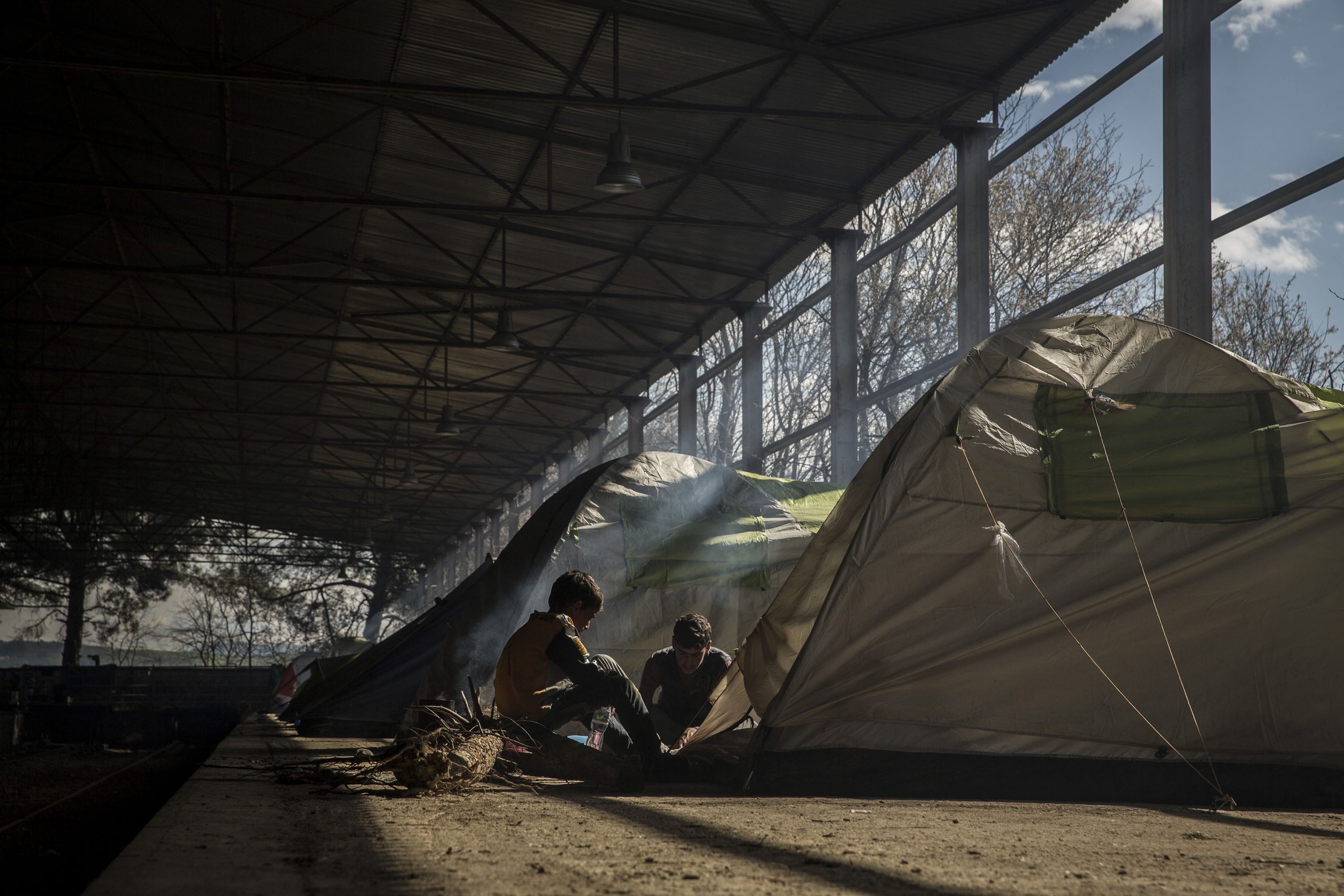 6. Two boys warming themselves with a bonfire in one of the old railway facilities were hundreds of refugees slept. 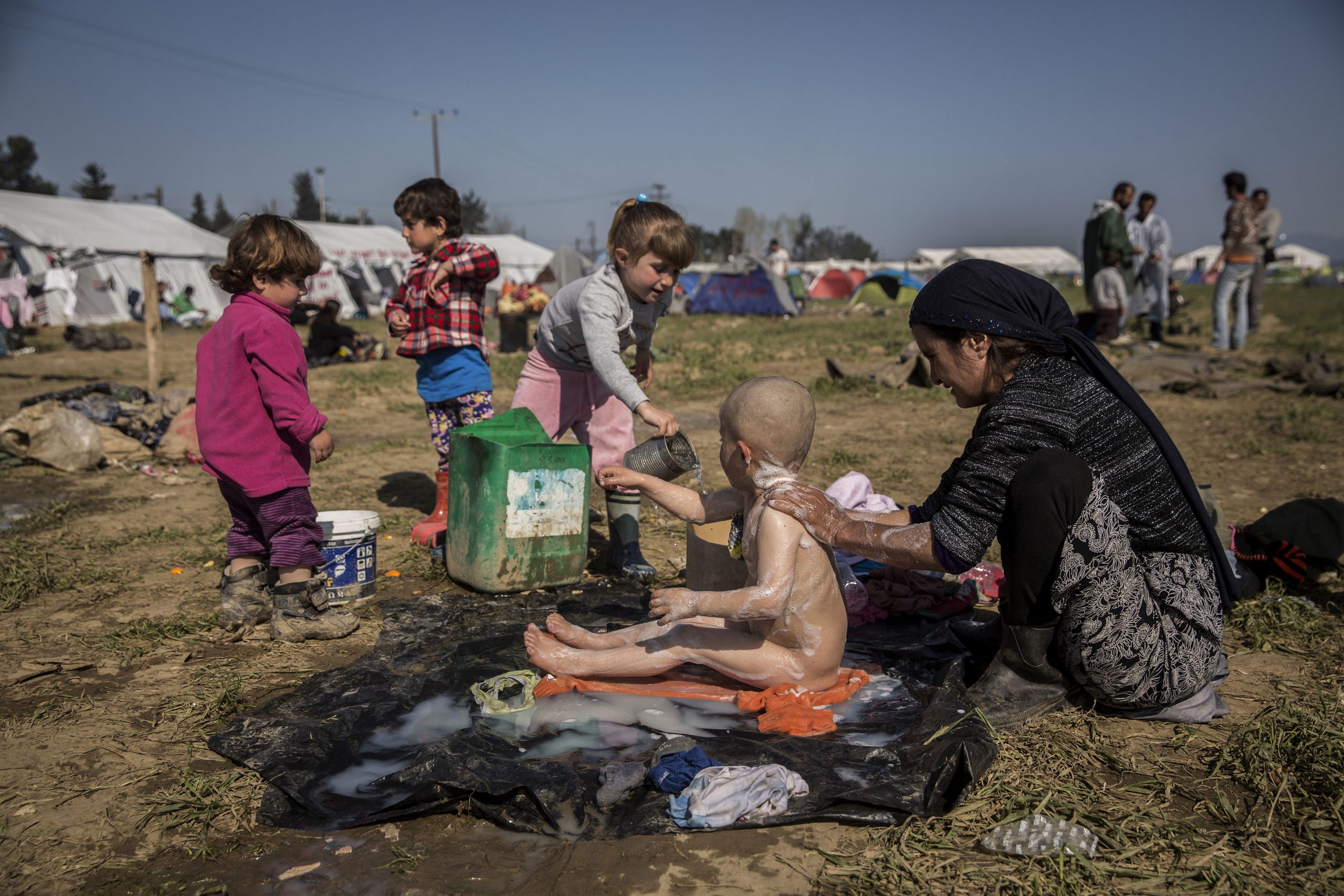 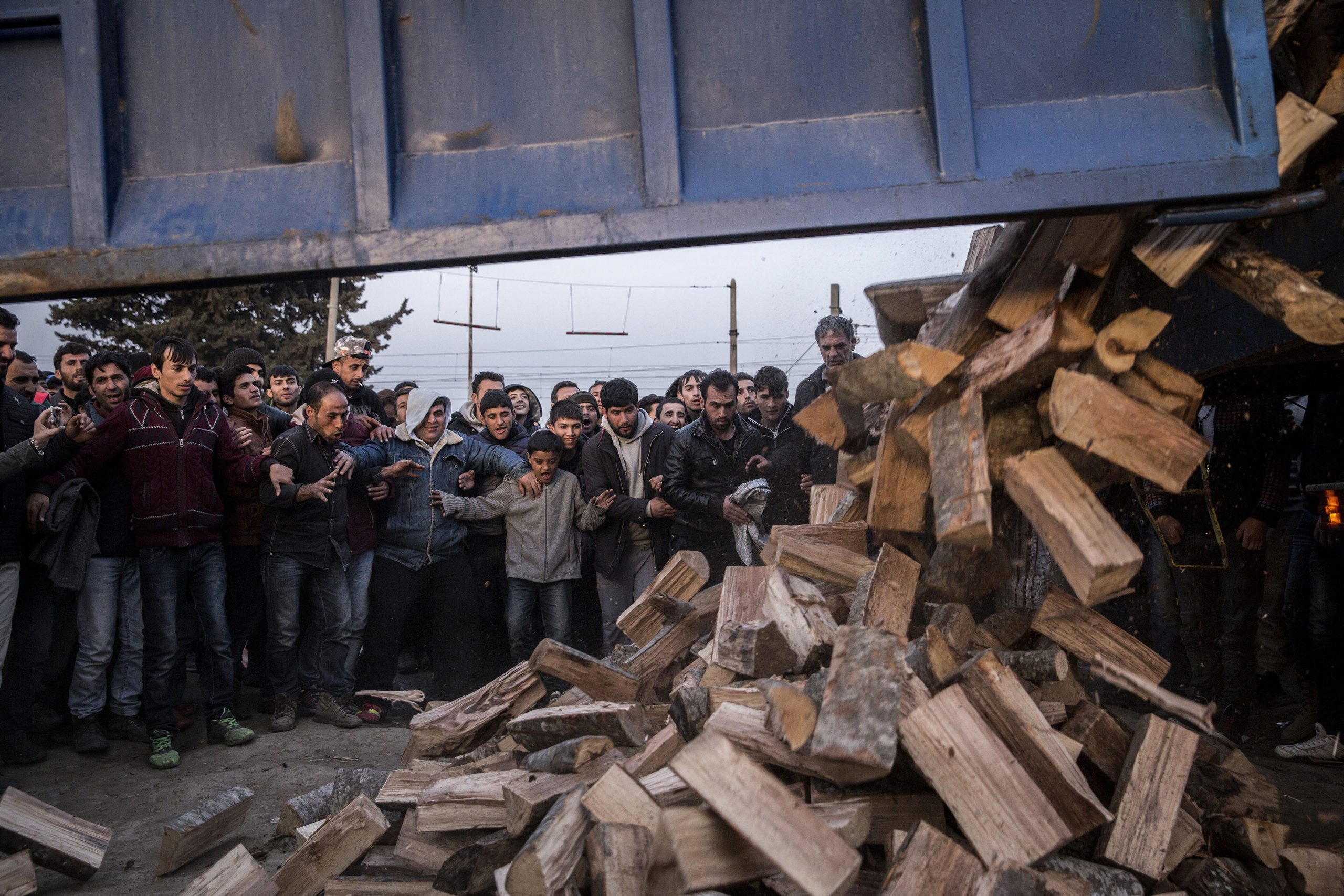 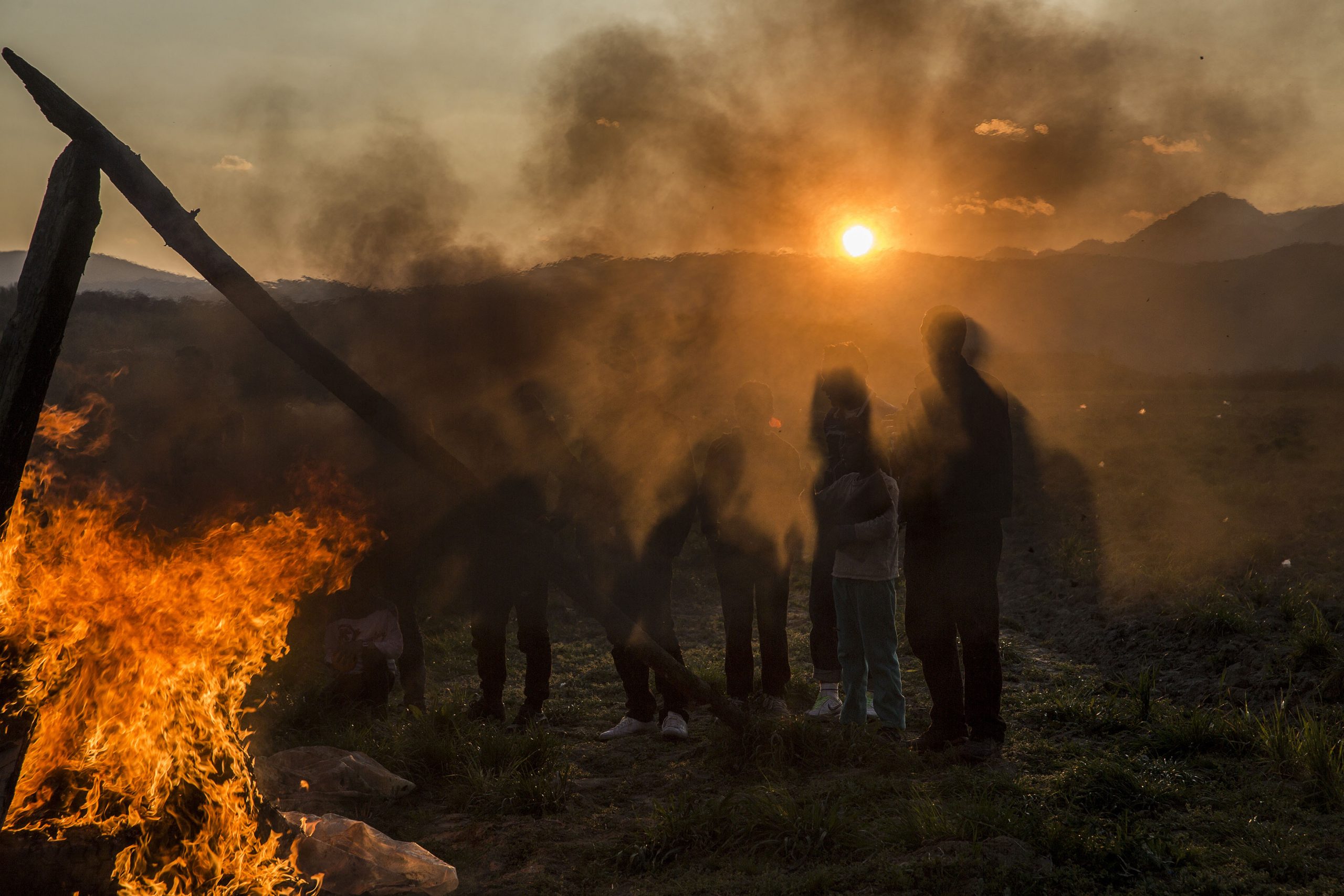 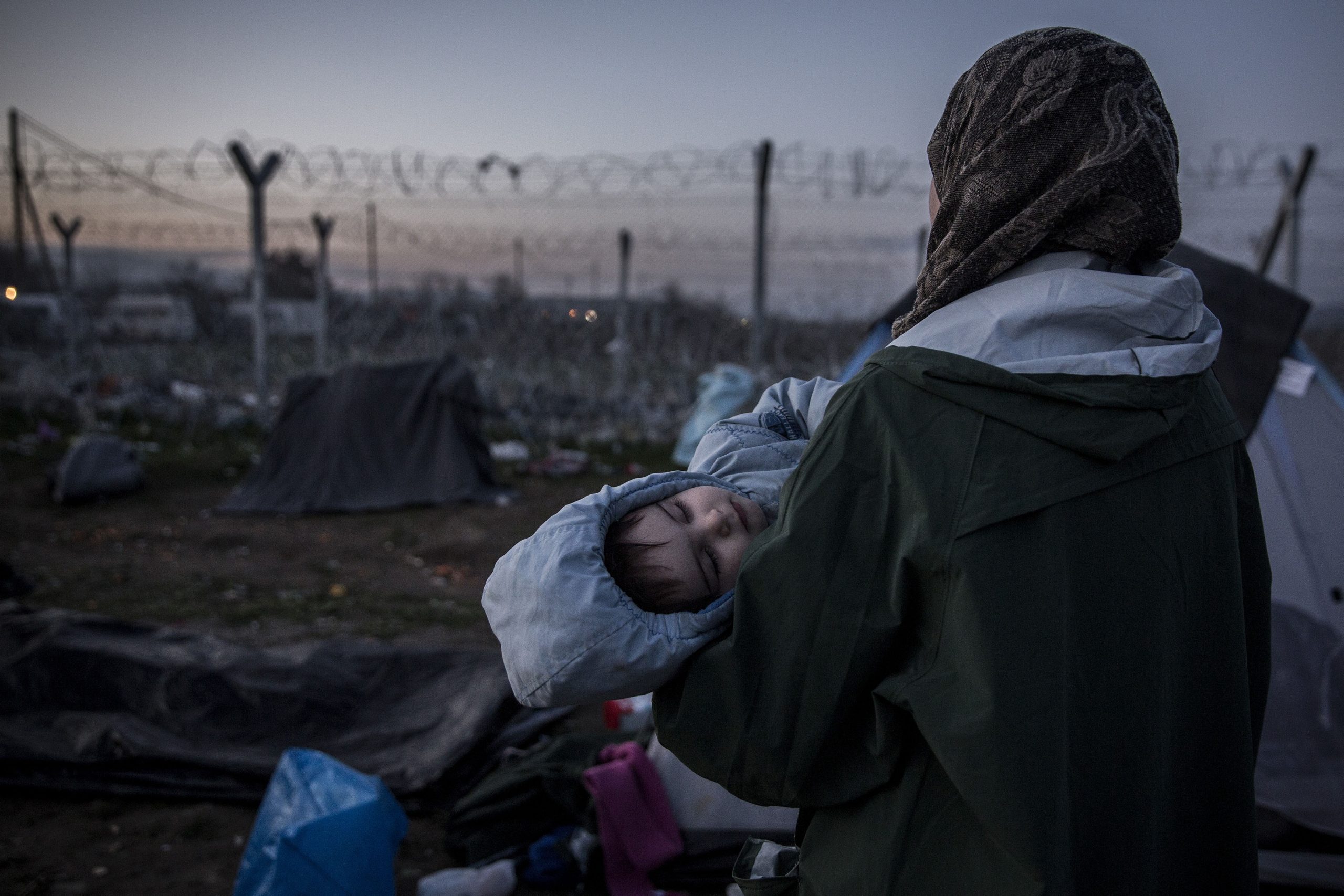 10. A refugee carry her son in her arms looking at the fence separating Greece and Macedonia. Idomeni, 02/03/2016.

On 9 March 2016, the border between Greece and Macedonia was officially closed for refugees. That caused about 14 000 people to pile up in the small town of Idomeni.

For more than two months the refugees had to survive in an improvised camp, unconditionally, sleeping in tents on the mud and eating thanks to the NGOs, until on May 24 when the Greek government began eviction of the place. 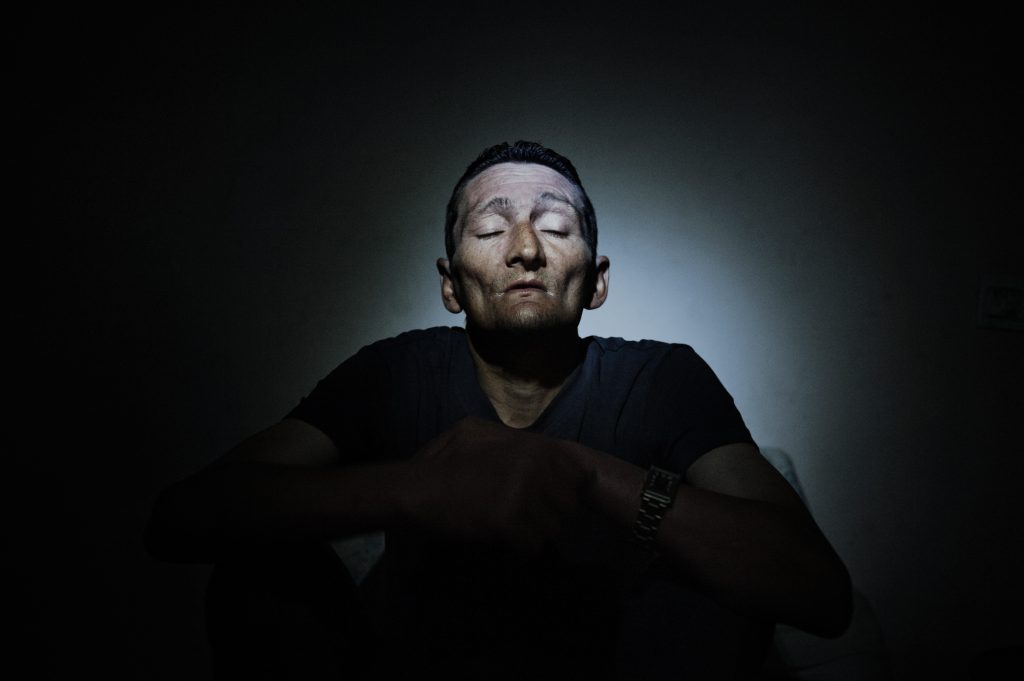 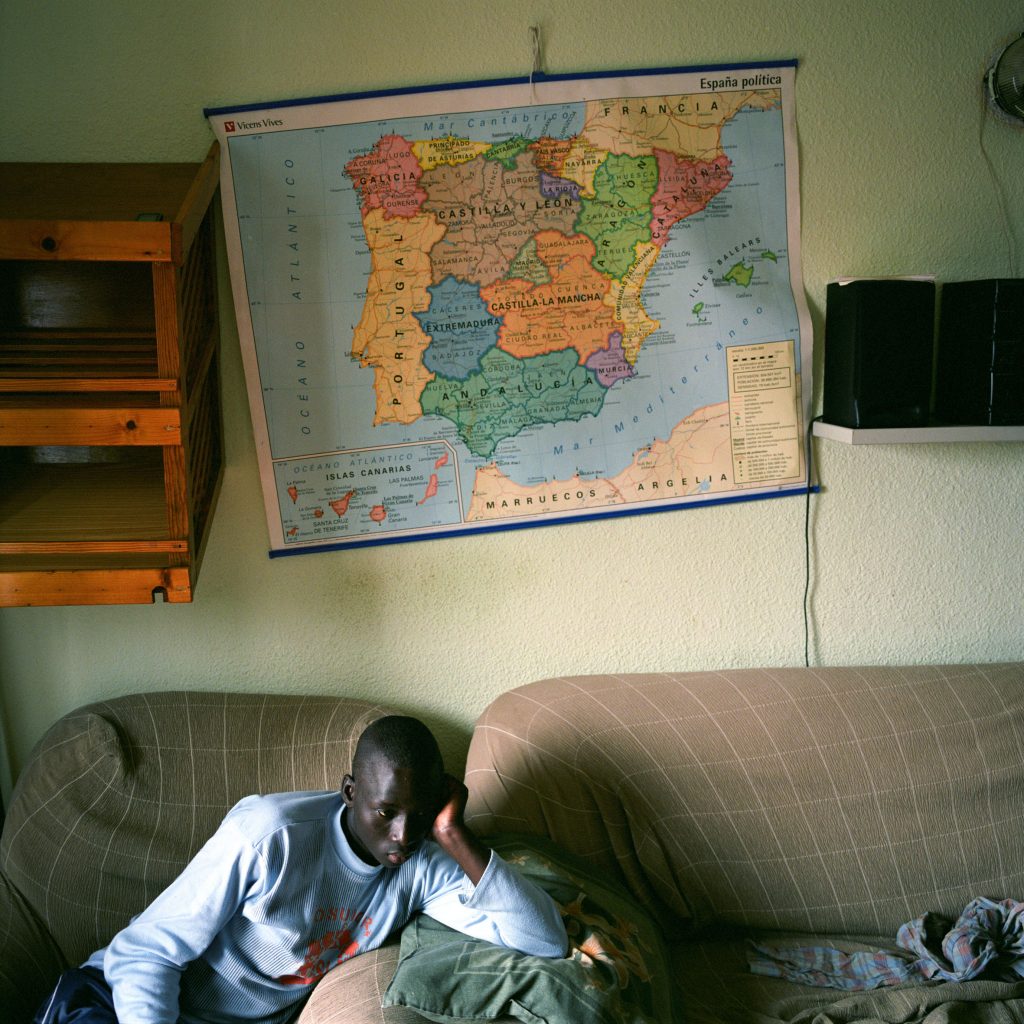 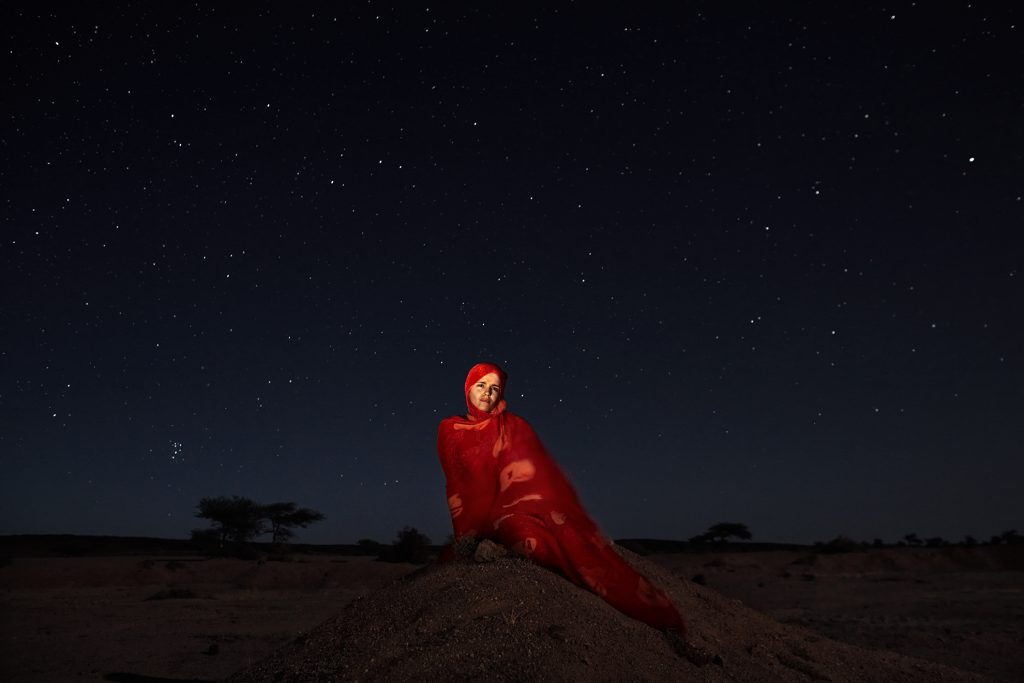