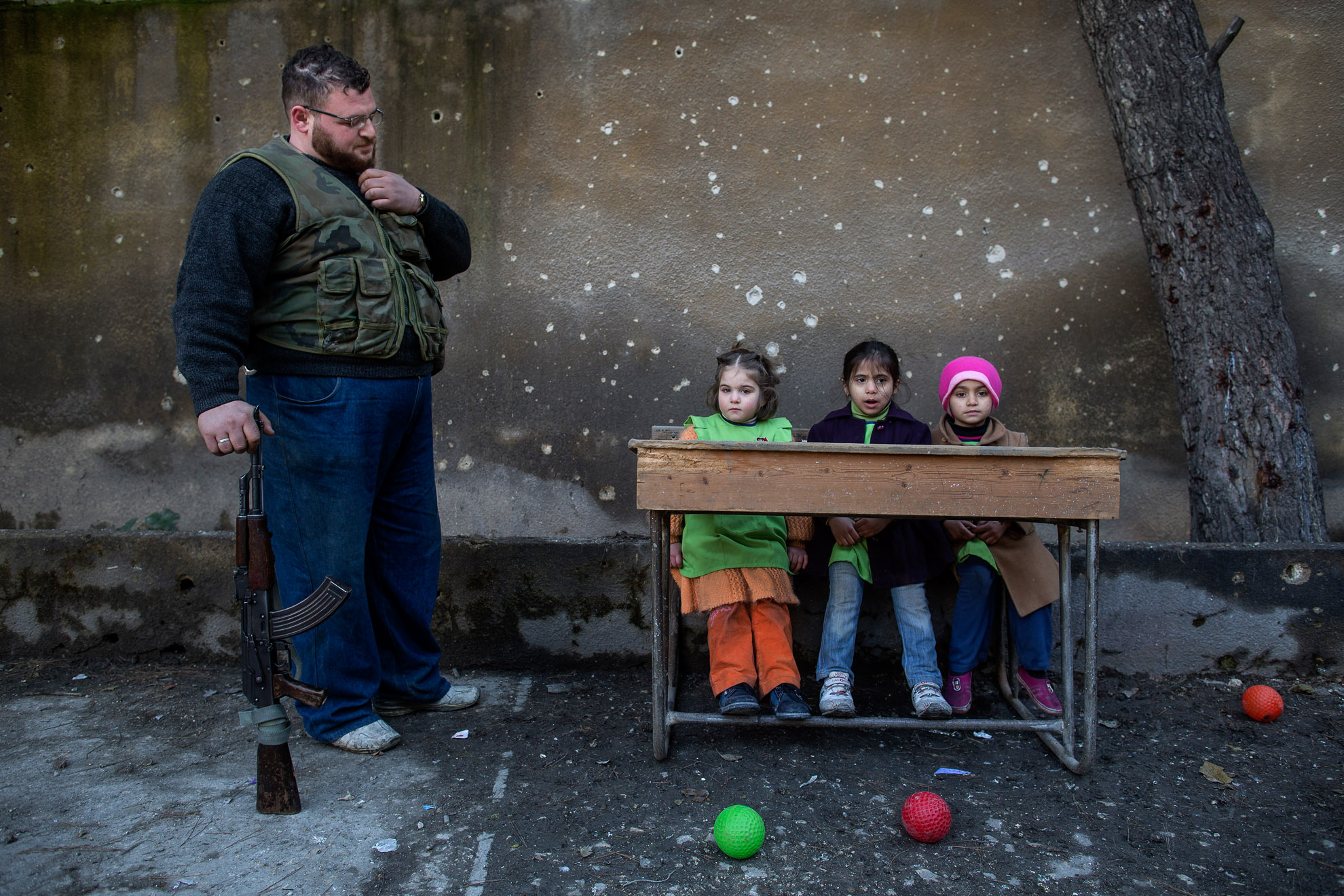 1. Aleppo, Syria. 2013-01-13. Children sit on school benches at Al-Tawheed school in Aleppo. Most of the schools in Aleppo are closed. Due to no heat and electricity they move some classes outside. 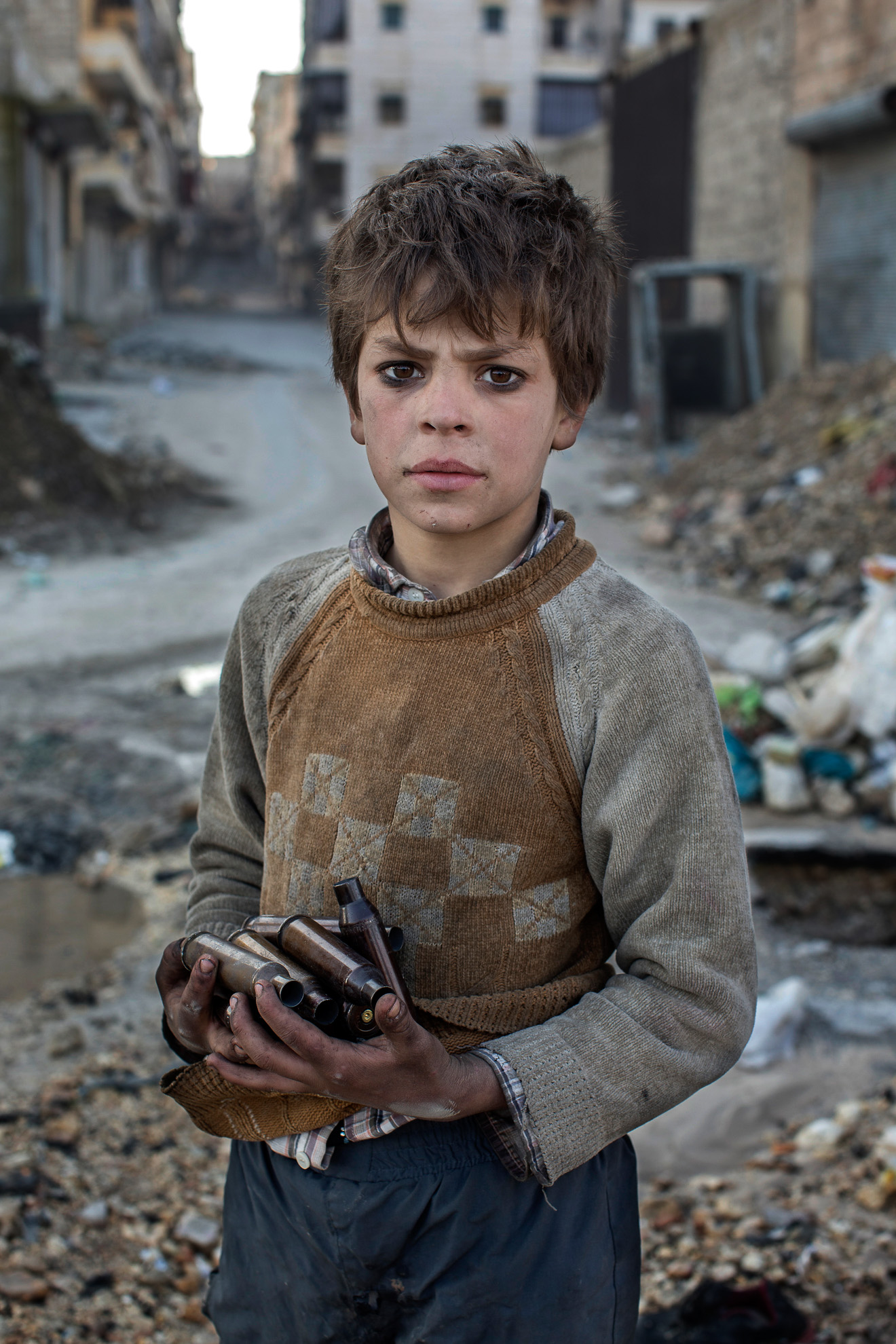 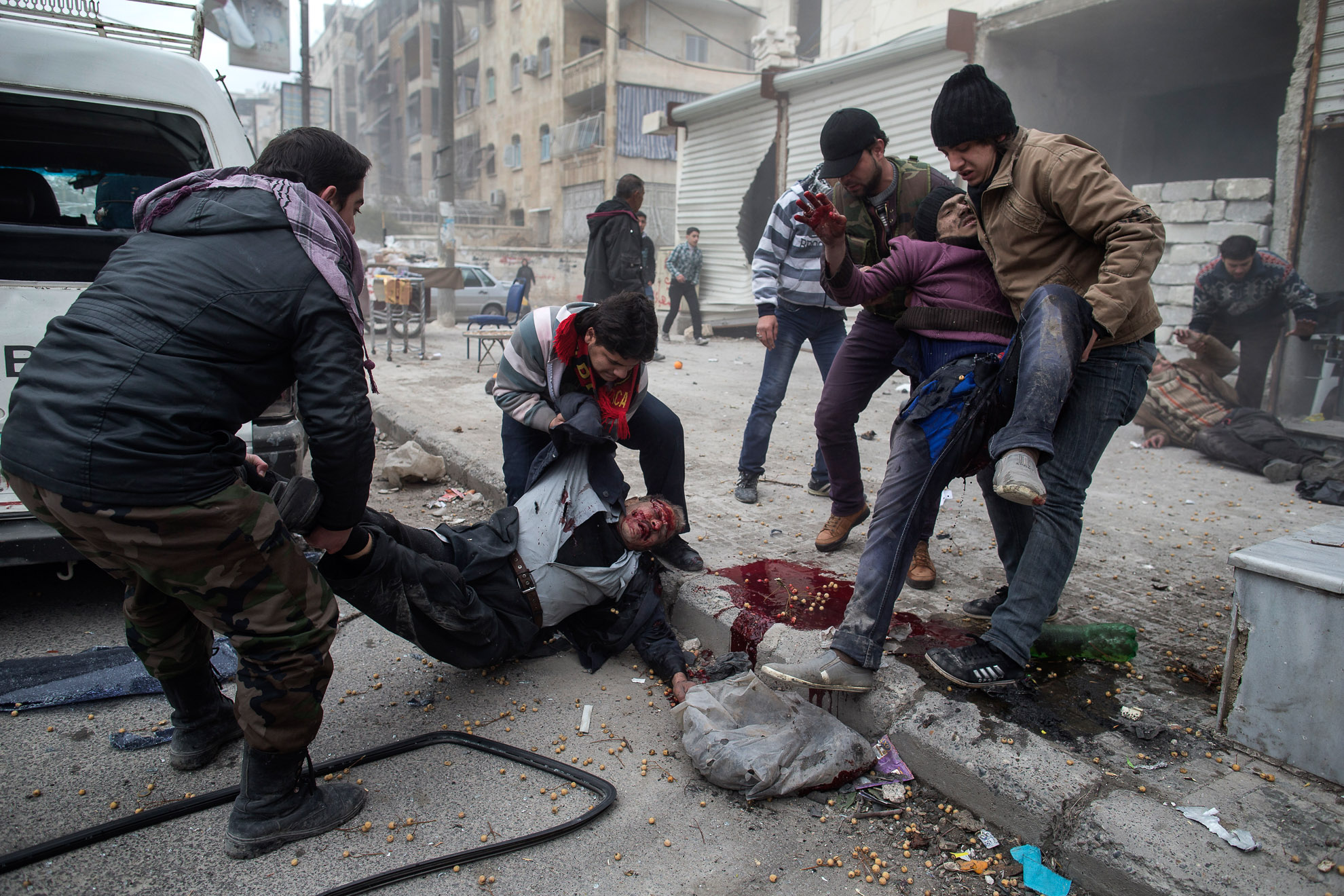 3. Aleppo, Syria. 2013-01-13. A man helps carry the dead body of a civilian killed after a mortar attack in the Saif al-Dawlah neighborhood of Aleppo. Six people died and sixteen was injured. 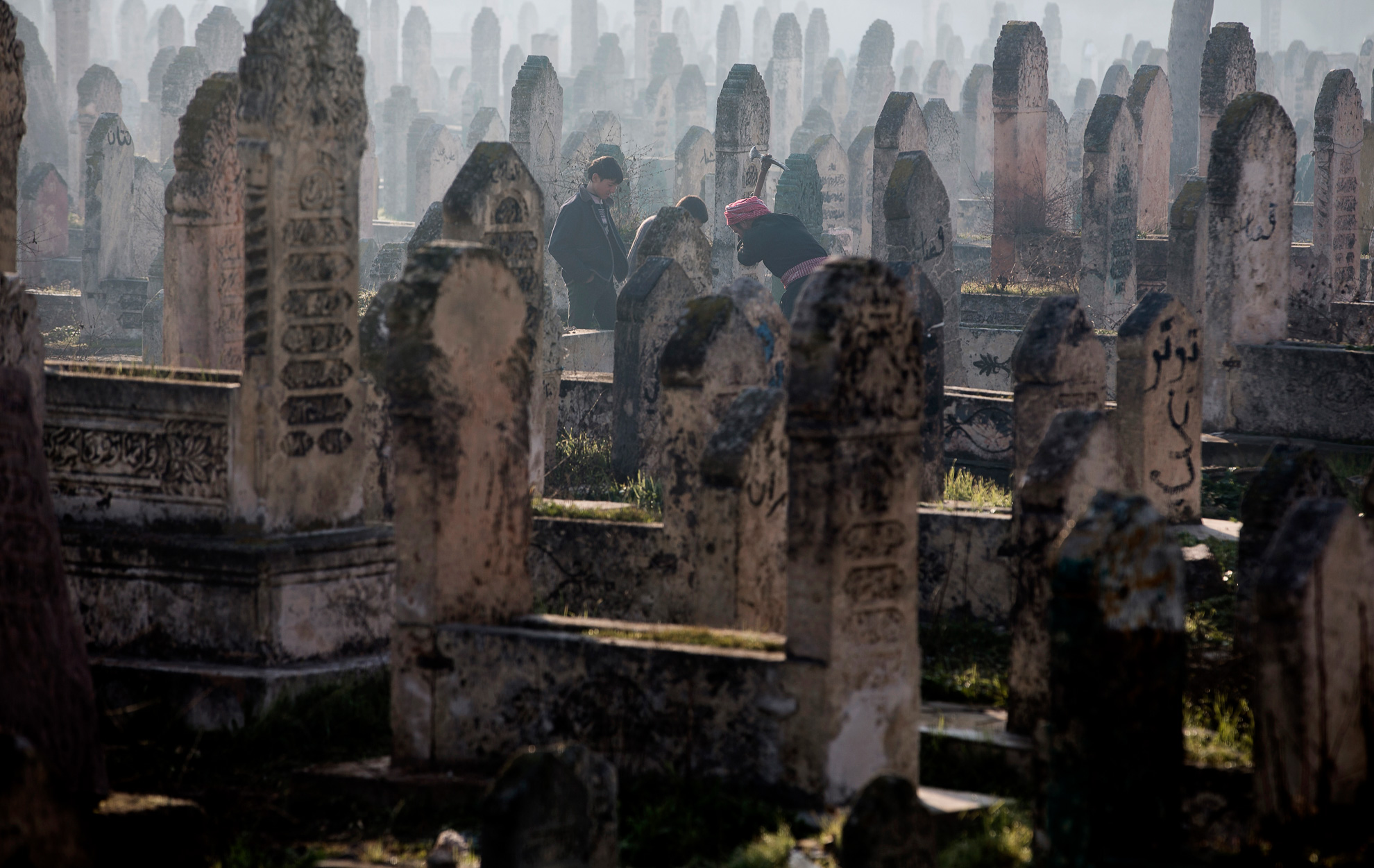 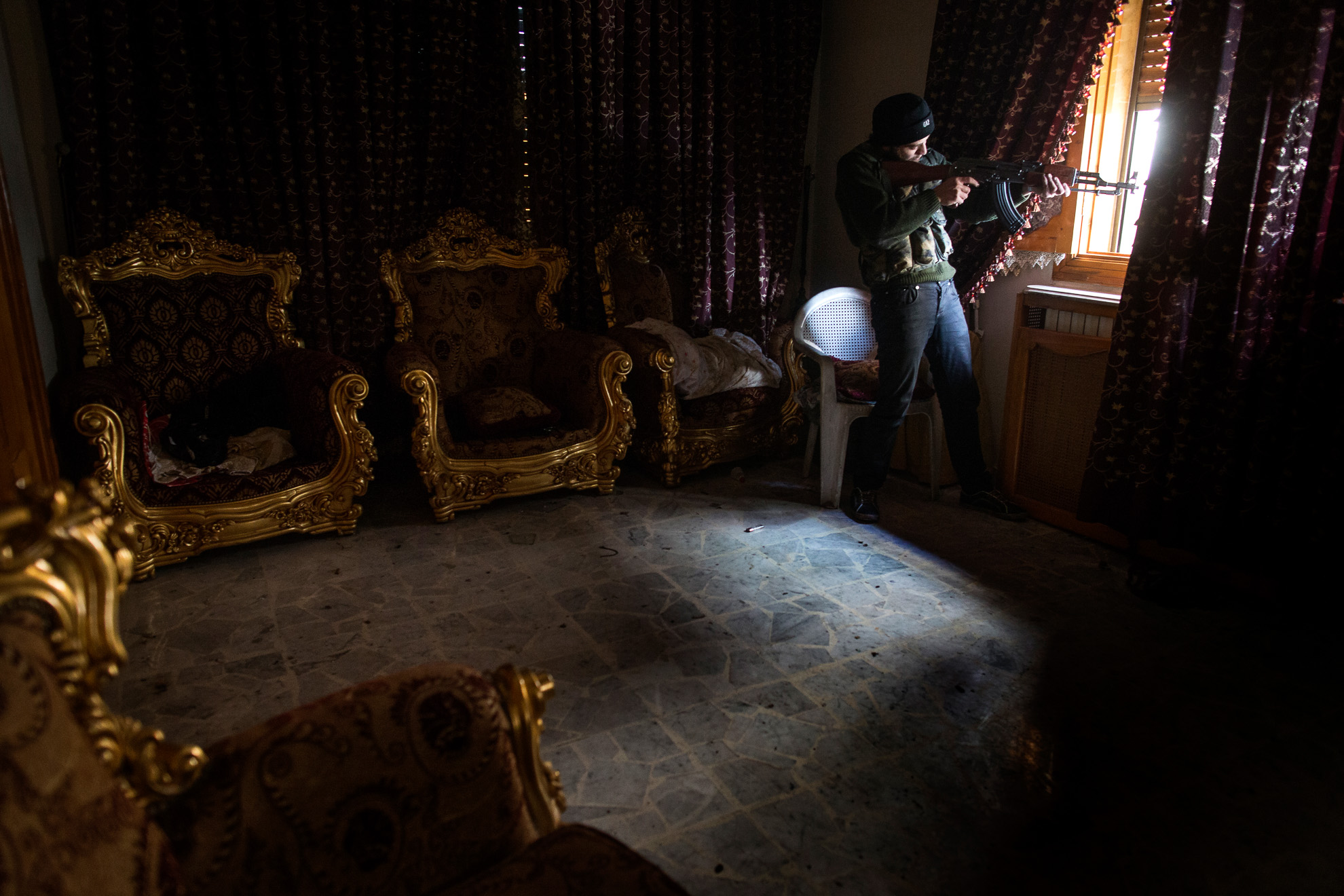 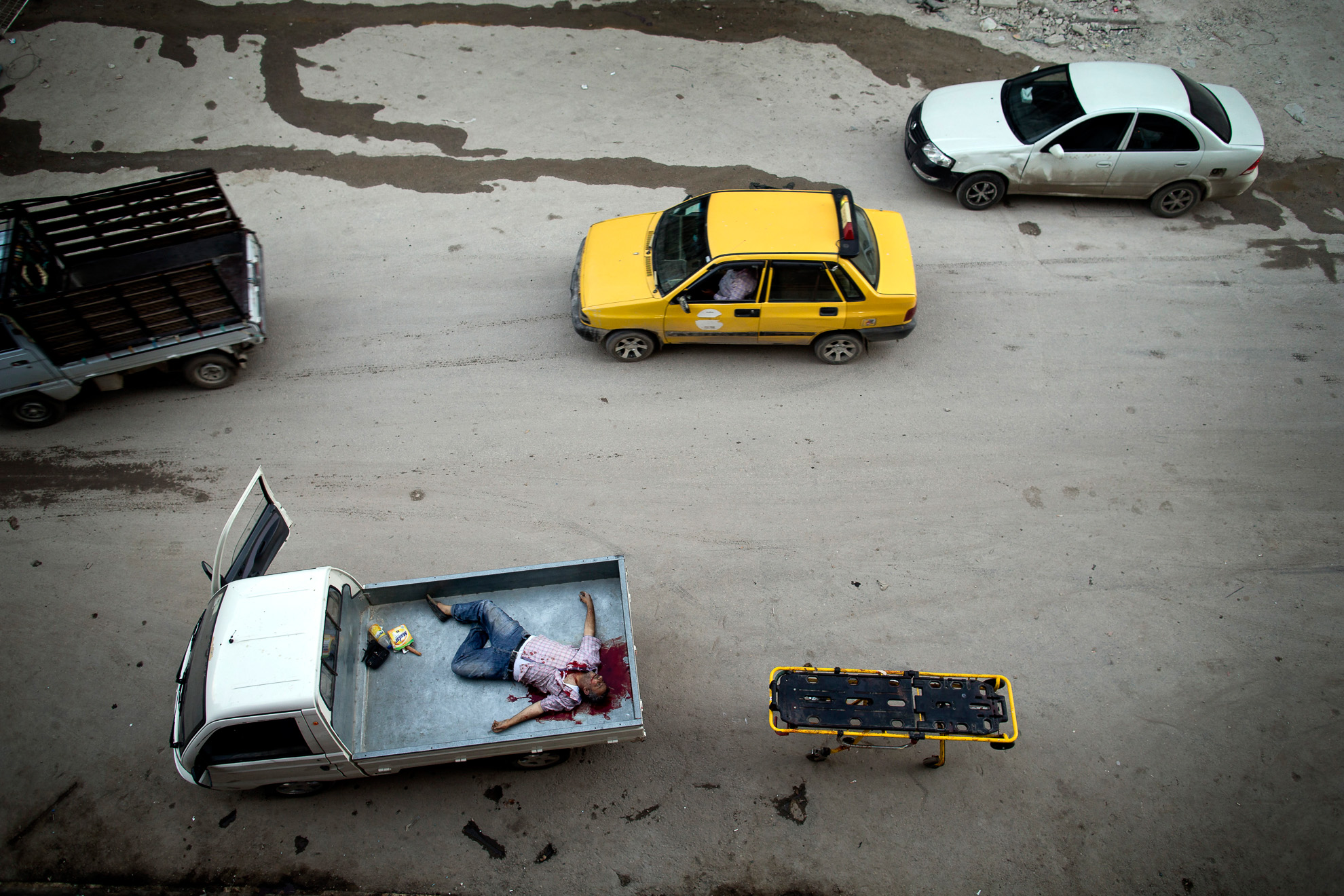 6. Aleppo, Syria. 2012-10-15. A dead civilian outside Dar al-Shifa hospital in Aleppo is loaded onto a pickup truck for transport to his family. He was shot by a sniper. 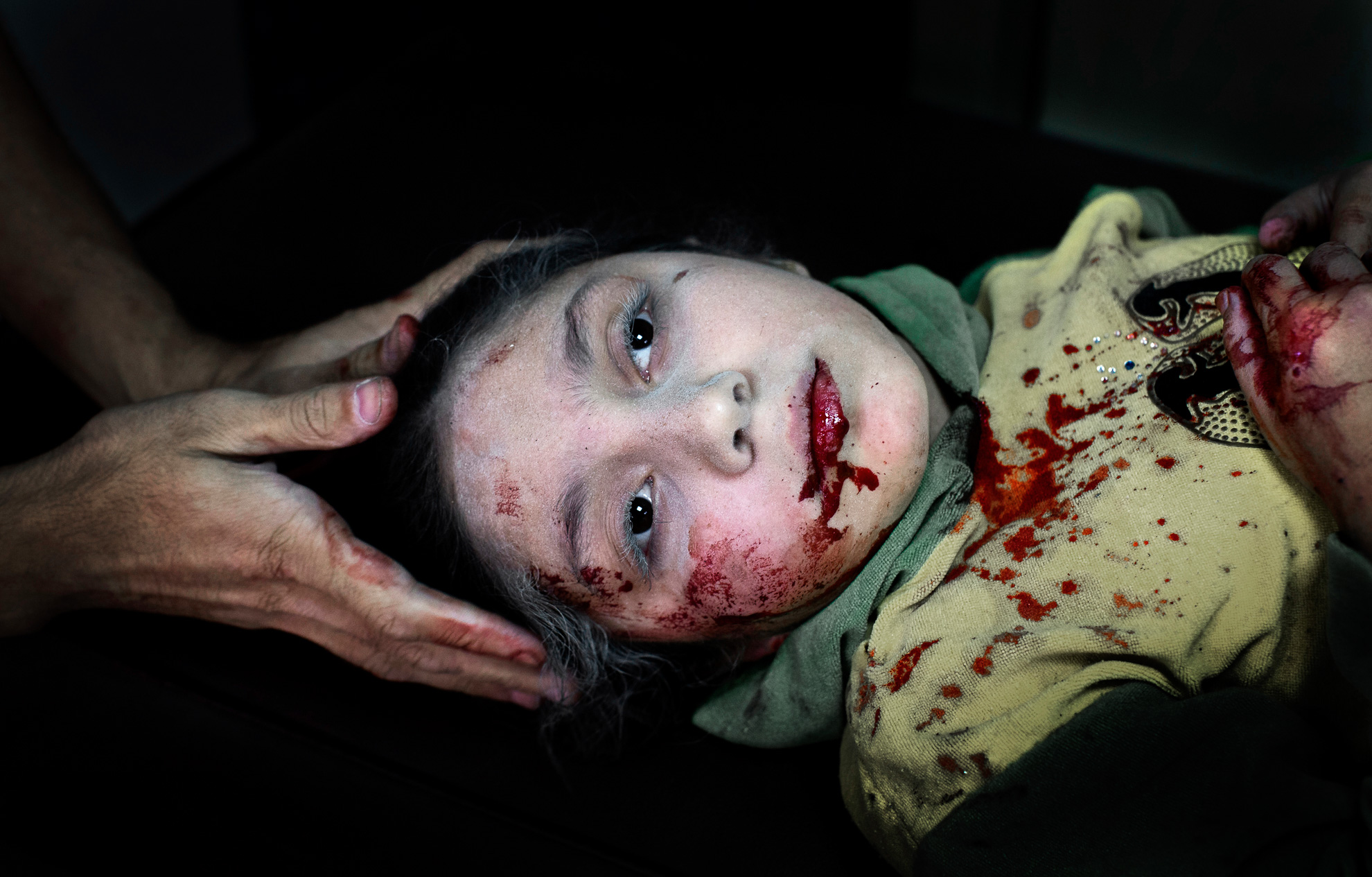 7. Aleppo Syria. 2012-10-15. Dania Kilsi, 11, is treated for shrapnel wounds at Dar-al Shifa hospital. She and her two younger siblings, Zaid, 2 and Fatima 6, were playing outside their home when they got injured from a bomb. 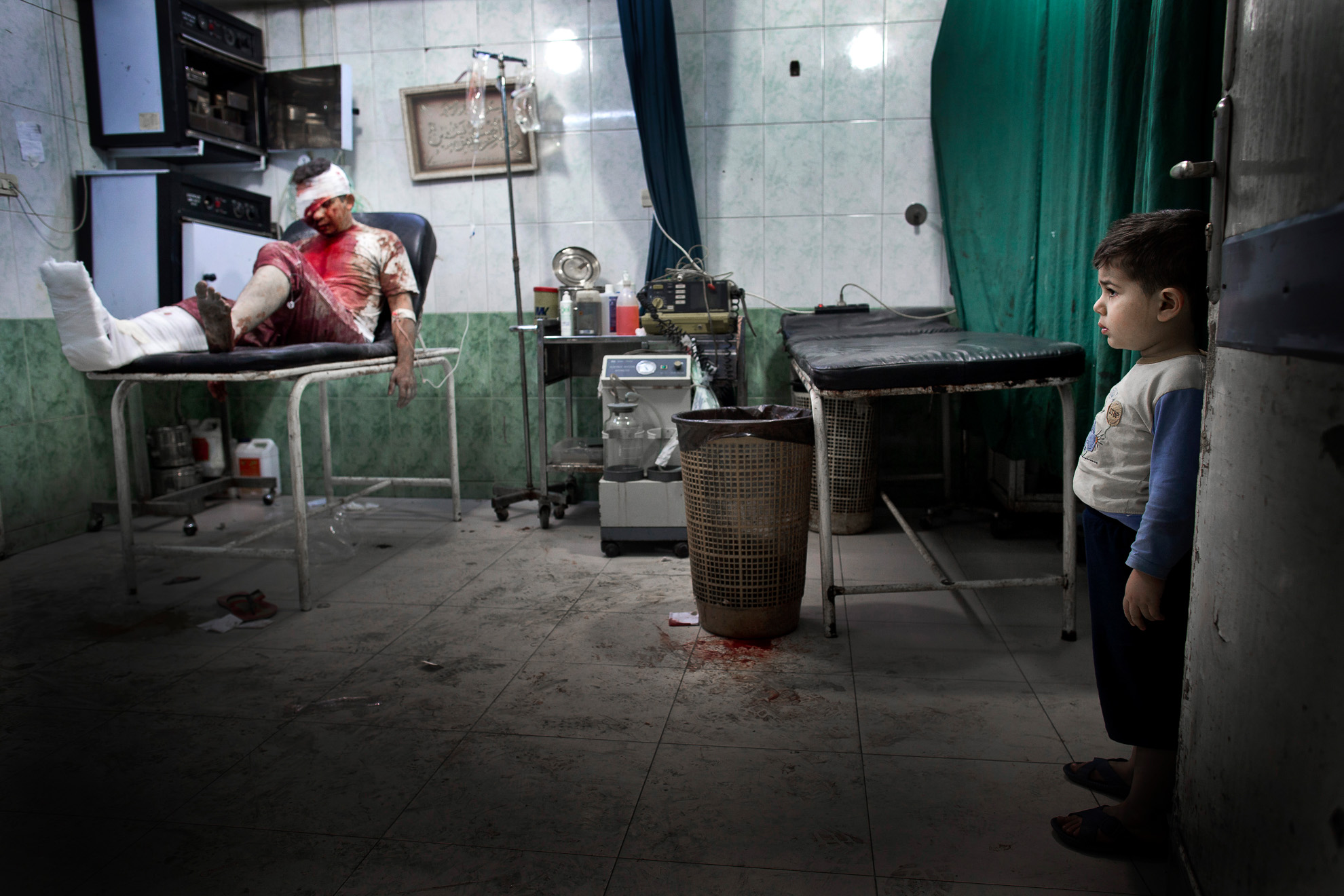 8. Aleppo, Syria. 2012-10-15. A young boy in Dar al-Shifa hospital look at the injured patients. The injured man was brought together with his pregnant wife to the hospital. They are both in critical condition. 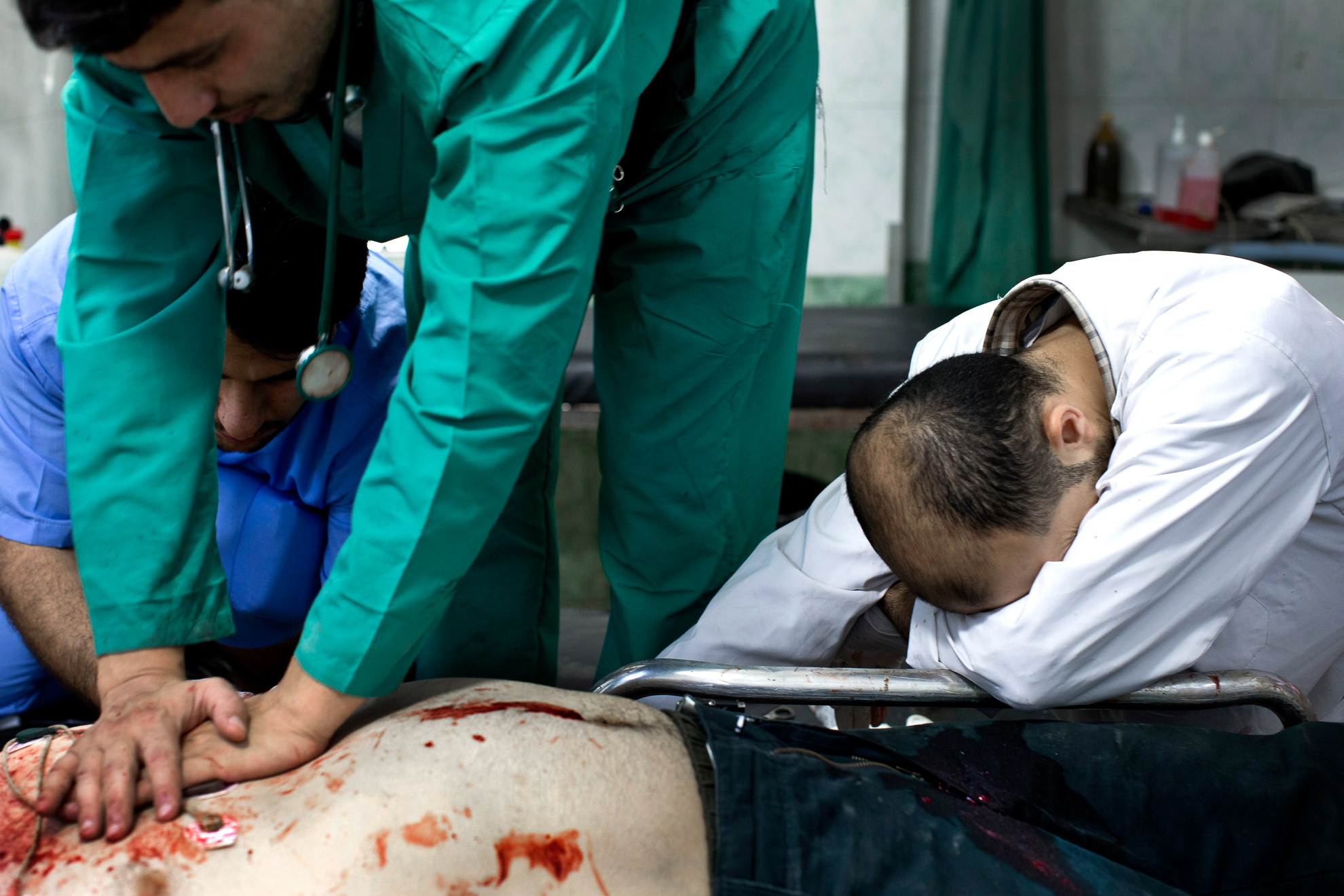 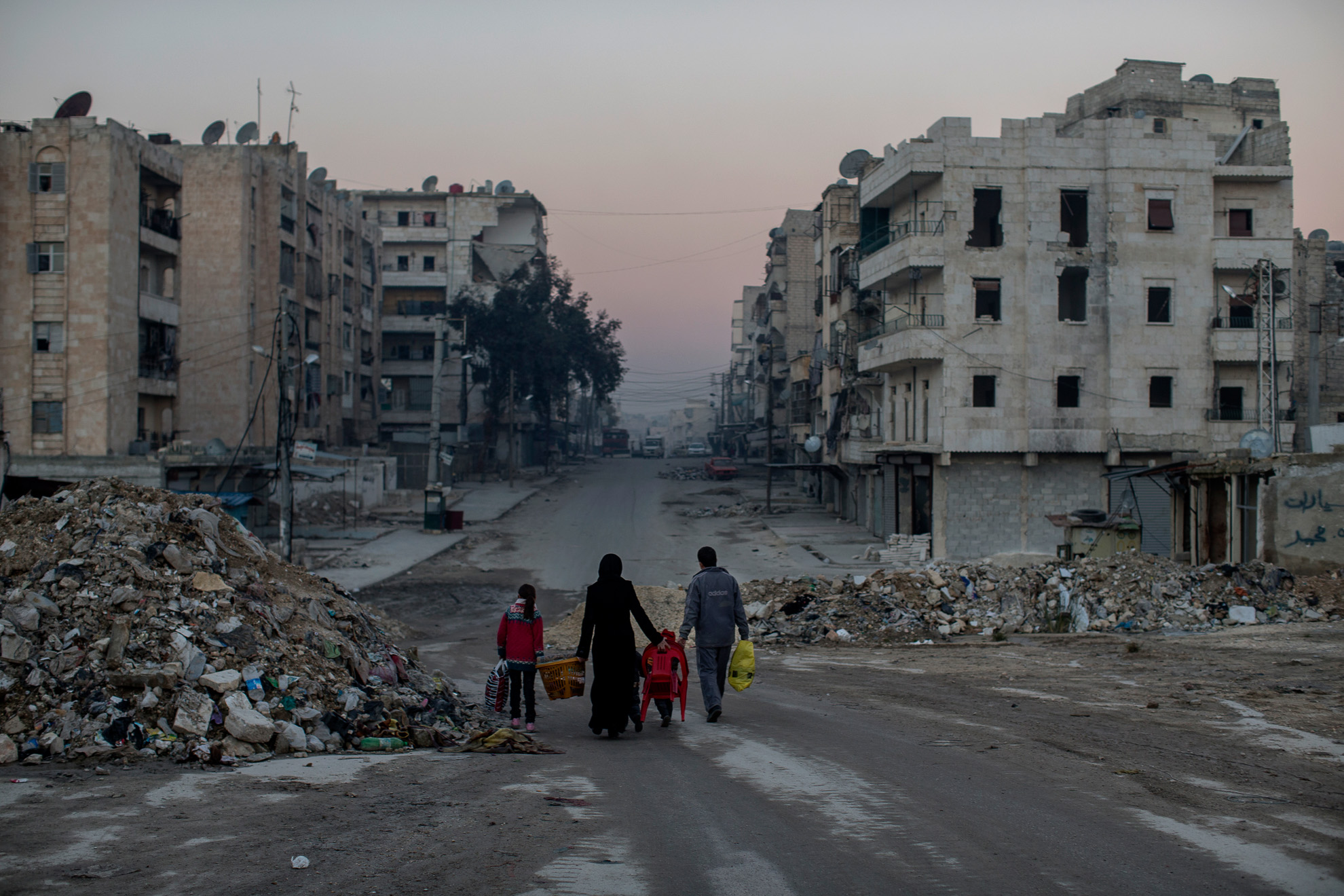 Hammarström won the XVII Luis Valtueña Award with this series of images on the Syrian conflict, taken in 2012 and 2013, titled “Aleppo”. The series shows his work in this war-torn city. The consequences are reflected in each of these snapshots, where death and destruction are the leading subjects.

Until 2014, there have been more than 2 million refugees and about 126,000 people casualties. Since the conflict began in Syria in 2011, more than 60
information professionals have been killed, more than 40 journalists have been kidnapped and at least 30 of them remain in captivity*.

Hammarström himself was kidnapped for 46 days in the Syrian city of Yabrud, near Lebanon, in late 2013. This is why Doctors of the World, in agreement with the Swedish authorities, decided not to announce the winner of this year’s edition, in order not to prejudice the efforts for his release.

Niclas Hammarström was born in Sweden in 1969. When he was 14, he started to take pictures at the Solvalla horse race track. He later studied
photography in Stockholm. After his studies, he worked at various newspapers in Sweden. In 1993, he began working as a contract photographer for the Swedish daily Aftonbladet, as their US-based photographer. While living in New York City, Hammarström photographing events in the US, Canada, and South America for almost five years. He covered major events, such as the siege in Waco, the World Trade Center bombing, the Oklahoma City bombing, the 1994 soccer World Cup, and the 1996 Olympics in Atlanta, as well as numerous Mike Tyson fights in Las Vegas.

In 1997, he returned to Sweden and joined the Aftonbladet staff, covering primarily sports for the next five years. In 2002, after the Olympics in Salt Lake City, he left Aftonbladet, stopped working as a photographer, and joined the family business selling and manufacturing handicap aid tools. In 2010, he sold the company and stayed home taking care of his family for a year, before realizing that he wanted to return to photography. In March 2011, he returned to Aftonbladet as a freelance photographer for the newspaper. 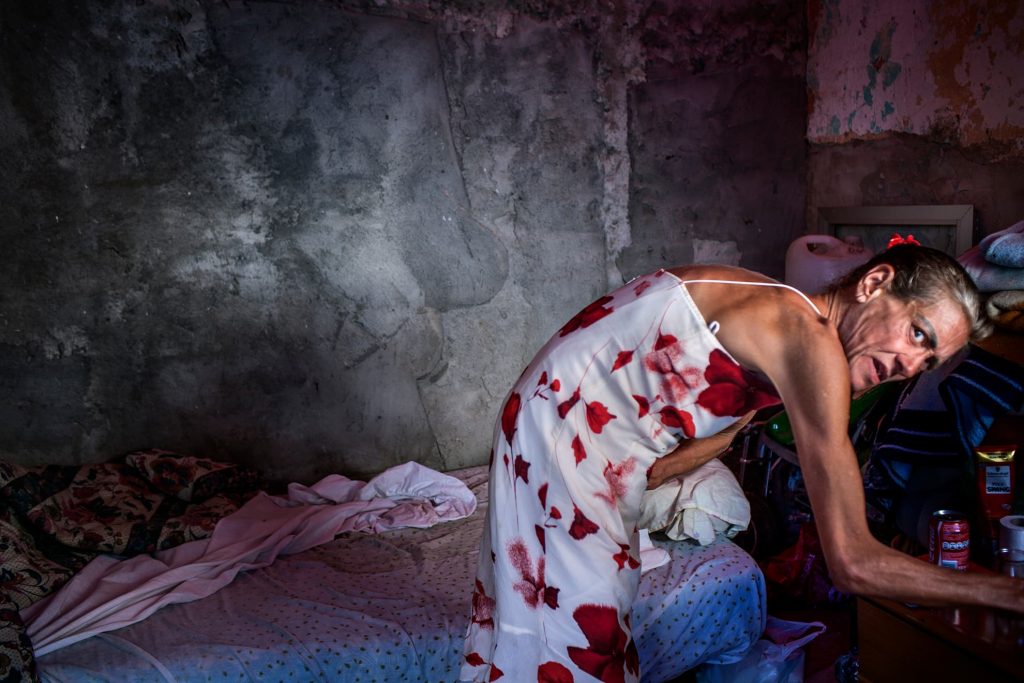 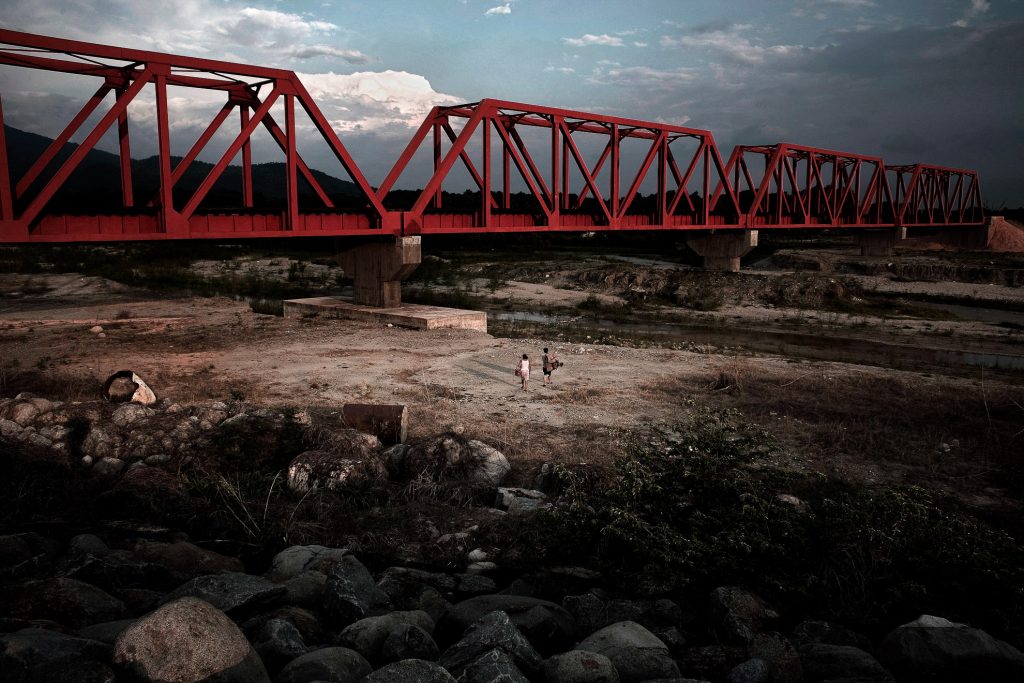 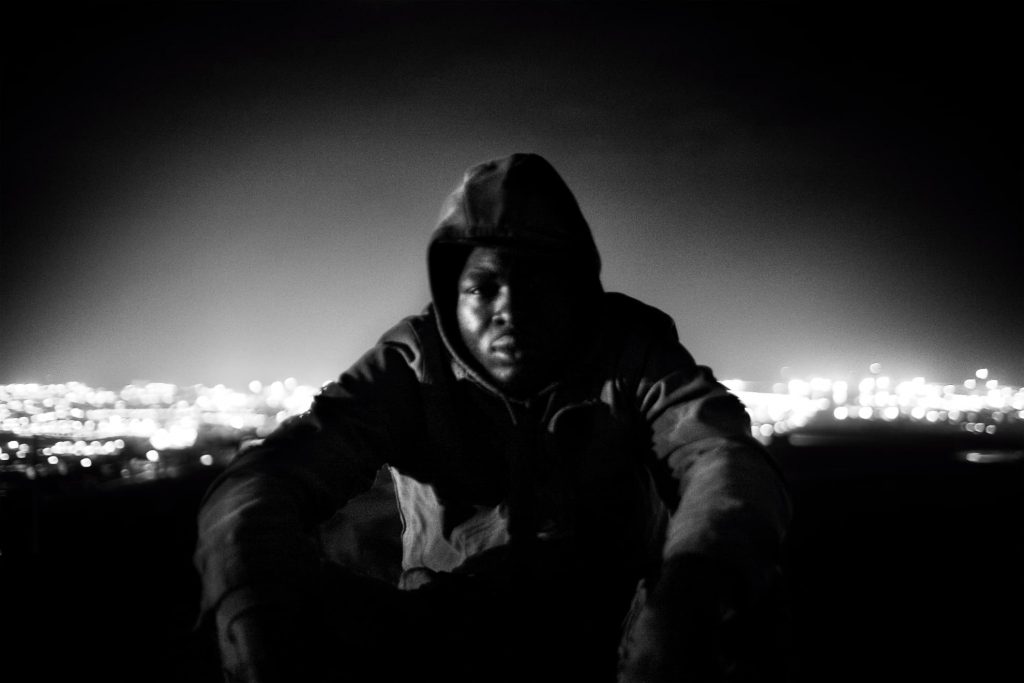